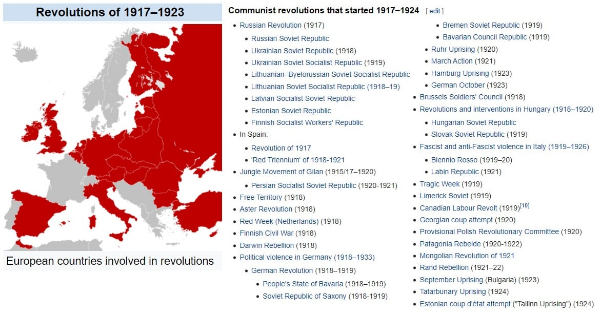 No ideologically Communist state has ever succeeded in implementing Communism. For some reason, the dictatorship phase never seems to “wither away,” as Marx claimed it would.

This is how it plays out, every single time:

>Workers are used as cannon fodder for The Revolution™

“We must do dictatorship, don’t worry comrade, it’s only temporary”

“Actually, that was not real Communism”

Well, Marx was never very specific, but according to Communists, “real” Communism is a worldwide, super-abundant, technologically advanced, stateless utopia, in which the workers own the means of production, and there is no regressive reactionary silliness, like race, and religion, and family.

Basically, “real Communism” is a schizopost that billions of people took seriously.

1917-23: After managing to take over tsarist Russia, Communist Bolsheviks took advantage of WW1 chaos and attempted to conquer the entirety of Europe via a strategy they called “World Revolution.” 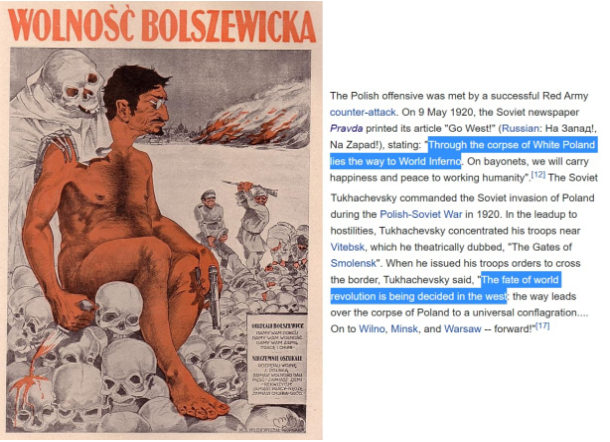 Lenin believed conquering Germany was the key to securing a Communist victory throughout Europe, and that the unindustrialized USSR could not survive without the industrial support of a Communist-controlled Germany.

As the German Communist Revolution began to fail in 1919, Lenin attempted to invade Germany himself, starting the Polish-Soviet War (1919-21) in the process.

Pravda published: “Go West! Through the corpse of White Poland lies the way to the World Inferno. On bayonets, we will carry happiness and peace to working humanity.”

Soviet commander Tukhachevsky declared: “The fate of the world revolution is being decided in the West: the way leads over the corpse of Poland to a universal conflagration.”

The USSR was defeated by Poland in a heroic clutch victory led by Commander Pilsudski, who Hitler admired as the saviour of Europe. Saving Europe from communism was a pipedream, because after WW2 ended (with the US fighting alongside communist Russia, oh the irony!), Poland was gifted to USSR on a silver plate by Churchill and Roosevelt, along with half of Germany and all Eastern Europe.

Fast forward to South Africa 2021, and we have a complete mess, where Communists are obviously involved front and center.

A long-term aim of apartheid was to give Blacks their own self-governing territory. Banning Blacks from living around Whites and giving them their own country was classified by the UN, USSR, PRC, etc. as a “human rights violation.”

South Africa is the model for all White countries.

All leading anti-apartheid activists in South Africa were from a certain tribe, and immigrants from the USSR, mostly from Lithuania. E.g.:

It was their scheme from the very beginning.

You can find them all listed here as “white” activists:

They received financial and military aid from Israeli Mossad, the USSR, and PRC, and economic assistance from Western sanctions on South Africa, which crippled the country. 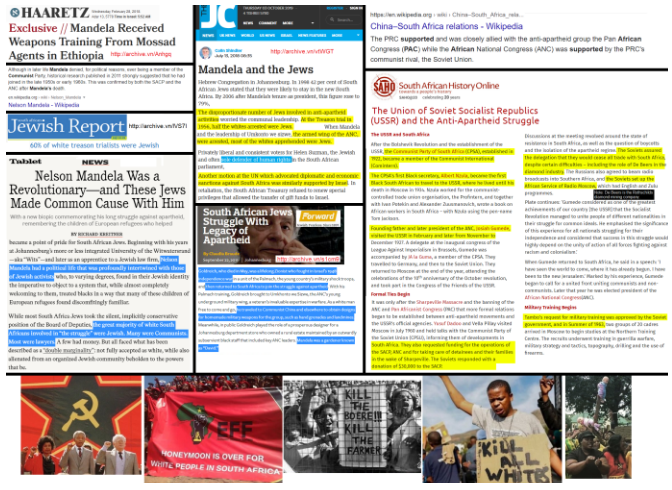 You can see the HD picture here.

The riots in South Africa are the opening of a new epoch in the country’s history. The blacks rioting are actually at least partially motivated by hunger.

From regional superpower to starving African nation in just a few decades,  and South African Whites are being set up for genocide.

The view that “Apartheid” is the world’s greatest evil after the Holocaust is just an ideological assertion, and as US influence declines worldwide, you’re going to see this narrative challenged, including in SA itself.