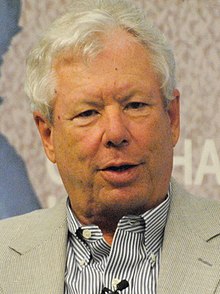 Ever since Brexit failed to break the bull, traders fear missing out more then losing.
At Credit Suisse Group AG’s prime brokerage desk in midtown Manhattan, the phone hardly seems to ring anymore. Its hedge fund clients don’t call about Donald Trump’s tweetstorms and the stock market or ask what to do when terrorists attack. And there was barely a whiff of panic when North Korea erupted in August. “Two rockets flew over the land mass of Japan and nothing happened,” says Mark Connors, Credit Suisse’s global head of risk advisory. “There were no calls. That’s absolutely crazy.”
Crazy maybe, but it’s become the norm on Wall Street. Whether it’s the threat of nuclear war, hurricanes, or Russian meddling, it seems nothing can unnerve investors bent on pushing the U.S. stock market higher and higher. Even Richard Thaler, who won a Nobel Prize last week for explaining how irrationality drives financial markets, said on Bloomberg Television he couldn’t understand why stocks keep going up now.

www.bloomberg.com/news/articles/2017-10-16/a-crazy-stock-market-is-punishing-sellers
A great article to get a feeling for the mania, the biggest in history. Here as a chart of US stock valuations by John Hussman.
www.hussmanfunds.com/wmc/wmc171009m.png

The following charts will provide a sense of where the U.S. equity market currently stands. The first chart shows our margin-adjusted CAPE, which as noted above has a correlation of about -0.89 with actual subsequent market returns across U.S. market cycles since the 1920’s.