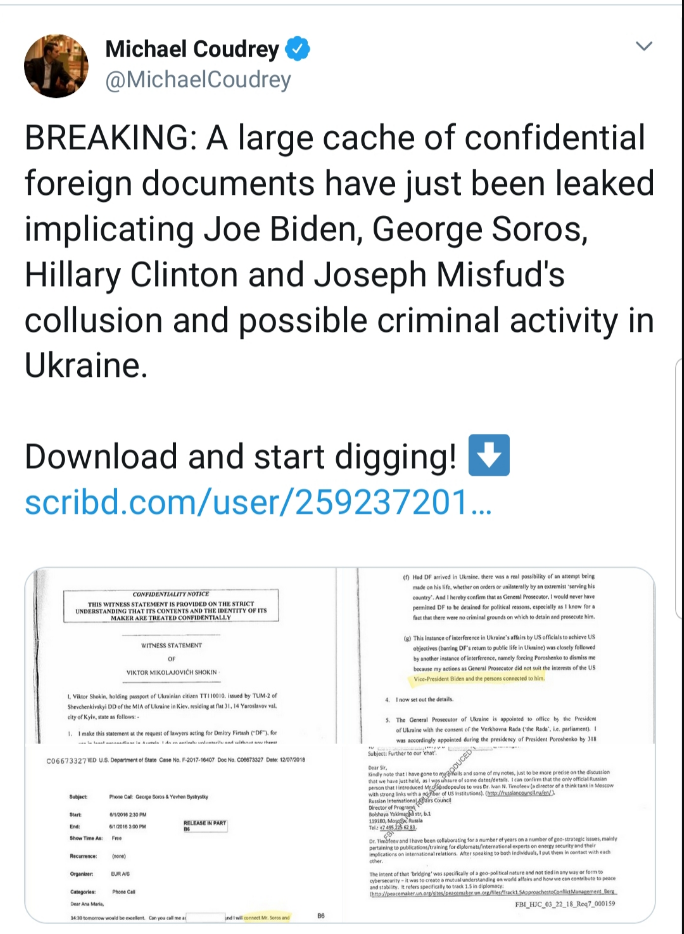 This describes the money transfer of

Further, part of the sums described above were transferred to Alan Apter, Alexander Kwasniewski, Devon Archer and Hunter Biden.

Why was a foreign company, that was being investigated by the Ukrainian General Prosecutor’s office for corruption, suddenly retain & solicit high profile US persons affiliated with government and pay them such large sums of money?

In conclusion, it is to the best of my knowledge determined a corrupt foreign gas company solicited high profile US persons affiliated with government to illegally influence official US Foreign Policy, & pressure the Ukrainian government to shut down its corruption investigation.

Oh My.  Documents released this evening tie millions from foreign sources to the Hunter Biden, Devon Archer and John Kerry and his family!