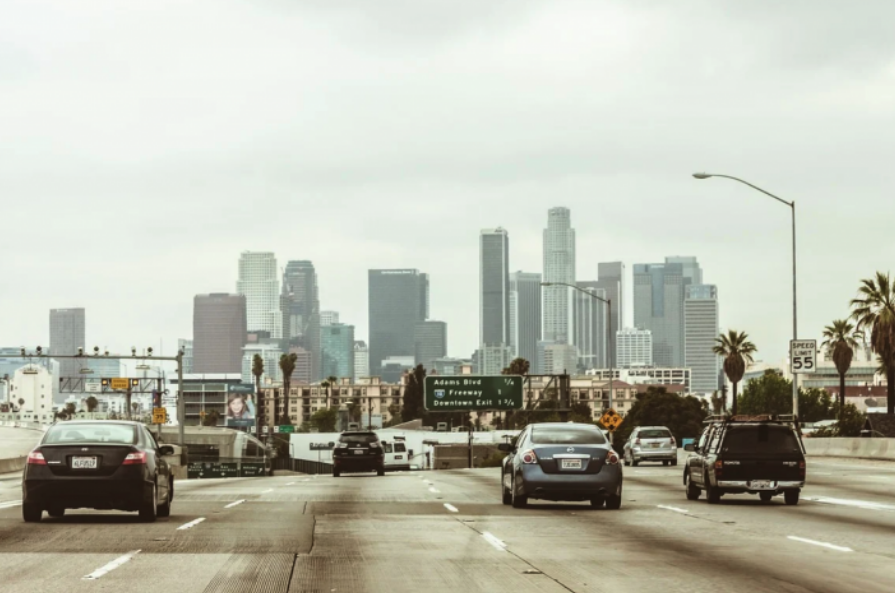 If you look like you have money, you are a potential target.  I know that statement may sound crass, but we all need to understand that the environment in this country has fundamentally changed.  Criminals in our large urban areas are specifically searching for easy targets that appear to be wealthy.  So if you are spotted leaving an expensive restaurant in a very expensive vehicle, you may be facing gun-toting criminals in your driveway once you get back home.  Last month, the Los Angeles Police Department issued a community alert warning of an alarming rise in “follow home robberies”…

Suspects have been locating victims before following them and committing the robberies as the victim arrives home or at their business, according to a safety bulletin released by the department’s Robbery-Homicide Division.

Authorities say victims have been followed from places such as the Jewelry District of Los Angeles, nightclubs and high-end restaurants, and along Melrose Avenue.

In the old days, criminals would be content with just taking a purse or a wallet.

These days, they want to follow you home and go through everything that you have got.

Burglars in California are appearing to target the homes of Asian-Americans while posing as landscapers in a series of thefts that come amid a rise in follow-home robberies, authorities said last week.

The Torrance Police Department issued a warning on Wednesday about the similarities between multiple residential burglaries that have occurred in recent weeks in Torrance, a city in the Los Angeles Metropolitan area.

If a group of young men come to your home uninvited, do not open the door and do not let them inside.

That is only common sense, but many people are way too trusting these days.

Of course many criminals are still breaking into homes in the middle of the night.  On December 1st, 81-year-old philanthropist Jackie Avant was ruthlessly murdered by thugs that invaded her home while it was dark outside…

“It’s hard to believe someone would murder an 81-year-old woman in the middle of the night at Trousdale Estates,” said veteran radio host and Avant family friend, Tavis Smiley, in an interview with TheWrap. “It’s hard to wrap your mind around something so barbaric.”

Celebrities all over L.A. are freaking out about this incident because they realize that the exact same thing could soon happen to them.

See also  Following yesterday’s 7% CPI inflation print for the US, look today for the PPI. The median forecast of 9.8%, if met, would constitute another record annual increase in producer prices.

In northern California, professional thieves targeted a string of cannabis shops during the month of November…

Cannabis shops across the San Francisco Bay Area have been thrown into dire straits as gangs of thieves broke into more than 15 shops throughout November during the series of ‘smash-and-grab’ robberies that are plaguing California.

Who would have ever imagined that?

Meanwhile, younger employees at Bank of America in New York City are being encouraged to “dress down” in order to make themselves less attractive to violent criminals…

At Bank of America, senior executives have quietly encouraged younger employees to “dress down” to attract less attention as they make their way to B of A’s tower at 1 Bryant Park.

These execs have told their staffers that dressing up, or wearing anything with a Bank of America logo, could make them a target. One bank employee told On The Money he is on high alert after he spotted someone with a knife near the office during a recent trek to the Manhattan workplace.

At one time, New York City was one of the safest major cities on the entire planet, but now violent crime is starting to spiral out of control.

Last week, the entire world was stunned by the brutal stabbing murder of a Columbia University doctoral student…

A Columbia University doctoral student was knifed to death Thursday night near the Ivy League college’s historic Manhattan campus – one of three people attacked by an ‘ecstatic’ gang member on a violent stabbing spree.

Davide Giri, 30, a PhD candidate in computer science, died around 11pm after being stabbed in the stomach by a 25-year-old member of the Bloods gang off-shoot, Everybody Killas, who has 16 prior arrests dating back to 2012 and was out on parole for a 2015 gang assault, police said.

I know that this may not be politically correct to say, but if you see someone walking around with a knife in the middle of a large city, the best thing to do is to run.

Many years ago, following my instincts got me out of a couple of really bad situations.

Of course the violence in our major urban areas is much worse today, and the numbers just continue to rise.  For example, the number of felony assaults in New York City is way up compared to a year ago…

Of course, it’s not just Bank of America where worries over crime pervade. The city reported a 15 percent increase in felony assaults over the past 28 days, as of Nov. 28, when compared to the same period a year ago, according to NYPD statistics.

Needless to say, this is just the beginning.  The crime and chaos in our biggest cities is going to escalate even more in the years ahead.

We live at a time when the poor greatly resent the wealthy, and many of those that are “taking from the rich” actually feel justified in doing so.

If you are wise, you will adjust your behavior accordingly and make yourself less of a target.

But most people will just keep on doing what they have always done, and the predators will continue to have plenty of easy targets.