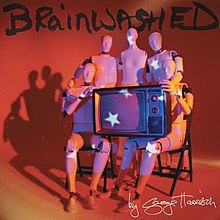 With recent denouncements of President Trump and the entirely unsurprising calls for impeachment (that were in fact being called for by the same people before he even took office), coupled with the fact that yesterday marked 18 years to the day that the Clinton impeachment began, I thought I might try a small social experiment to find out just how much work has been done by the Liberal media to brainwash today’s youth.
This is an incredibly unscientific experiment, but every word is true.
Not being an American, I do pride myself on having a fairly good grasp of American politics and political history for a foreigner. I know for example that Andrew Johnson, the 17th President, was the first President impeached under the Constitution. I also know that Bill Clinton was the second President impeached. But I wondered how many of the “younger Americans” I work with would actually know any of this.
I set out three questions to ask the people individually (they range in ages from 25 to 30):

There were some interesting follow up questions, too. Can you make any predictions on the answers? Personally, I was quite shocked by the results, but it did confirm my suspicions that the young are under a complete media assault to control perception.
Question 1 Results:
Not a single person knew that two Presidents had been successfully impeached. The most notable guesses were “zero” and “about twenty”.
Question 2 Results:
After being informed that there were in fact two Presidents successfully impeached, I asked who they might be. Almost all said Richard Nixon, one said Andrew Jackson (although they probably meant Johnson), and here is the BIG deal…Not a single person said Bill Clinton!!! Not one!
I was blown away. This was within their lifetimes, we have just had an election where Bill was hardly off the screens, surely this must be basic common knowledge? But no. Not a single person said his name…and it gets worse.
When I said that one of the impeached Presidents was Bill Clinton, I was uniformly met with quizzical frowns, and more than half of the people said the exact words: “What? For having an affair?” At which point I explained that having an affair is not grounds for impeachment, so I asked the third question.
Question 3 Results:
This was perhaps the most disappointing in terms of comedy value, but interesting in a big-picture kind of way. Mostly they responded with blank stares initially, and then admissions that they didn’t know. One answer did stand out though: Taking us into a war. Hmmmm.
I couldn’t believe that it was merely a coincidence that a group of Americans, all from different states, could have slept through the whole of their school days (and subsequent life). Which got me thinking that perhaps they did know about Bill Clinton once, but the MSM have done such a good job of shaping their minds, that they have now forgotten. I wonder what the next piece of inconvenient history to be erased will be?