For those who have been following us the last few weeks, our running forecast is that the markets are entering another bullish stage.

The driving force for markets is liquidity. And central banks are again printing money to push markets higher. As I write this the Fed and the European Central Bank are both engaged in QE programs.

The Bank of Japan never really stopped QE and has been printing money virtually non-stop since 2014. And the Swiss National Bank prints money to buy stocks outright almost weekly.

Put simply, a TSUNAMI of liquidity is hitting the markets right now. And it’s about to ignite an explosive move higher.

On that note, the S&P 500 has broken out of a consolidation period to new all time highs. 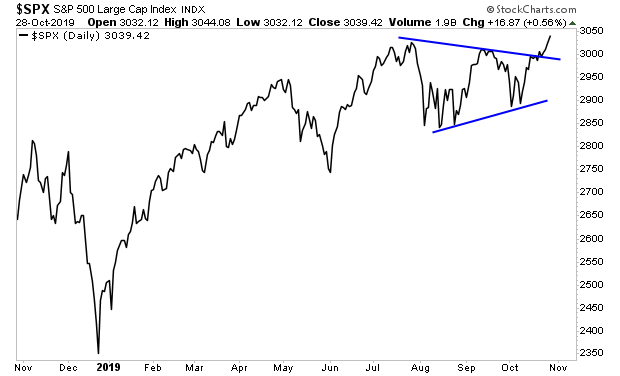 However, the S&P 500 is not the only market breakout to the upside.

Brazil’s Bovespa has erupted higher to new all time highs. 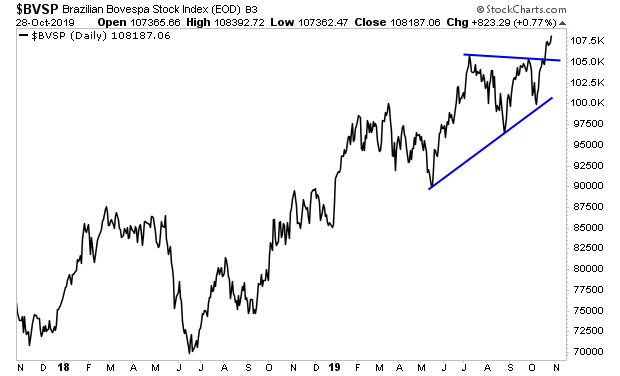 Across the pond, the German DAX has ended its downtrend (blue line) andbroken resistance (red line). New all-time highs are a stone’s throw away. 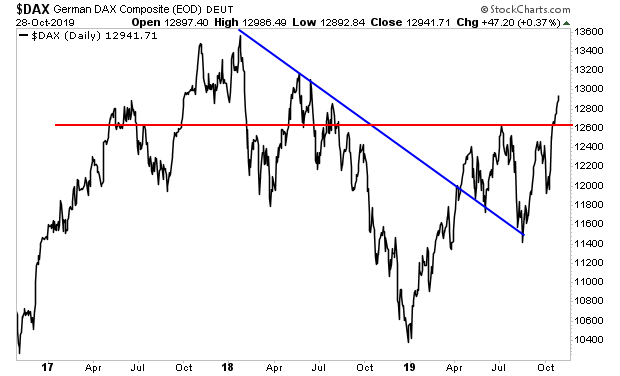 Japan’s Nikkei is about to attempt a similar move, breaking through its downtrend (blue line) and attempting a test of overhead resistance (red line). However, in this case stocks remain well below the all-time high of the 1980s. 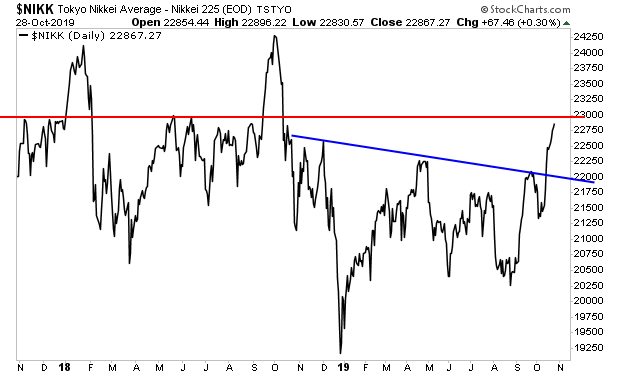 Put simply, across the globe markets are signalling that a major bull run is about to begin

Now the question for investors is “how do play this for maximum gains?

I’ll answer that question tomorrow. You won’t want to miss it, so join our free e-letter at www.gainspainscapital.com to make sure it’s delivered to your inbox before the market’s open.