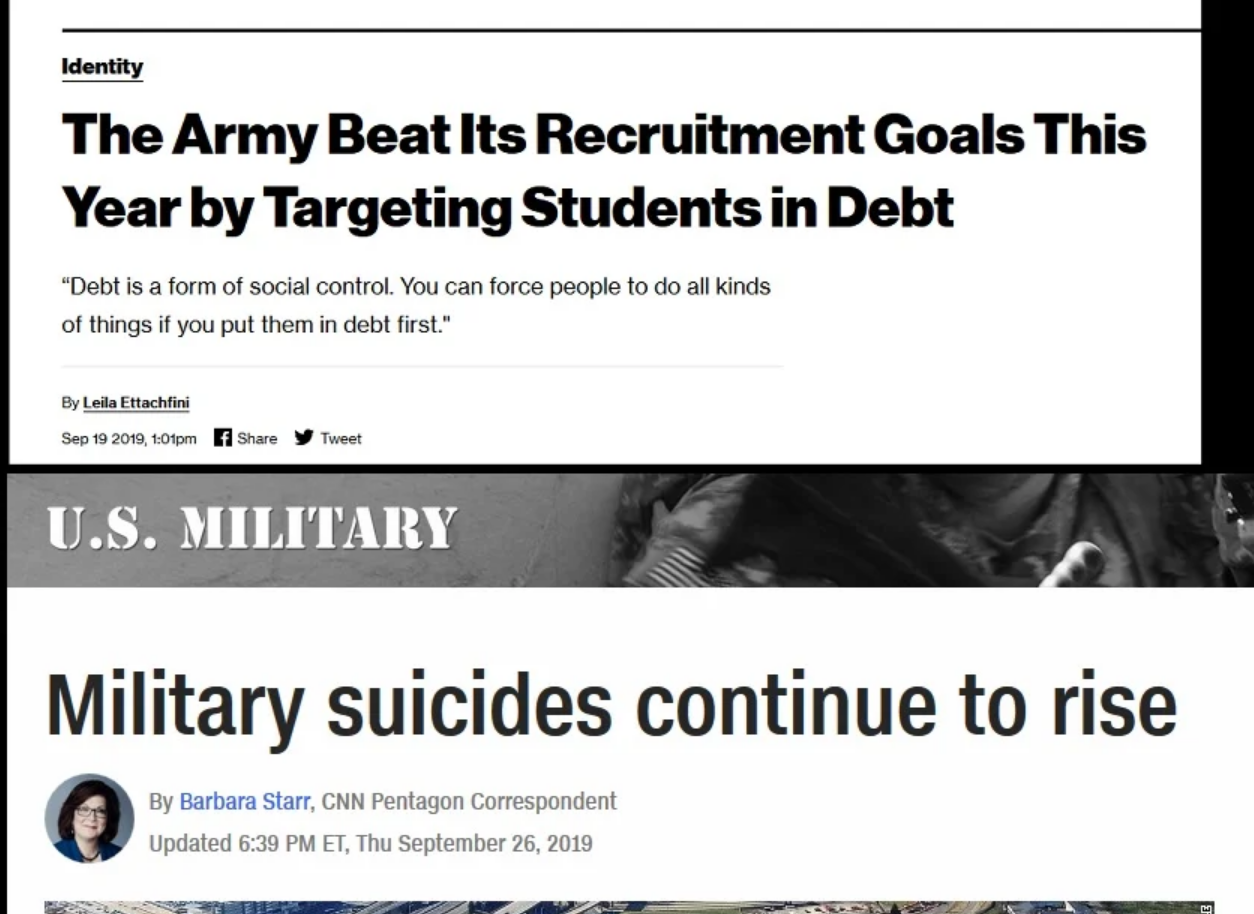 Debt is a weapon used by the moneyed elite as a weapon against the poor.

The dizzying rise in the cost of college is the only thing allowing the US military to meet its recruitment goals and the military itself has been experiencing an epidemic of suicide among its veterans since the War on Terror started.

If we just made college affordable through various means like raising taxes on the wealthiest 1 percent, like they do in Canada, American citizens could go to college for practically free and they wouldn’t have to join the military and fight in these wars for natural resources around the world like in Iraq and Afghanistan.

The cost of college is just another tool of the millionaires and billionaires to get poor people to fight their wars of aggression and conquest for them. Average everyday Americans who join the military don’t share in the spoils of victory in these countries, only the shareholders of the multinational corporations reap the rewards of these wars of aggression.

The real hypocrisy here is the fact that most of the time when you hear people come out against government programs to make college affordable, it’s usually Boomers, who actually had these kinds of benefits and took advantage of them in the 60’s and 70’s, before these types of programs were slowly winnowed down starting in the 80’s under Reagan. The Baby Boomers took advantage of so many socialized programs like affordable college and then turned around and denied that right to future generations, pretty fucking hypocritical of them.

But yea, sky-high cost of college is one of the main ways that the millionaires and billionaires that rule this country keep their war machine humming along nicely.

You get some poor fuck, from a poor family, from a poor city/town to join your war machine to kill an even poorer person on the other side of the world for you, just so he can go to college and have a shot at a decent life.

Pretty evil fucking system when you stop and think about it.

God forbid we just yet, gee I don’t know, allow people to get a college degree without becoming debt-slaves for the next 20 to 30 years, like they do in literally every other developed country except for this one.