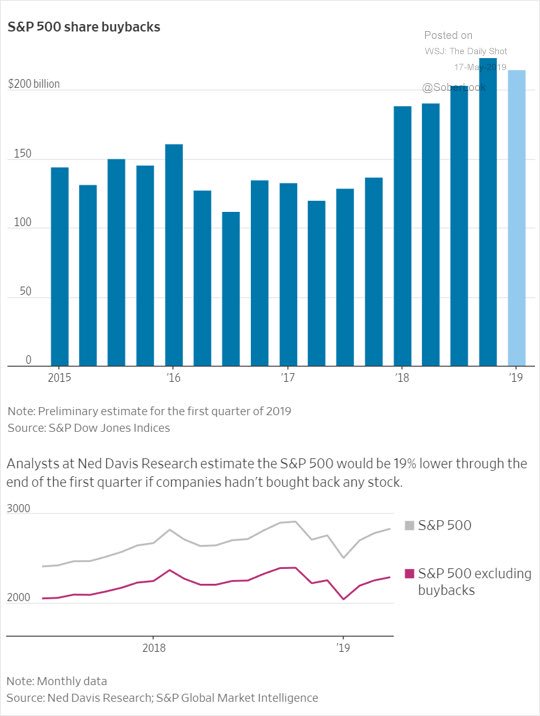 Buybacks were illegal before 1982 ….which is most of the 20th century. Buybacks are supposed to be funded with excess cash that the business doesn’t need for innovation or expansion. Business today is not into expansion. They are into financial engineering and short termism.

Shareholders should be voting on each and every proposed buyback and reject all buybacks with borrowed funds.