Reuters, AFP withdraw stories on UN Study on child detentions. In their mea culpa, Reuters notes, “A Nov. 18 story headlined ‘U.S. has world’s highest rate of children in detention -U.N. study’ is withdrawn. The United Nations issued a statement on Nov. 19 saying the number was not current but was for the year 2015. No replacement story will be issued.”

– Media largely ignored the immigration crisis under Obama.
– Things that happened under Obama admin have been used to attack Trump (kids in cages, family separation).
– UN’s blind acceptance of detention #’s from China & Russia is concerning.

And as one of her followers adds, “Instead of editing the piece to accuse Obama, they deleted the story entirely.” AFP Publishes Story Noting That 100,000 Migrant Children Are In Detention, Pinning This On Trump…Then They “Retract” The Story When They Learn This Figure Is From 2015, And Therefore It’s Not Helpful To Democrats 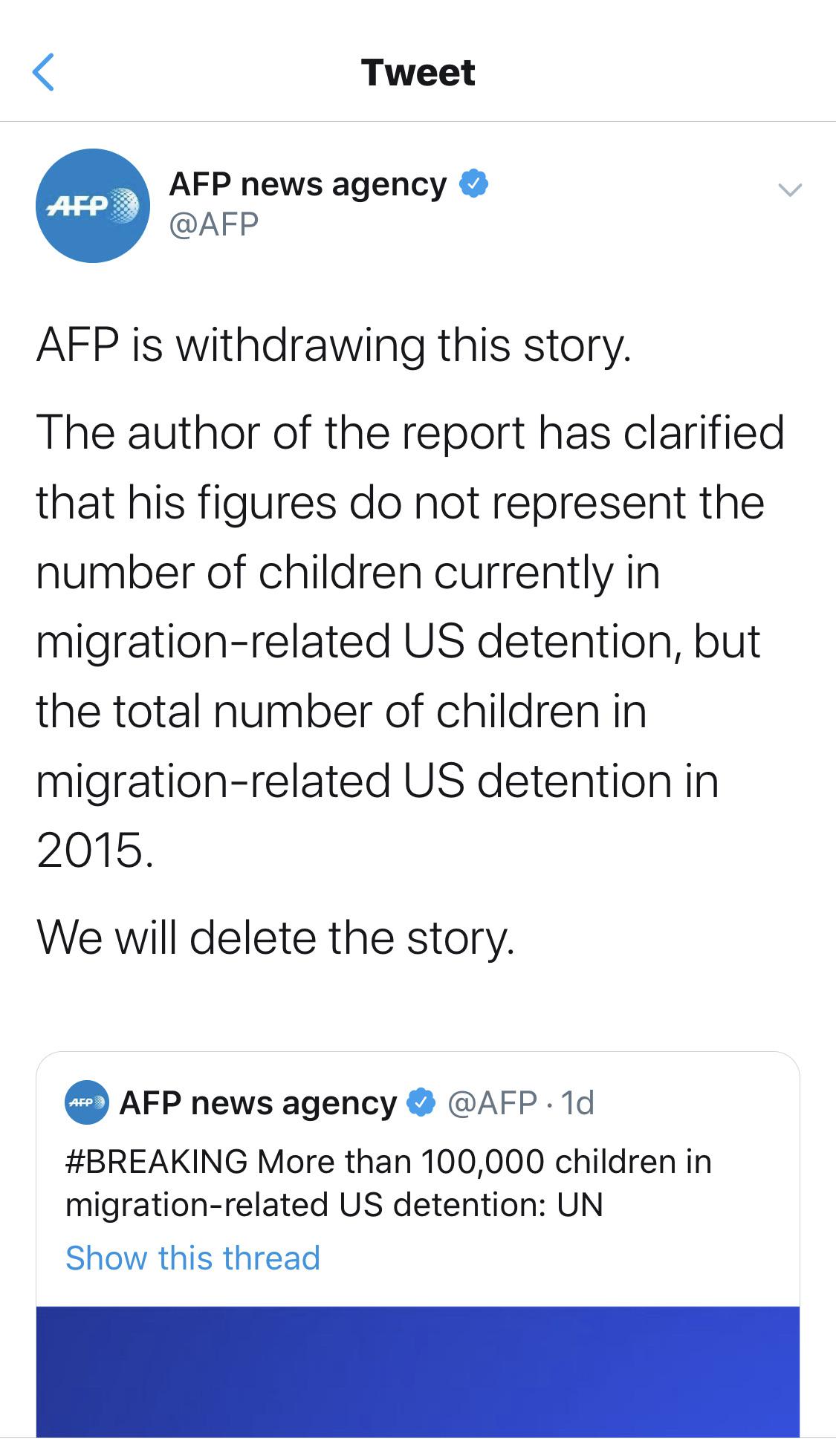