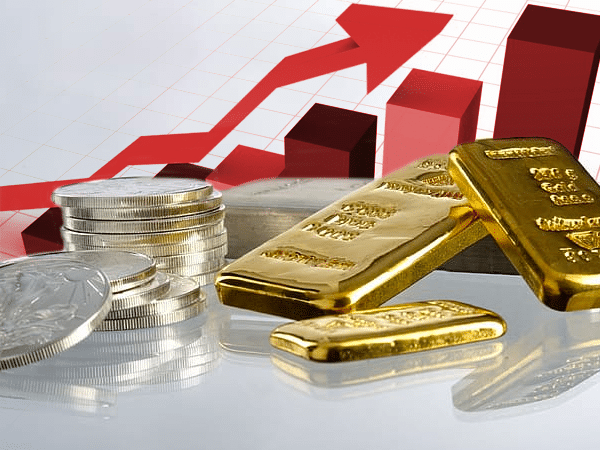 Gold and silver’s recent climb has our customers talking, and for good reason.

The chart below shows gold’s ascent over the past year, with a pronounced jump in the past two weeks, as the yellow metal soared to a new all-time high: 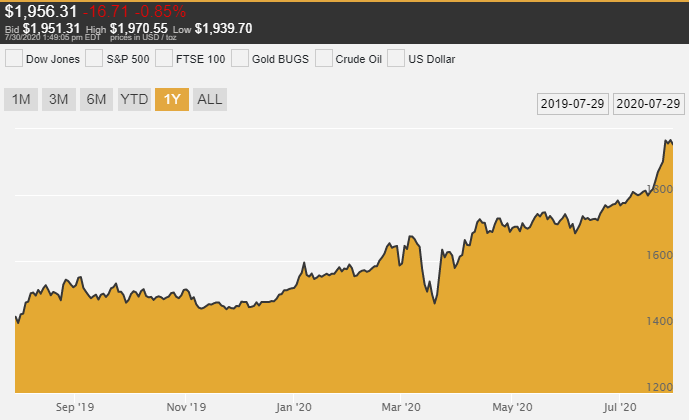 CBS News couldn’t figure out what caused the price to soar, calling it a “mystery.” That led Jim Bianco of Bianco Research to sarcastically quip, “Guess trillions in money printing is also a mystery.”

Bianco was most certainly talking about the Federal Reserve’s recent “moon shot” of essentially printing trillions in cash in a desperate response to the financial impact of COVID-19.

And Bianco isn’t alone in throwing his weight behind gold. Writes Forbes:

Speaking to Bloomberg TV on Friday, emerging markets investor Mark Mobius urged viewers to buy gold now and “continue to buy” as interest rates remain near zero and as COVID-19 continues to impact mine output.

The recent jump in price is unusual for this time of year:

All good reasons that bolster the case for another near-term climb. “Goldman Sachs says gold will surge another 20% and hit $2,300 in the next year, driven by rock-bottom interest rates,” according to Business Insider.

And gold isn’t the only precious metal with a strong outlook. The prospects for silver appear to be just as promising…

Goldman Sachs Says $30 Silver is in the Cards

The last time silver was over $30 was back in 2013. The way things are going, we may soon see that price again.

Going back to the Forbes piece, Frank Holmes believes the recent silver run up is only getting started:

To add support to this idea, Goldman Sachs just raised its silver price projection by 36%, to $30.

ZeroHedge explained why there is potential for Goldman Sachs’ forecast to come true:

And as you can see in the chart below, silver has been rocketing up ever since its lows in March, just as Goldman Sachs alluded to: 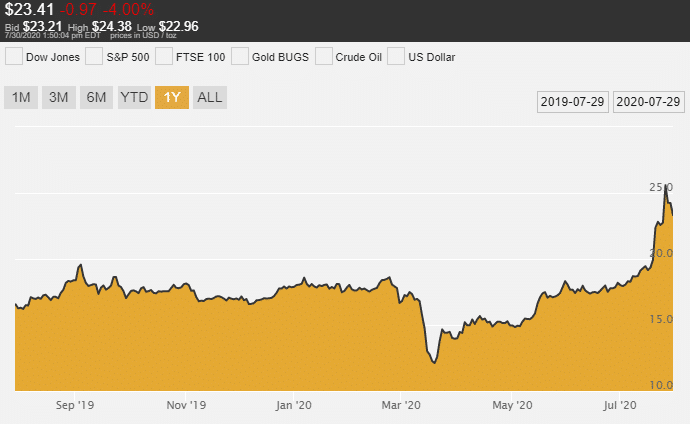 If the Federal Reserve can’t (or won’t) steer the ship back on course, gold and silver bugs seem to be positioned pretty well.

As Dollar Optimism Evaporates, Now is the Time to Prepare

Who knows what confused lawmakers or the Fed will do next to mitigate the uncertainty, unemployment situation, or dollar disaster? Don’t wait for them to figure things out.

With gold and silver taking off, one thing you can start doing is make your savings more resilient in case the stock market goes sideways.