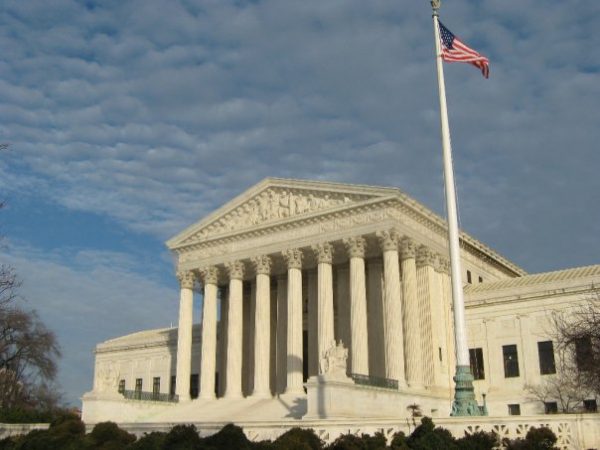 They actually did it.  On Tuesday night, the Alabama Senate passed a bill that would actually make abortion a felony in the state of Alabama.  Needless to say, pro-abortion forces all over the nation are officially freaking out about this new law.  They know that it is intended as “a direct challenge” to Roe v. Wade, and they know that this bill could potentially set up a historic showdown in the U.S. Supreme Court.  As this bill was being debated, actress Alyssa Milano called for women all across America to conduct a national “sex strike” because she believes that “whoever controls reproduction has power”.  Of course she has been greatly mocked for calling for such a strike, but the truth is that the left is going to do all that they can to derail this effort.

And even though there will be immediate legal challenges, the passing of this bill still represents an important victory.  For decades, pro-abortion forces have successfully shot down bills that would have made abortion a felony in state legislatures all over the nation, but now we have finally had a breakthrough in Alabama…

After several hours of contentious debate, the Alabama Senate tonight voted 25-6 to pass what many say will be the strictest abortion ban in the nation. The controversial abortion bill all but bans the procedure in the state. The bill makes abortion a felony in Alabama. A similar measure already passed the Republican-controlled House but controversy erupted last week in the Senate after an attempt to add amendments that would allow exceptions for victims of rape or incest. Another attempt to add rape and incest exceptions today also failed and led to a filibuster attempt. Proponents of the measure pushed for a “clean bill” without amendments in order to clear the way to a legal fight in the U.S. Supreme Court and a review of Roe v. Wade, the 1973 decision that legalized abortion. The bill now goes to Gov. Kay Ivey, who will decide whether to sign it into law.

Governor Kay Ivey has not indicated whether she will sign the bill or not.

If she doesn’t, she probably will not get another term as governor.

If she does, the ACLU and Planned Parenthood are already promising to challenge the new law in court…

“The ACLU of Alabama, along with the National ACLU and Planned Parenthood, will file a lawsuit to stop this unconstitutional ban and protect every woman’s right to make her own choice about her healthcare, her body, and her future,” the ACLU of Alabama wrote in a statement Tuesday. “This bill will not take effect anytime in the near future, and abortion will remain a safe, legal medical procedure at all clinics in Alabama.”

So nobody is going to be put in jail for performing an abortion in Alabama any time soon, but that was never the intent.

Instead, pro-life forces in Alabama always intended for this bill to be a direct legal challenge to Roe v. Wade…

It is meant to be a direct challenge to Roe v Wade, the landmark 1973 supreme court decision that guaranteed women in the US the right to an abortion. Backers fully expect the legislation to be quickly challenged and then overturned in lower courts, but hope the case will ultimately make it to the high court and persuade the justices to overturn the landmark decision.

And even if Roe v. Wade was overturned, that would not make abortion illegal in the United States.

Instead, abortion would no longer be a “constitutional right”, and it would be up to each individual state to determine if it is legal or not.  And at this point, there are only a handful of very conservative red states such as Alabama that would attempt to make it illegal.

But of course overturning Roe v. Wade would still be a very important step, and that is why the composition of the U.S. Supreme Court is so vital.

Many conservatives assume that we should be able to overturn Roe v. Wade now that we have five “conservative” justices on the Supreme Court.

Unfortunately, that is not actually true.

Brett Kavanaugh was not the right choice for the Supreme Court, and conservatives should have made a much bigger fuss about him during the confirmation process.  Kavanaugh has referred to Roe v. Wade as a precedent “we must follow”, and at no point in his entire career is there any indication that he would be willing to overturn it.

In fact, in a previous article I pointed out something extremely disturbing about Kavanaugh.  When she delivered her speech on the floor of the U.S. Senate explaining why she was voting to confirm Kavanaugh, U.S. Senator Susan Collins publicly admitted that Kavanaugh essentially promised her that he would not vote to overturn Roe v. Wade if it was a 5 to 4 vote…

Most notably, Collins said in her explanation of why she was not worried that Kavanaugh would overturn Roe that Kavanaugh had told her when they were discussing his nomination that he did not think five sitting justices—a majority of the nine member court—would be a sufficient number “to overturn long-established precedent.”

This was after he had testified, she noted, that Roe–upheld by Casey–was “precedent on precedent.”

“Finally, in his testimony, he noted repeatedly that Roe had been upheld by Planned Parenthood v. Casey, describing it as precedent on precedent,” said Collins in her floor speech. “When I asked him whether it would be sufficient to overturn a long-established precedent if five current Justices believed it was wrongly decided, he emphatically said no.”

I would like you to read that last phrase again.

For pro-life forces, the confirmation of Brett Kavanaugh was actually a massive defeat.  If a pro-life justice had actually been confirmed in his place, we may have actually had a chance of overturning Roe v. Wade.  With Kavanaugh there, we do not.

But as I keep telling my readers, if we continue to murder children on an industrial scale, there is no future for America.

60 million children are already dead, and we keep adding to that number every single day.  This cannot continue, and we should applaud Alabama for trying to do the right thing.