It was around 2018 or so that the Qtards added Putin & Xi to the narrative of heroic “White Hat” global saviours.

Alex Jones added Putin to the list some years back and really jacked up the turbo pro-Kremlin shilling and has been a feature on Russia Today spook media since at least 2008.

Jones also began shilling for Israel/Netanyahu around the same time. I think there is probably some money being thrown around these “dissident” circles to sell Putin, China, and Israel as “white hats” who should lead the New World Order with their Belt & Road project.

The degenerate wignats who shill this stuff are invariably tied to Dugin when they’re not ensconced in trailer park incest dramas. 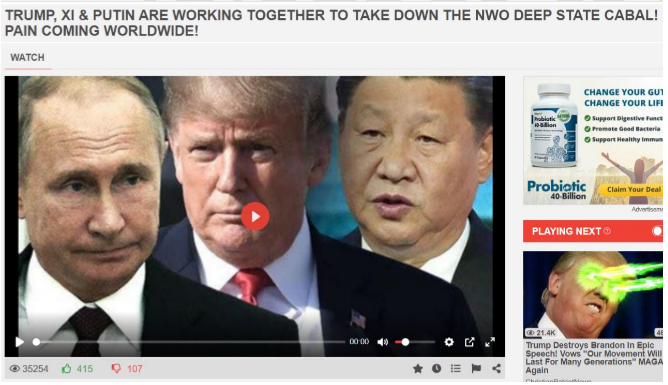