Overturning a 40-year record, 90 percent of Americans are now “satisfied” or “very satisfied” with their lives, and nearly two-thirds feel the latter, breaking another, 20-year record.

“This comes on the heels of a Rasmussen Report showing record-breaking belief that “President Trump has made America stronger,” put the country “on the right track” by reversing decades of managed decline, and released unbridled optimism in the country’s future.

Together, 93 percent of Republicans, 89 percent of Independents, and 86 percent of Democrats produce the 90 percent average – all three records in their own category. And such widespread success, especially among Independents, bodes well for President Trump entering 2020.

This poll is just the latest evidence President Trump has reoriented the country to benefit all American citizens, not just the elite….”

New High of 90% of Americans Satisfied With Personal Life 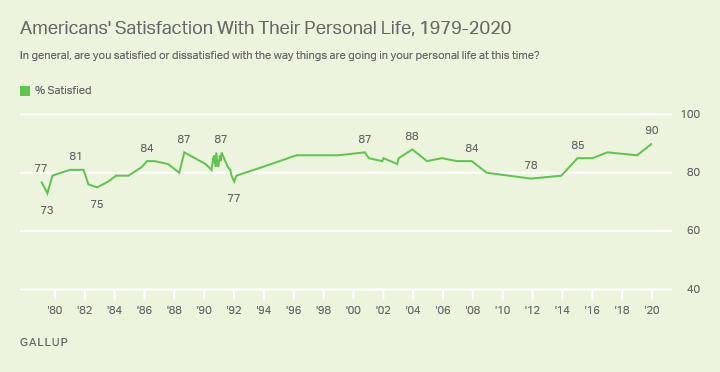