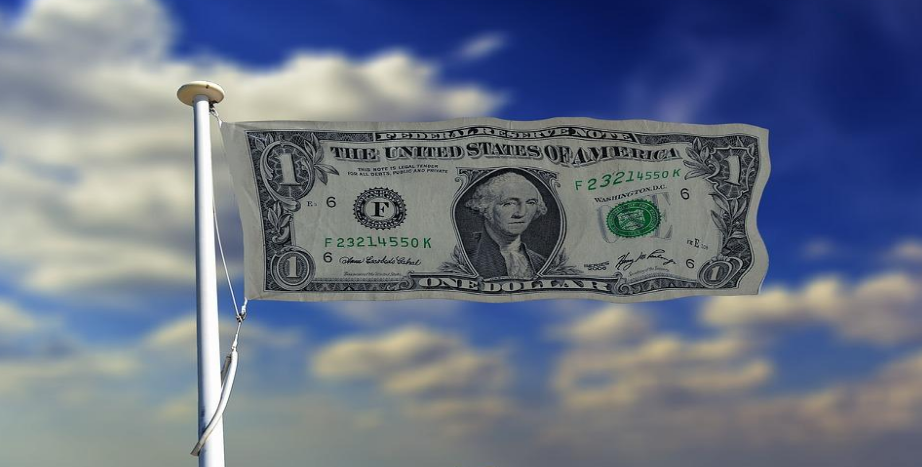 America’s current economic situation is not one of financial security or encouraging growth. Below the surface of our 106+ month-long “recovery,” now the second longest on record, is a sense of anxious anarchy in American households. Working men and women are struggling to make ends meet and many are simply not working at all. The real story that is not being told by the mainstream media is how close we are to an epic collapse.

You have to work!

Not sure if you have been following this story or not, but a 30-year-old man from New York has just been ordered by a judge to move out of his parents’ house. He argued for six more months at his parents’ house rent-free after living there for eight years.

After years of pleading for him to get a job and become self-sufficient, the parents finally planned a February 2nd eviction. The letter read, “Michael, after a discussion with your mother, we have decided that you must leave this house immediately. You have 14 days to vacate. You will not be allowed to return. We will take whatever actions are necessary to enforce this decision.” That they did, eventually taking their 30 year-old child to court to get him out of their house.

When that letter didn’t work, the parents gave their son $1,100 to find a place to stay and to find a job. In a February 18 letter they wrote, “There are jobs available even for those with a poor work history like you… Get one — you have to work!” Does this 30-year-old Millennial represent a needle in the haystack of economic prosperity or a depressing sign of our young cohort’s continuing dependence on their parents and their lack of motivation to work and sustain themselves?

Millennials: The lost (and screwed) generation

A Fed study on the Demographics of Wealth revealed how education, race, and birth year shape financial outcomes. It attempts to answer the question of whether the lasting impacts of the Great Recession are prohibiting young families from fully recovering financially.

Shedlock classifies the Millennial generation as Americans born between the years of 1981 and 1996 or 22-37 year olds. Full disclosure: I am turning 28 on Friday.

This chart on change of wealth levels, from the Fed Study, is striking…

The study concluded that “It is far too soon to know whether families headed by someone born in the 1980s will become members of a lost generation for wealth accumulation. To be sure, there are grounds for optimism. Yet there are reasons to be very concerned about the financial outlook for many young Americans.”

How is there reason for optimism when another recession is imminent in the next few years or earlier? How can Millennials accumulate wealth and achieve financial stability when they are riddled with student debt, auto loans, and credit card debt? Why is the ridiculously overvalued stock market pointed to as sign of economic growth and prosperity when it generally benefits only the top 1% of U.S. households? What about the insanely exploding cost of healthcare and the unsustainable welfare state policies enacted in DC?

“Millennials stand to get screwed on absurd pension promises made to their parents,” Shedlock concludes.

Millennials born in the 1980s may never recover from the Great Recession, an article on CNN Money declared.

Families headed by someone born in the 1980s suffered from a net worth 34% below what was expected. Even worse is the fact that the average 1980s family lost ground during the “recovery” from 2010 and 2016. These young Americans were the only age group out of the six studied that did worse than expected.

“The Great Recession and its aftermath significantly widened the wealth gap between young and old,” the Fed study said. Those born in the 1930s actually made more money than what was projected.

The problem is certainly correlated with rising debt and more importantly homeownership. Generations older than Millennials are much more likely to own homes. And as house values have recovered since 2010, those that own property have seen a real spike in their net worth. By 2016, fewer than 45% of Millennials were homeowners, below what was expected.

With crippling debt and soaring home prices, how can young Americans even think about buying their first home?

After a two-month bounce back from January’s drop, new home sales dropped 1.5% month-to-month, well below expectations. Existing home sales fell last month on both a monthly and annualized basis, according to the National Association of Realtors. All four major regions (West, Midwest, South, and Northeast) saw no gains in sales activity in April.

An interesting wrinkle is the fact that while the median new home sale prices tumbled to its lowest point in a year, the average new home sales price jumped to an all-time high. This suggests that the high-end of the market is witnessing all the gains as 50% of homes sold at that steep price point were 7% higher than a month ago.

More disturbing than the chaotic housing market is the fact that 40% of American adults are not able to cover a $400 emergency expense. They would either not be able to pay it or would have to sell something or borrow money, according to the Report on the Economic Well-Being of U.S. Households in 2017, released on Tuesday by the Fed.

Furthermore, less than 40% of non-retired adults think they are on pace to save enough for retirement and 25% have no retirement savings or pensions whatsoever. This is less troublesome as retirement is far from a given in today’s society and is only a recent phenomenon occurring in this country. Still, it is a notable trend to point out.

Gas prices are on the rise throughout the U.S. as peak driving season approaches this summer. Despite feeling some financial relief with the Trump/GOP tax cuts passed last year, that is all but being canceled out by spiking gas prices. We’ve already seen $4 a gallon in places like Fresno here in California. But in New York City’s Hell’s Kitchen neighborhood in Manhattan, a Mobil Station on 11th Avenue raised its cash price for gas to $4.99 per gallon.

According to AAA, the average price for gas in New York City is $3.18 a gallon. In New Jersey, the statewide average is $3 after then Gov. Chris Christie implemented a massive gas tax increase. The national average is only $2.93, but that is up 12 cents over the last two weeks, almost adding a penny to the price everyday.

With families struggling to pay their bills or get rid of debt, adding even higher gas prices into the mix only exacerbates an already alarming financial problem for millions of Americans.

We have not seen $4 a gallon gasoline in California since mid-2014, but we are on track to get there pretty soon. Predictions were made this past February of $4 gas in the Golden State by Memorial Day. Gas prices are up 68 cents in the LA area through the first half of this year. Though prices flattened off a bit in March, prices are jumping up again. Nationwide, energy experts are predicting gas prices to stay elevated at their highest levels since 2015.

The smartphone-social media generation is crumbling

For the first time ever, Americans are more likely to pay their cell phone bill before their car loan. Welcome to the age of social media!

This eye-opening revelation is courtesy of a new report from PeerIQ. Therefore, social media, the internet, and texting are more important to more Americans than transportation. Our priorities have been upended and our economy is suffering because of it.

One more point from the Fed study showed that one in six workers faced irregular work scheduling when they did not want that schedule. In addition, one in 10 said they received their work schedule less than a week in advance. More than one in five said they weren’t able to pay the current month’s bills in full and more than one in four said they skipped necessary medical care last year because they couldn’t afford it.

America is severely struggling despite the dishonest and incurious mainstream media narrative of a booming economy rife with economic growth. The economy is barely chugging along. Anarchy is the new financial reality for millions and millions of American households. The crash will come hard. The fall will be swift. And the majority will be taken aback at how this all came to be despite the many points I laid out above.