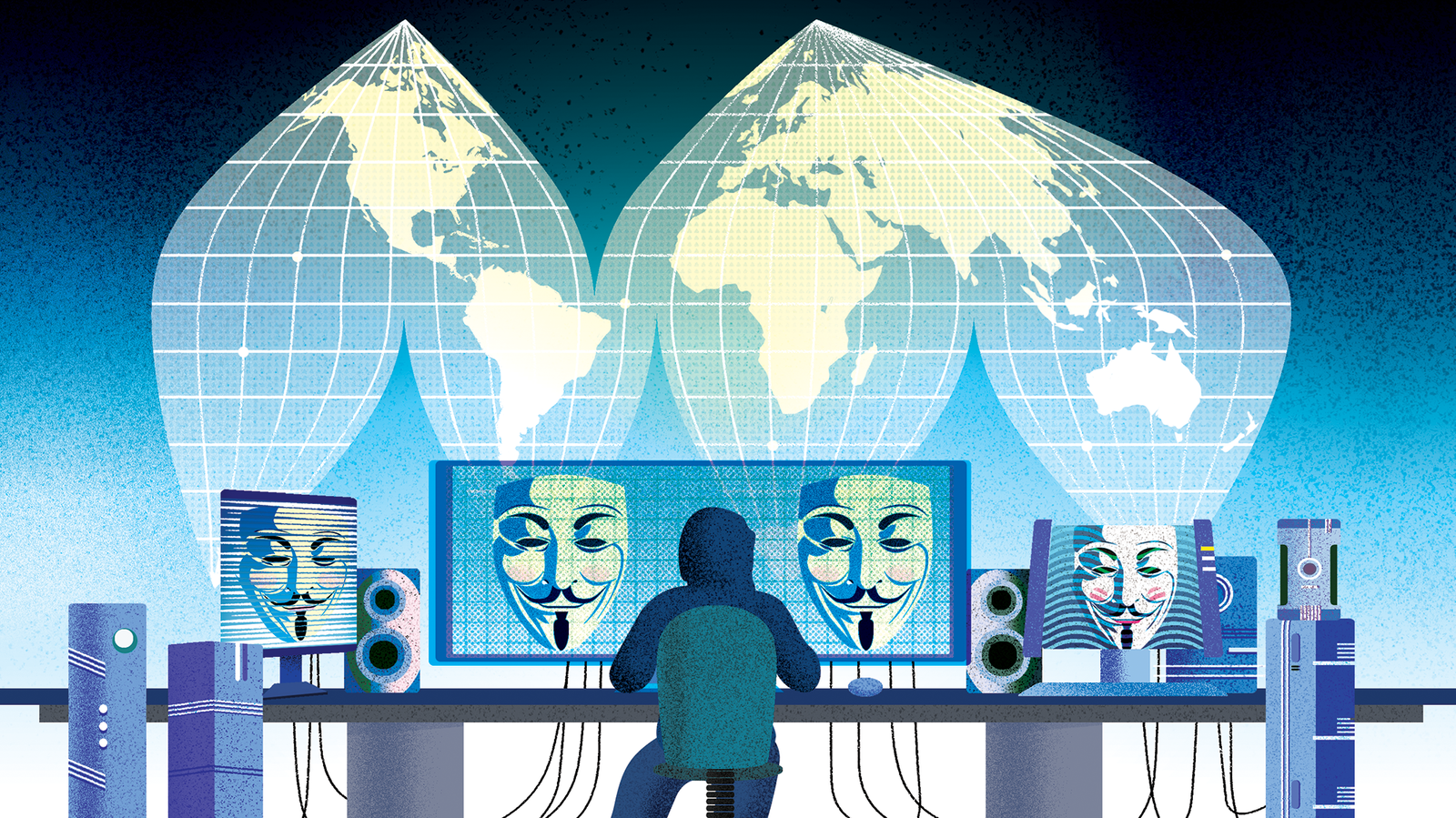 Artists and criminals are often the first to push the boundaries of technology. Barrett Brown is a criminal who has actually helped inspire art — the TV show Mr. Robot. Its protagonist is a hacktivist — a hacker who breaks into computer systems to promote a cause.
Brown was connected to Anonymous, a group that hacked a private security firm to reveal secrets. He is now out and living in a halfway house in Dallas.
He had spent years in a prison cell thinking about what he might do when he got out. And he says he is ready to change, so next time he gets involved in hacking a corporation he is able to inflict maximum damage.
“Certainly, I haven’t gotten any less militant in the course of having these things done to me,” Brown says.
Since most hacktivists operate in the shadows, Brown offers the best look at these cyber-revolutionaries and their motivations.
The 36-year-old Brown was born in Dallas. His father was a wealthy real estate investor, until he was investigated by the FBI for fraud. Brown’s father was never charged, but the family lost all its money and his parents divorced.
“It was something that I’m sure instilled in me the idea that there was a degree of arbitrary power out there that could come down at any time and disrupt your life, as it did to me when I was a child,” Brown says.
He hates arbitrary power and always has. He is an anarchist who believes the U.S. government is fundamentally corrupt. And he says most Americans are too complacent to do anything about it.
“That’s what … in part brings me to contempt for the American citizenry,” he says. “Obviously, I have no respect for the laws, for the government or for the voters.”
Instead, he says, his own code of values drives him.
He became a radical intellectual — more interested in spreading revolutionary ideas than in protesting in the streets. But in 2006, Brown saw a potential outlet for his anarchist dreams — the hacktivist group Anonymous. It was leaderless, crowdsourced, and militant.
Anonymous managed to organize a massive attack on Scientology, even taking down its website. Brown started covering Anonymous as a journalist but soon became deeply involved.
“I saw this as the very first ripples in something that would grow to be one of the great dynamics of the 21st century, that we would see more of this emergence [of] online warfare essentially against institutions including nation-states,” he says.
For many years, Brown was a sort of unofficial spokesman for Anonymous, appearing in interviews dressed in a beige corduroy or navy blue jacket and dress shirt, a cigarette dangling from his hand. He looked more like a preppy than a revolutionary…

See also  Daniel Lacalle explains how and why the Fed continues to aggressively pervert the real estate market
See also  Are Attack Drones the Next Global Arms Race?