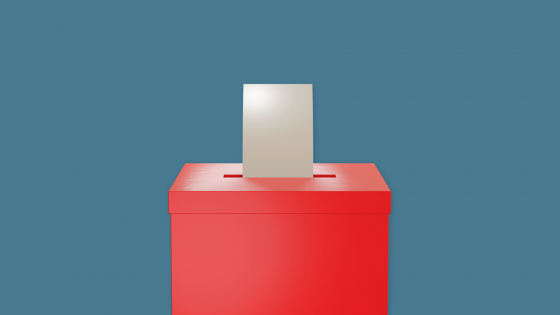 This election did not go the way that most people were anticipating.  For months, the mainstream media and many on the left insisted that the big national polls were right this time and that a Joe Biden landslide was coming.  Obviously, that did not happen.  On the other hand, many on the right kept telling us that a huge Trump landslide was coming, and that did not materialize either.  Instead, we got the very close race that I have been warning about for weeks.  I kept explaining to my readers that we would not know the winner on the night of the election, and that projection turned out to be right on the money.  At this hour, votes are still being counted in critical swing states all over the nation, and things could still go either way.  I know that the mainstream media is eager to crown Joe Biden the victor, but that hasn’t happened yet.  Trump’s campaign team still believes that the final results in Arizona and Nevada will go their way, and they are convinced that could potentially change everything.  We will just have to wait and see what happens.

But for now, things are not looking promising for the Trump campaign.  By the time many of you read this, more of the votes will have been counted and the mainstream media may have decided to call the race for Biden.  If that happens, this could be perhaps the first national election in U.S. history where almost everybody loses.

Let me illustrate what I mean.  Here are some of the potential losers in this election…

The U.S. political system – The legitimacy of our system is on the line in this election, and the rest of the world is watching us very carefully.  Sadly, the way that this election has unfolded has been a complete and utter disgrace, and close to half the country is going to believe that the election was stolen once this is all over.

On Tuesday evening, it appeared that President Trump was cruising toward re-election.  He had huge leads in Pennsylvania, Michigan, Wisconsin, Georgia and North Carolina, and the Trump campaign was getting ready to put on a victory celebration.  But then vote counting suddenly stopped in Democratic strongholds all over the nation.  Once it resumed, some very strange things started to happen.

For example, a large Trump lead in Wisconsin was suddenly wiped out by a massive vote dump for Biden right at the last minute, and Biden ended up being declared the winner in that state.

Likewise, a large Trump lead in Michigan was suddenly wiped out by a massive vote dump for Biden right at the end of their vote count.

As I write this article, we are seeing similar patterns play out in Pennsylvania and Georgia.  Initially, it appeared that Trump had an insurmountable lead in both states, but by the time you read this article the mainstream media may have called both states for Biden.

It may or may not have been intentional, but a lot of people are speculating that Democratic strongholds such as Detroit, Milwaukee, Philadelphia and Atlanta held back on counting many of their votes until vote totals from most of the conservative areas came in, and to many people it looks extremely suspicious that Biden keeps squeaking out very tight victories in the most critical swing states.

The polling industry – This is the second presidential election in a row when the polling industry has failed dramatically.  Last night, Van Jones almost came to tears on CNN because he was so disappointed that the “blue wave” that the national polling had suggested was coming did not materialize.  I don’t know how anyone is going to trust the national polls in future elections after how wrong they got it this time around.

Democrats – This was supposed to be the election when Democrats finally took back the Senate and strengthened their hold on the House of Representatives.  Instead, it appears likely that Republicans will hold the Senate, and Democrats could end up losing up to 10 seats in the House.

Republicans – Yes, Republicans performed better than expected all over the country, but losing the White House definitely cannot be considered a victory.

Donald Trump – This is not the way that Trump and his supporters envisioned that the MAGA era would end.  As I discussed the other day, a Trump loss would be the worst emotional blow that conservatives in this country have suffered in decades.

Joe Biden – You would think that Biden should be labeled a “winner” if he ends up becoming the president-elect.  But if Republicans hold the Senate, they will be able to block everything that Biden and the Democrats want to do.  Biden has been waiting 47 years to finally get to the White House, but when he finally gets there he will be forced to get Republican permission for any bill that he wants passed.

The American people – When this is finally over, the American people will be left with a political system that is in shambles, a country that is more divided than ever, and a deeply corrupt politician that is no longer all there mentally as president.

So are there any winners?

Coming out of this election there will be one big winner, and her name is Kamala Harris.

Everyone acknowledges that it is just a matter of time before Biden will have to step aside.  Personally, I expect it to happen sooner rather than later.

Whenever that happens, Kamala Harris will become the president of the United States, and she is very much looking forward to that day.

Of course once that day arrives, it will actually be a complete and utter nightmare for about half the country.

In the end, it appears that nothing good is going to come out of this election, and our nation will never be the same again from this day forward.