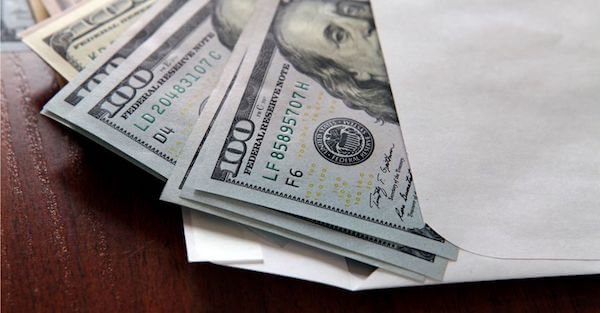 Last week we saw how quickly a currency crisis can destroy someone’s savings.

In just one week, the value of the Turkish Lira plummeted over 30% after the US imposed sanctions against Turkey.

So anyone holding all of their savings in Turkish Lira got hammered.

This was an unfortunate reminder of the importance of a Plan B – an insurance plan to make sure your wealth and your family are safe no matter what happens around the world.

So often, people concentrate their risk in a single country or jurisdiction… their job is there, their home, their savings and investments…

And if something goes wrong in that one country, you’re completely exposed.

That’s why I routinely write about the steps you can take to implement a solid Plan B – things like a second residency or citizenship, an offshore bank account and various, offshore tax structures.

Today I want to discuss another, simple step you can take to fortify your Plan B: diversifying currencies.

Last week, we saw the Turkish Lira lose one-third of its value in a matter of days.

Turkey is considered a ‘developing market’, so its currency is a lot more volatile than larger, wealthier nations of like the US, China, and the eurozone.

But even the largest economies in the world can see major swings in their currencies.

In the summer and early fall of 2016, for example, the British pound lost nearly 20% of its value after the Brexit vote.

And back in 1992, the British pound lost 10% of its value in a week when speculators bet that the Bank of England couldn’t maintain its exchange rate target.

So, wild fluctuations are possible with -any- currency. Even the major ones.

The lesson from Turkey is clear: if you’re concentrated in a single currency, it’s possible for your savings to lose a LOT of value if there’s a sudden catastrophe.

One long-standing alternative to paper currencies is to own gold and silver– which have continued to have value for thousands of years.

(For more on how you should hold gold, you can read on here…)

But you can also choose to hold a portion of your savings in different currencies.

So as the US dollar moves up and down against other currencies, so does the Hong Kong dollar.

But here’s the bonus: the Hong Kong Monetary Authority is incredibly well capitalized.

In other words, Hong Kong’s central bank has vast cash reserves that it’s able to deploy in case of crisis.

In fact it’s one of the ONLY central banks in the world to have such a substantial reserve fund.

And if that weren’t enough, the Hong Kong government (which is separate from the central bank) also has its own substantial cash reserves. It too consistently runs a budget surplus.

So think about it like this– because of the pegged exchange rate, holding Hong Kong dollars is VERY similar to holding US dollars.

Hong Kong dollars have all of the upside and stability of owning US dollars. But none of the downside.

With US dollars, the government is broke with a $21+ trillion debt and trillion dollar budget deficits. Social Security is totally underfunded. The highway infrastructure fund is insolvent. The central bank is barely solvent.

So if you hold US dollars, you are assuming all of those long-term risks.

Holding Hong Kong dollars eliminates those risks; your ‘counterparty’ is now the Hong Kong Monetary Authority and HK government, both of which are in fantastic financial condition.

In investing terms, holding Hong Kong dollars is like having a free ‘put option’ on the US dollar, because if the US dollar ever ran into problems, Hong Kong would likely de-peg its currency and let it appreciate freely against the USD.

Now, every few years there always seems to be a bunch of fear and worry about the Hong Kong dollar.

Back in the 1990s people panicked that the Chinese takeover would put an end to Hong Kong’s financial stability.

Then the flue pandemic in 2009 caused a big decline in the Hong Kong dollar as well.

Today there are a lot of investors worried about the Hong Kong dollar once again, primarily due to problems in China.

Those concerns are always overblown.

With a cash reserve of $440 billion, the Hong Kong Monetary Authority has so much ammunition to defend its currency they could literally purchase every single Hong Kong dollar in circulation, and still have billions left over.

This is one of the healthiest central banks and governments in the world.

And that makes it a very sensible option to consider in your own Plan B.