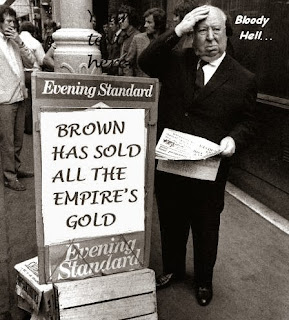 This excerpt below is from a blog which I published in 2013.   It is a theme that I have been striking since 2009 specifically.

The turn in central bank gold buying came in 2008, although the bullish case for gold for other reasons became pretty obvious in 2002.

The bottom in the gold price was marked when England sold its remaining physical gold, in the notorious ‘Brown’s Bottom.’

By 2009 the data made it completely clear that the world’s central banks had turned from net sellers of gold bullion in order to control its price and had become net purchasers of physical gold for their own reserves.

Demand has been led by ‘the New Silk Road.’

I suspect this change was a reaction to the currency crisis in the emerging markets in the 1990s.   It was referred to as ‘the Currency Wars’ popularized in China and given little coverage here.

And of course there was the failure of the Washington Agreement, struck in 1999 to manage the gold price through planned central bank sales in order to support what some called Bretton Woods II and the exorbitant advantage of the perodollar.

Hardly anyone outside of a small community of analysts had noticed, and even fewer understood what it meant.

I include the older charts, and a recent tweet by analyst Luke Gromen that shows where the central banks are in their purchasing today.

Hint, they are still buying gold, physical gold, and in steady to increasing amounts such that the ‘free float’ of available physical gold for delivery is strikingly low compared to demand.

I suspect that silver will have a role to play, judging by the enormous silver hoard that JP Morgan has established, for customers unknown.

Nothing to see here. Just a bunch of conspiracy theories.  And dirty little secrets.  Move along.

“Few people realize that around 2008 central banks turned from being net sellers of gold to net buyers, and began to accumulate gold reserves in a big way for the first time since the 1970’s, when Nixon slammed shut the gold window.

This is based on what they report officially to the IMF. There is strong anecdotal evidence that the actual turn in buying occurred quite a few years earlier, and more in line with the rapid appreciation in price as selling declined.

First the selling slowed and the stealth buying began, particularly in Asia and the Mideast.

There was a sea change in the gold market as central banks scaled back on their strategy of supplying official gold to the bullion banks in order to keep the price down.

The bottom in the gold price occurred when Gordon Brown threw England’s gold with a pre-announcement into the market in order to bail out any bullion banks that were caught flatfooted ‘in the turn’ in May of 1999. This was the first clear sign that change was in the wind.

The Big Turn occurred in 2007 when the western central banks capitulated, and realized that they must allow the price of gold to rise, or exhaust their own gold reserves in the process. The central bank change did not cause this, although it certainly reinforces the trend. It is a symptom of the great change and the first unmistakable manifestation of the currency war. Although astute observers could see this coming in the aftermath of the Asian currency crisis in the 1990’s and the Russian default on the rouble.

Gold commentators who do not realize this significant dimension of what has occurred and account for it in their thinking have been simply left behind, lost in an outdated frame of reference. They do not see the forest for the trees.”

“Gold is unique among assets, in that it is not issued by any government or central bank, which means that its value is not influenced by political decisions or the solvency of one institution or another.”

Salvatore Rossi, Chief of the Central Bank of Italy, 30 Sept 2013 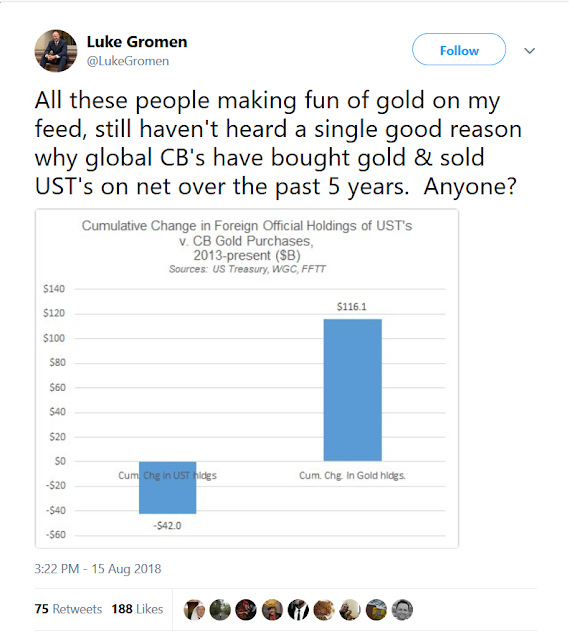 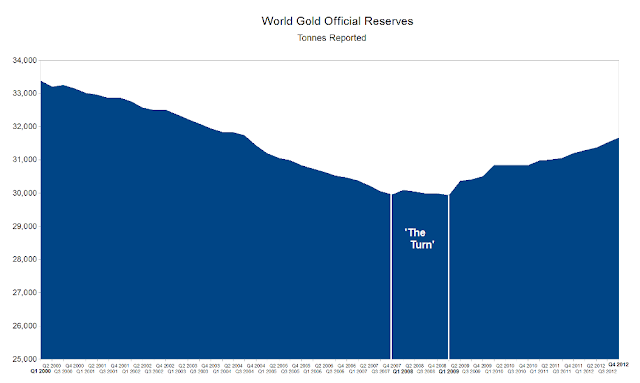 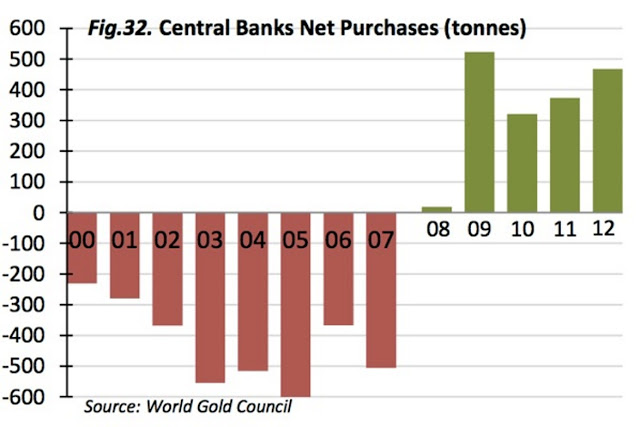