After trading up to a record high earlier today before the call, Facebook stock is now down a whopping 21%(!) in the aftermarket: 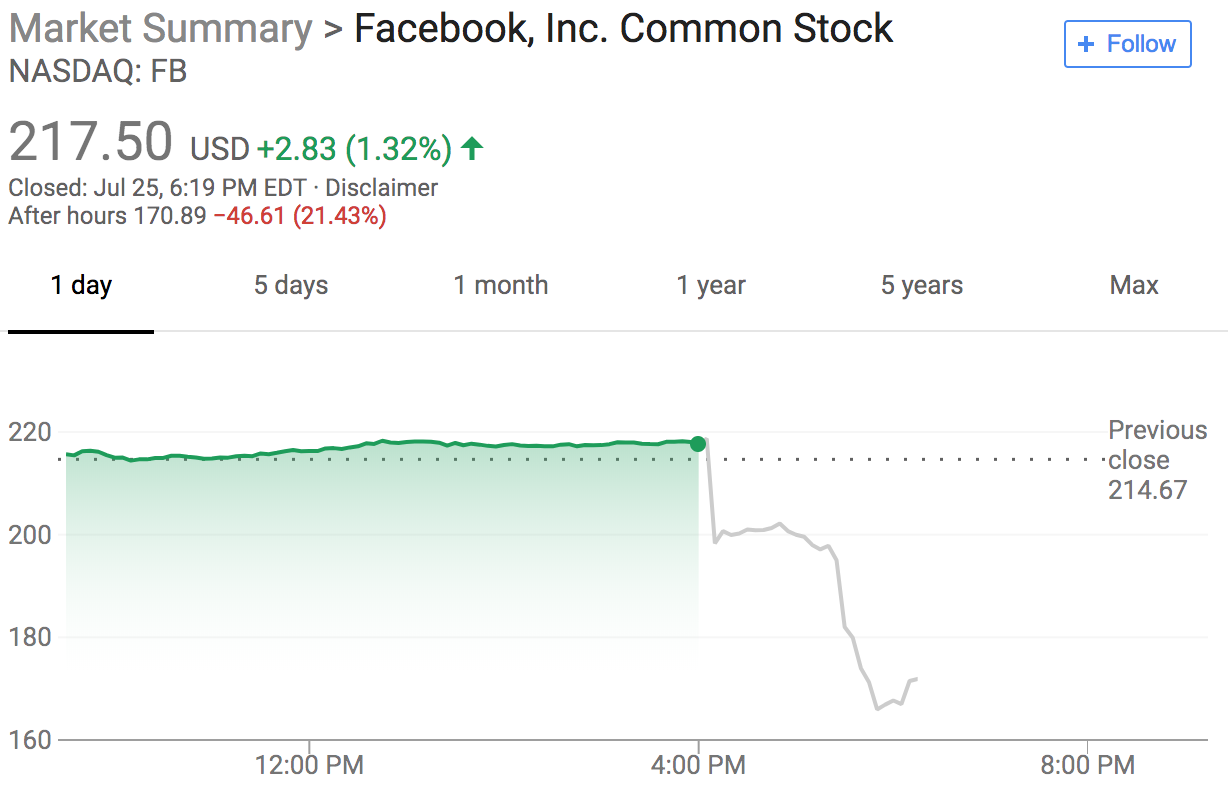 So Netflix disappointed two weeks ago. Facebook just did now. That’s two FAANGs to fall from grace in the same earnings season. Will there be more?

But Amazon and Apple announce later this month. Suffice it say, we’ll be watching closely.

With two of its members stumbling so visibly, the FAANGs are showing unprecedented vulnerability. Making up as much of the overall market as these five stocks do, investors should be very concerned about what comes next.

Oh, and guess which stock is the #1 holding among hedge funds (hint: it’s down 21% in the aftermarket right now…)