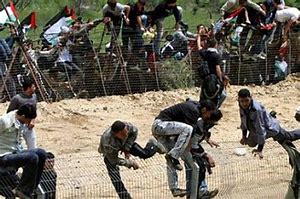 April was another record month for illegal immigration

The problem with waiting months to act decisively at the border is that we become accustomed to the new normal of record border numbers.

According to Customs and Border Protection (CBP), April set yet another record, with a total of 109,000 apprehensions at the southwest border. Unless the administration harnesses this news and calls for a complete shutoff of immigration processing at the border, it’s unlikely that the numbers will fall significantly. The partial measures being pursued currently might have worked a year ago when we warned about the tsunami, but not now that we are squarely in the storm.

Here are the key takeaways from the April CBP border report:

More agents than ever before are calling in sick to work or showing up sick, says a Border Patrol union representative who worries too many agents are succumbing to illnesses brought by illegal aliens.

Carlos Favela, president of the National Border Patrol Council Local 1929, says the number of agents affected by illnesses has reached alarming levels in recent years, with an estimated 20 to 25 agents from the El Paso sector calling in sick each day, while others come in to work sick because they’ve used up their sick days.

“I believe this is probably the record, you know, Border Patrol-wide, since ever, of agents calling in sick,” Favela told ABC-7.