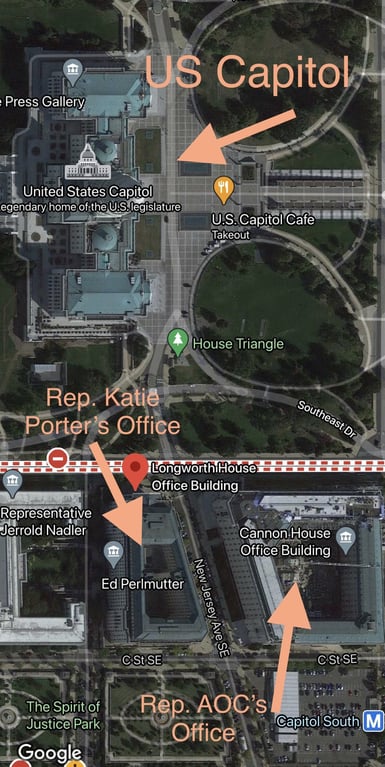 This is the latest manipulative take on the right.

They are manipulating the fact that most people don’t know the layout the Capitol complex.

We were all on the Capitol complex – the attack wasn’t just on the dome.

The bombs Trump supporters planted surrounded our offices too. pic.twitter.com/jI18e0XRrd

AOC stated very clearly that she was in Cannon building outside of attack on Capitol building. Some point to underground tunnels being accessed which justify the trauma she’s sustained. Others state there was no way anyone could have reached her in time.

Today on Twitter AOC as defended her story, and pointed the threat of bombs being planted around her office.