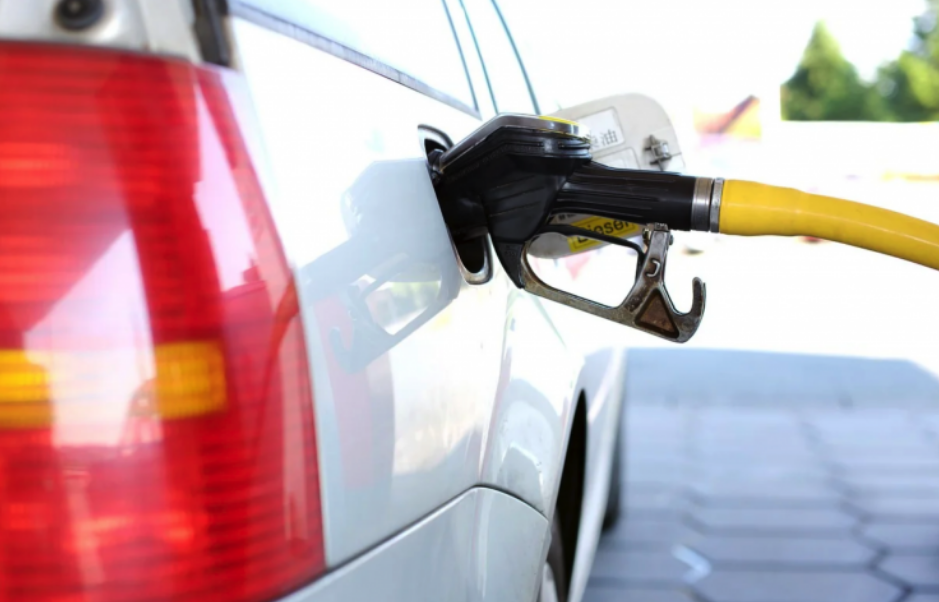 Is it just a “coincidence” that gasoline prices have absolutely exploded since Joe Biden took office?  The hatred that many on the left have for traditional forms of energy is well known.  Many of them are entirely convinced that the changes that are happening to our climate can be reversed if we can just transition away from traditional forms of energy.  So on the left there is a lot of interest in finding ways to create incentives for people to use “cleaner” forms of energy instead of “dirtier” forms of energy.  For example, the left would love to see all of us driving around in electric vehicles, and one way to accelerate that transition would be to dramatically raise the price of gasoline.  Interestingly, that is precisely what is happening right now.  In fact, the average price of a gallon of gasoline just hit another all-time high in California…

Gas prices in California reached an all-time high Monday as the average price of a regular gallon soared to $4.682, according to the American Automobile Assn.

It was the state’s second record-breaking day in a row. Monday’s price for regular unleaded was six-tenths of a cent higher than the Sunday average reported by AAA, which broke the previous state record of $4.671 set in October 2012.

And things are even worse in the San Francisco area.  For those living there, the average price of a gallon of gasoline has almost reached five dollars…

Drivers in the San Francisco Bay Area are paying more at the pump than anywhere else in the country – with a gallon of gas hitting a near record level of $4.84 as the nation remains in the grip of an inflation crisis.

On November 30th of last year, the average price of a gallon of gasoline in the United States was just $2.21.

I think that it is pretty obvious.  Last year we had a Republican in the White House and now we have a Democrat.

The Biden regime has been publicly expressing concern about gas prices, but at the same time the administration just keeps making moves that they know will make the energy crisis even worse.

When Breitbart News recently interviewed Senator Tom Cotton, he actually accused the administration of pumping up gasoline prices on purpose…

Cotton, who campaigned last week for Republicans in Iowa ahead of the 2022 midterm elections, told Breitbart News in a phone interview between events that he believes the high gas prices are on purpose.

“Most notably, more and more people tell me that they’re not even able to fill their pickup truck tank up for the entire week,” Cotton said. “They’ve got to fill up half a tank and hope that the price comes down by the end of the week. That, in particular, is the intended effect of Joe Biden’s energy policy. It’s not unintended or some accident. They want gas to cost $4 a gallon because they want all of us to get out of pickup trucks and SUVs and get into small electric compacts or bicycles or scooters or whatever else Pete Buttigieg takes to work.”

So is Senator Cotton correct about this?

If he is, it wouldn’t surprise me one bit.

Meanwhile, we just learned that over the past year home prices have been rising much, much faster than paychecks have been…

For Americans seeking to buy a home, this year has likely brought much frustration. A nexus of several natural and man-made factors culminated in the tightest residential real estate markets in recent memory.

While median wages increased by 4.3 percent October-to-October this year vs last, typical mortgage payment (30-year fixed rate with 10 percent down payment) increased nearly 17 percent, according to the National Association of Realtors (pdf). That means an average American worker earning about $4,300 a month would need to spend nearly $1,400 a month on a typical mortgage payment. And that’s before income taxes, social security taxes, Medicare taxes, property taxes, home insurance, and utility bills.

Our standard of living is being absolutely eviscerated, and the middle class is shrinking a little bit more with each passing day.

But the Democrats keep coming up with new ways to gum up the economy.  For example, they are now pushing the Biden regime to implement a new mandate which will make business travel by air a complete and utter nightmare…

Democratic lawmakers are urging President Joe Biden to require that all airline passengers either show proof of full vaccination against the coronavirus or a negative COVID-19 test before boarding a domestic flight.

The request was made in a letter, signed by more than 30 Democrats that was sent to Biden November 11.

If such a mandate is put into place, it may be many years before it is finally removed.

See also  Service members forced to pay back signing bonuses after being fired over COVID vax: ‘Kick in the face’

You would think that the Democrats would have figured out that the American people absolutely hate mandates by now.  Their poll numbers just keep sinking, and if the midterm elections were held right now they would clearly lose control of Congress…

As things stand, if the midterm elections were today, 51% of registered voters say they’d support the Republican candidate in their congressional district, 41% say the Democrat. That’s the biggest lead for Republicans in the 110 ABC/Post polls that have asked this question since November 1981. Indeed, it’s only the second time the GOP has held a statistically significant advantage (the other was +7 points in January 2002) and the ninth time it’s held any numerical edge at all.

But I don’t expect the Democrats to back down.

It’s not in their nature.

I have said it before, and I will say it again.  I think that the Democrats are creating the sort of political environment that could result in a new major third party rising before we get to the 2024 elections.

But for now, the Democrats are in control in Washington, and they have put us on a path that leads to national ruin.

All over the western world, there is a major push to discourage traditional forms of energy, and this is creating an unprecedented supply squeeze.

We desperately need to do a whole lot more drilling, but that isn’t going to happen.

So this new energy crisis is going to continue to escalate, and gasoline prices will eventually reach levels that were once completely unimaginable.