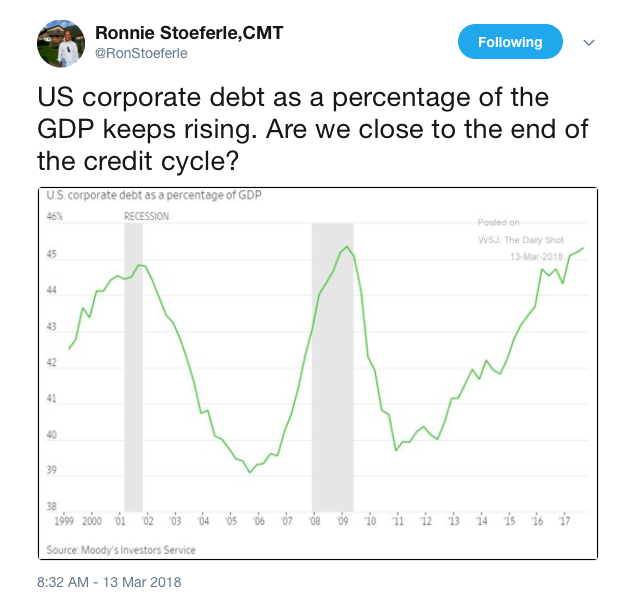 …And you wonder why salaries don't rise.

Can anyone remember the years 2007 and 2000? Did something happen those years?

Via: “The Credit Bubble Bulletin” pic.twitter.com/Z8G1S4eRq4