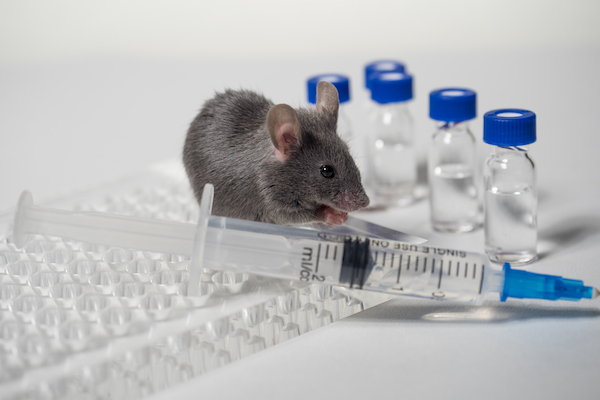 Any organized structure is corrupted over time. That is a law of entropy.

The “Universe 25” experiment is one of the most terrifying experiments in the history of science. It involves the behavior of a colony of mice, and is an attempt by scientists to explain human societies.

Here is what happened. Between the late 1960s and early 1970s, American ethologist John B. Calhoun created a seemingly perfect utopia for mice. Calhoun built a predator-free, disease-free enclosure, furnished it with limitless food and even an upper level with miniature mouse condos.

Essentially, the mice would enjoy all the modern comforts that people in the developed world have come to enjoy and now actually expect today as a “right”.

Consider what we are witnessing today. What I call “safety extremists” run the Western liberal democracies. It is as if hall room monitors all got put in charge. No climbing trees for Johnny because he may fall. Safety extremism. You can’t ride your bike without a helmet on. Safety extremism. Warning signs on hot coffee cups, telling you that the coffee is hot.

The list of safety extremism is endless. So, you see, we’re like these mice. Now, along comes the hand-wringing lefties who believe it’s everyone’s “right” to enjoy all the benefits of a modern world.

Let’s see what happened to the mice because it’s instructive for what is happening to Western societies.

To begin the experiment, Calhoun introduced four pairs of healthy mice into the enclosure. For the first 104 days, the mice explored their new habitat, marked their territory, and began nesting. Then, the population began to increase, doubling every 55 days. All normal stuff.

Interestingly, even when the population was well under 1/4 of the enclosure’s capacity, most of the mice still crowded together in select areas. Eating, for example, was a shared activity, so mice would group together during feeding times even though there was plenty of space to eat by themselves. Just like humans.

Within the male population, the most dominant mice were characterized by their extremely aggressive behavior. The so-called “alpha mice” would often engage in wildly violent bloodbaths, proceeding to attack, rape, and even practice cannibalism at the expense of their peers. Disturbingly, these violent outbursts usually had no clear provocation or motive.

See also  They want us to believe terrible working/living conditions is something to be proud of.

On the opposite side of the spectrum were the least socially adept mice who were completely excluded from mating. They spent their time moving between larger groups of mice, eating, and sleeping by themselves. Occasionally, these mice would also fight one another.

As the social roles broke down, the females took on more aggressive attitudes of their own. Taking care of their nests in the midst of such a chaotic domain was no easy task, so many mothers would sometimes act violently towards their own litters. Others would completely withdraw from their motherly responsibilities, ignoring their litters and quitting mating practices entirely.

Day 560 marked the beginning of the end, the “death phase.” The spike in mortality rate fluctuated at around 100%, halting population increase altogether. However, the new generations that did survive had grown up in the tumultuous environment that was the Universe 25. These mice had no perception of the “normal” lives that mice led beyond the enclosure’s walls.

“Studies… have consistently revealed that an absence of social stimulus and maternal care leads to a high rate of physical and emotional retardation and mortality.”

Now, consider the absence of social stimulus that we’ve all experienced during this plandemic.

In the context of the Universe 25, isolation paved the way for a new category of mice that Calhoun called the “beautiful ones.” These mice were segregated from the other, bloodthirsty mice and the violence that plagued the rest of the enclosure. Their subsequently unruffled appearances were the inspiration for their name.

Furthermore, being separated from the rest of the Universe 25 mice, the beautiful ones made no contributions to society. The mice gave no help in mating, mothering, marking territory, etc. Instead, they spent all their time feeding, drinking, grooming, and sleeping.

Eventually, the beautiful ones outnumbered the more aggressive mice. Still, rather than mating or creating new roles in the Universe 25 society, the beautiful ones continued to exist solely for their physiological satisfaction. With everything provided for them in the enclosure, the paradox of the beautiful ones reveals the self-destructive patterns that emerge when living a life without purpose.

Soon, because of the collective indifference towards mating or building a sustainable society, the mouse population began to die out until there were no mice left at all. Every single mouse died leaving nothing left.

The Universe 25 experiment offers insight into the demise of humankind. The beautiful ones in particular show us that individuals will not assume a productive role in society if they do not have proper relationships or role models in the environment they grow up in.

It is worth noting that the extreme left, which is found in Western society today, rejects family values in favour of multiculturalism and it is an advocate for universal basic income. How is this any different from the mice? It’s not.

The parallels with Universe 25 and humanity are obvious. Clearly we’re a more sophisticated species with the ability to acknowledge, think about, and change course.

What gives me optimism for the future is that during times of crisis we see both the worst of humanity but also the very best. As we head into increasingly troubling times humanity has the chance to stop, recollect, re-evaluate and recalibrate what we value, why life is beautiful and worth fighting for.

The minds of mice and men are not the same but just as a diamond is only made when put under extreme pressure, so too are people, communities, and societies.