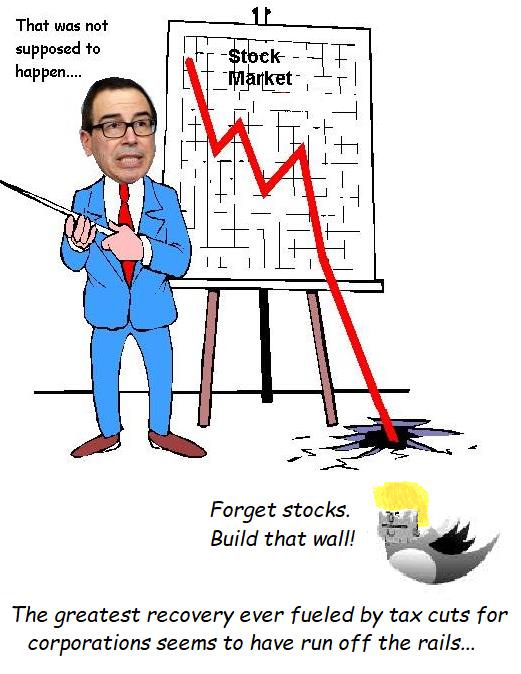 “This is the greatest economy in the history of our country.”

“I see dead people.  Walking around like regular people.  They don’t see each other.  They only see what they want to see.  They don’t know that they’re dead.”

Stocks had a rough day today, giving the bulls and true believers an intraday downdraft that rattled their teeth.

Volumes were about fifty percent higher than normal.

This has been the worst December for stocks in a decade.

And as of now, most major stock indices are negative on the year.

It’s a good thing that we gave the largest corporations and the wealthiest few a big tax cut to stimulate the economy.

Or to be squandered on massive stock buybacks to boost the managerial quarterly bonuses based, not on business fundamentals, but on stock price.

Speaking of ironic twists, wasn’t Mexico supposed to be paying for ‘The Wall?’   How come we are not shutting their government down?

Tomorrow is a triple (or is it quad) witching option expiration.

If the wiseguys have any tricks up their sleeves we might see those cards hit the table either tomorrow or next week.

General Jim Mattis, Secretary of Defense, announced today that he will be retiring (sacked?) in January.   Not even a stalwart like the storied ‘Mad Dog’ could bear to stay aboard the clown car anymore.

Gold definitely caught a safe haven bid today, reversing the decline of yesterday sharply, and then some, poking its head about the top of the trend for the latter part of this year.

A portfolio weighted to gold and cash provided some relief from worry today, although gold’s performance this year has been fairly awful to say the least.

Let’s see if it can break out from this trend it has been tracking since it hit the yearly low at $1159 in August.

And remember, whatever may go wrong, whatever bad things that may happen, Russia or China did it. 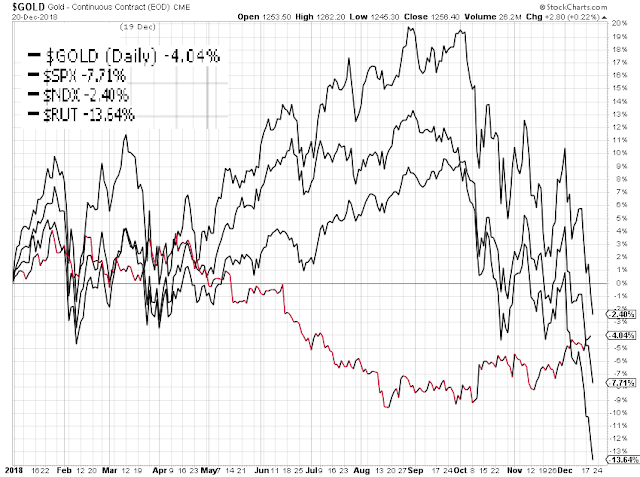 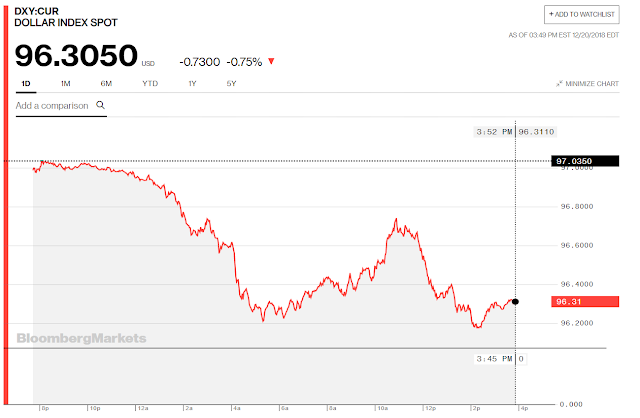 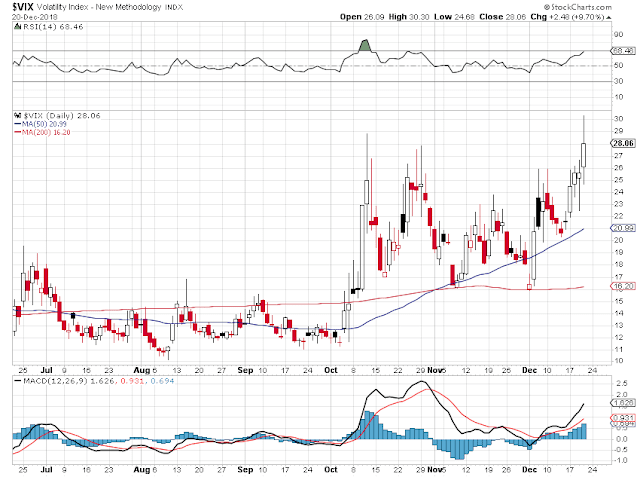 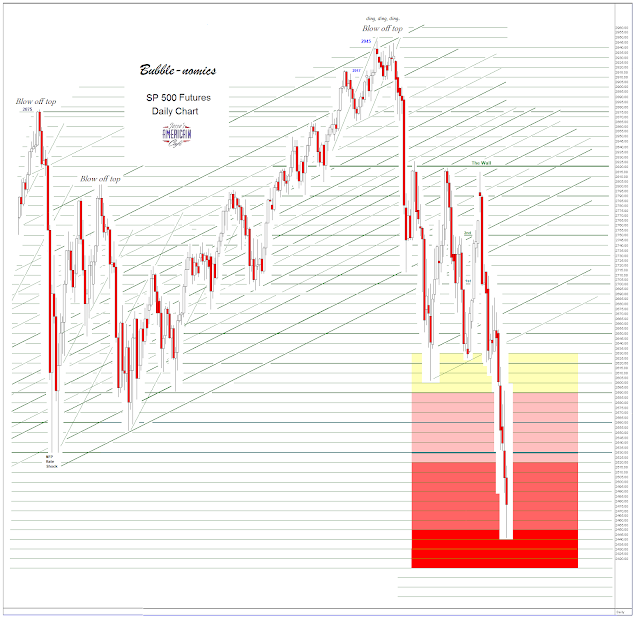 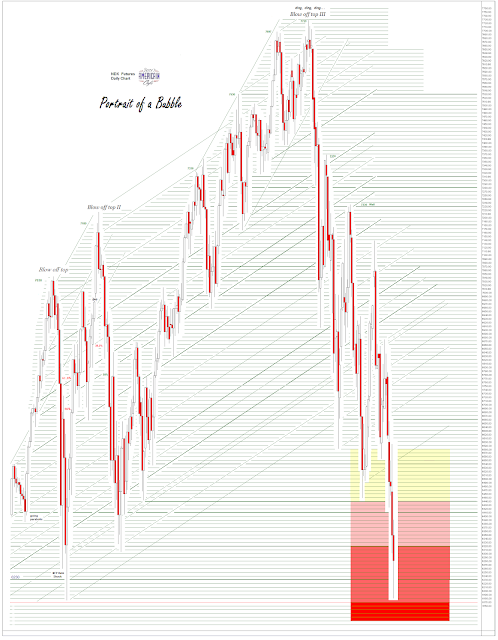 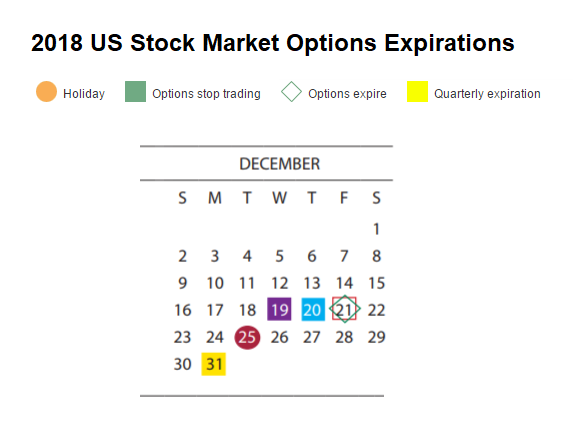 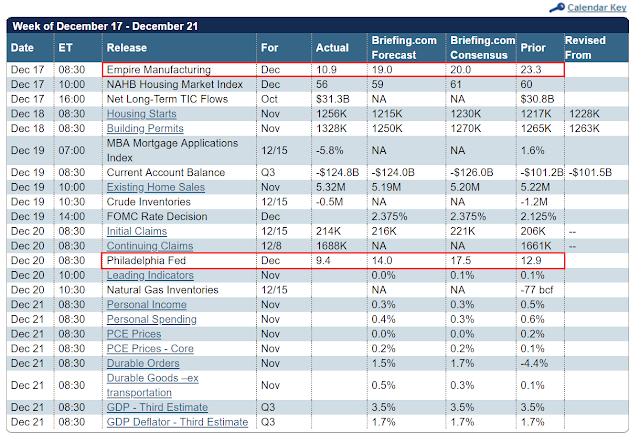 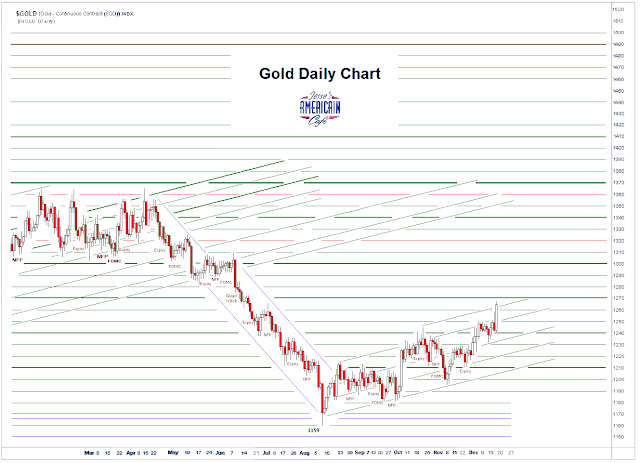 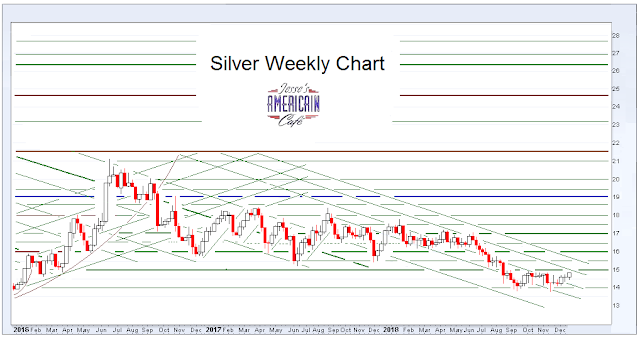