Representative Majorie Taylor Greene announced tonight on a special edition of War Room, that she has filed Articles Of Impeachment against Joe Biden and for good reason.

As part of “Biden’s Worst Week as President Yet,” the president left Washington, D.C. on Thursday for Delaware, and then headed to Camp David. America’s suffering one of its worst foreign policy defeats in history and definitely worst in the lifetime of millennials and on down.…and all we …

This morning, the President and Vice President met with their national security team and senior officials to hear updates on the draw down of our civilian personnel in Afghanistan, evacuations of SIV applicants and other Afghan allies, and the ongoing security situation in Kabul. pic.twitter.com/U7IpK3Hyj8

I see few scenarios where tonight does not result in some sort of bloodshed on the tarmac. Too many people. Too little control. pic.twitter.com/rLu0W9vtFt

US troops guarding the perimeter of the Kabul International Airport tonight.

If I heard correctly, someone is shouting "move back" to the desperate civilians who approached them.t.co/qF4CH4hAhP pic.twitter.com/af9WJ1hF8s

He hasn’t said a word and will be on vacation through Wednesday. Stunning dereliction of duty only a week after a premeditated attack on the Constitution and open acknowledgment he’s going to ignore SCOTUS. We are just seven months in. 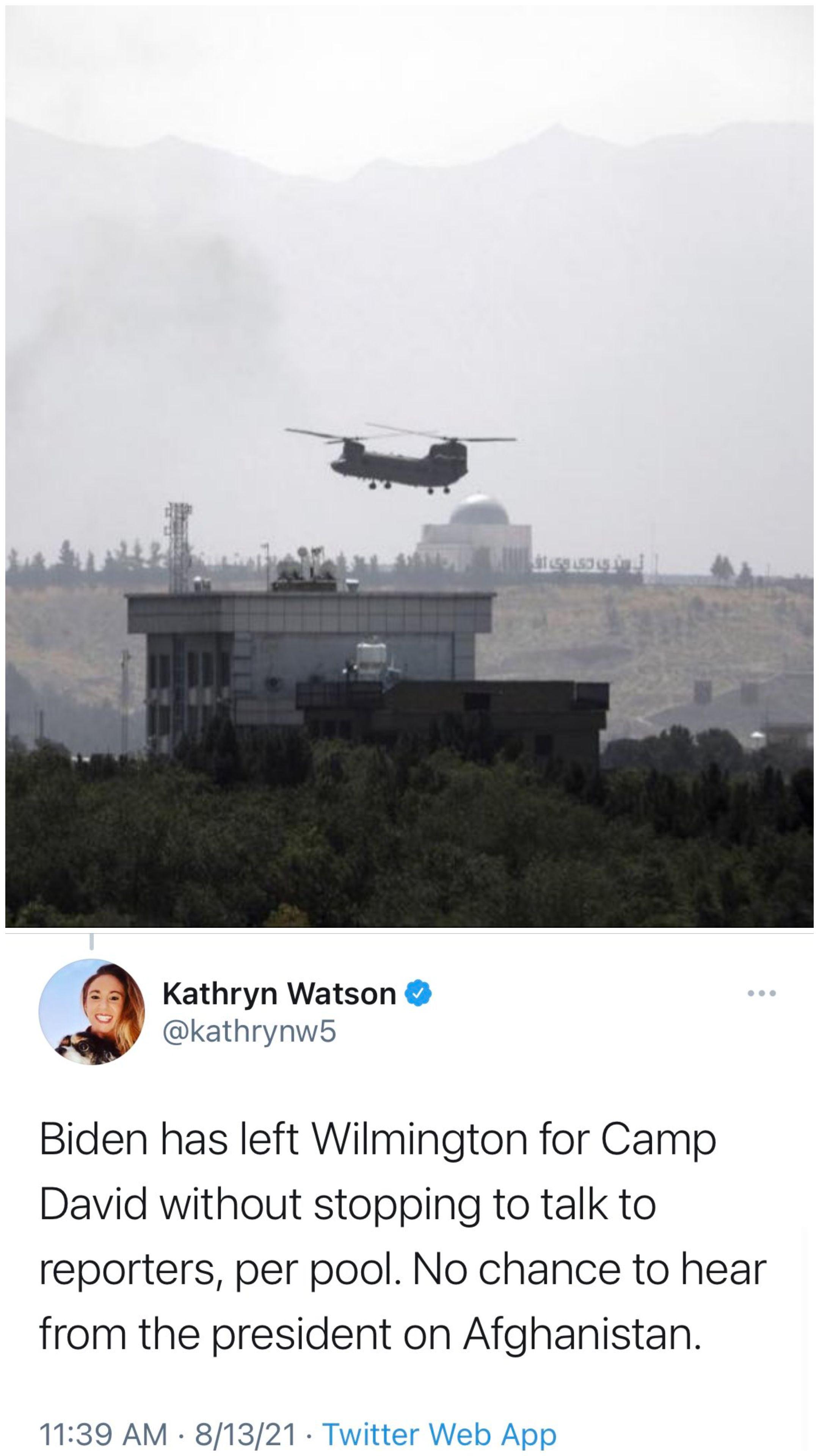