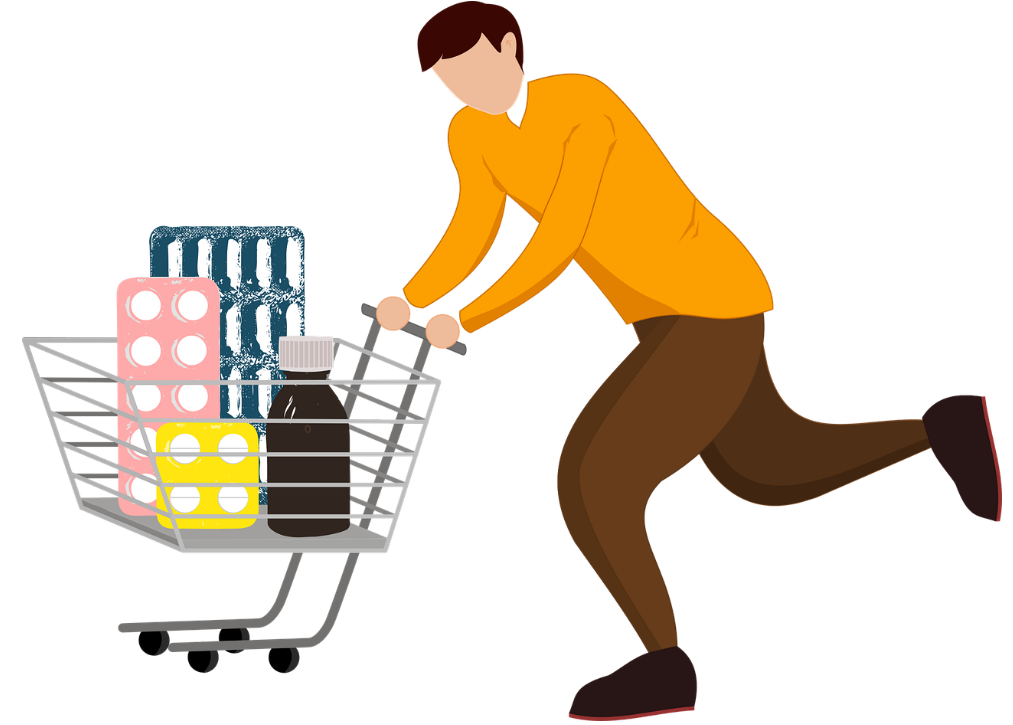 Even in the best of years we struggle to feed everyone in the world, and the last two years have definitely not been the best of years.  Global weather patterns have gone completely nuts, major natural disasters are happening with alarming frequency, and the COVID pandemic has played havoc with supply chains all over the world.  As a result, food prices have been absolutely soaring.  In fact, the UN is telling us that global food prices were up 40 percent in the 15 months ending in June…

Global food prices are rising along with many other commodities and constitute a major part of the inflation picture.

According to UN Food and Agriculture Organisation’s biannual global food outlook, prices had risen by 40% in the 15 months to June and the trend has continued. That is the largest increase since 2010-11, which students are geopolitical events will know was one of the major triggers of the so called Arab Spring that red to a revolution in Egypt and upheaval elsewhere.

Needless to say, this is going to hurt those at the bottom of the economic food chain the most.

Those that are living on five dollars or less a day simply cannot afford to pay 40 percent more for food.

If food prices continue to escalate rapidly, it is probably inevitable that we will see food riots and widespread civil unrest all around the planet.

I have been relentlessly warning my readers that this was coming, but of course many in the general population didn’t want to listen to such warnings.

But now even the communist government of China is telling people to become preppers.  Prices for some vegetables increased by more than 50 percent during the month of October, and on Monday Chinese citizens were directed to stockpile food for the coming months…

The country’s Ministry of Commerce late Monday issued a notice directing local governments to encourage people to stockpile “daily necessities,” including vegetables, oils and poultry, in order to “meet the needs of daily life and emergencies.”

The agency also urged local authorities to make sure that people have an “adequate supply” of essentials this winter into next spring. And it told those authorities to keep prices stable — a source of anxiety in recent weeks, as the cost of vegetables has surged throughout China because of unusually heavy rainfall that has hurt crops.

Have you ever heard of China doing something like this ever before?

And that is because global conditions have fundamentally changed.

If you do not understand this yet, you need to wake up.

Once this directive was issued in China, it caused a massive wave of panic buying in local supermarkets…

The directive was released on the government’s Weibo account, a similar platform to Twitter, stated: “Ministry of Commerce encourages households to stockpile daily necessities as needed.” It had more than 17 million views as of Tuesday. Some netizens were concerned that an impending invasion of Taiwan was the reason for the stockpiling directive.

“As soon as this news came out, all the old people near me went crazy panic buying in the supermarket,” wrote one Weibo user.

Could it be possible that Chinese officials want people to prepare because an invasion of Taiwan is coming soon?

Yes, that is possible, but hopefully we aren’t at that point yet.

I definitely believe that military conflict is approaching, but let us hope that it can be put off for as long as possible.

Here in the United States, we are certainly not ready for a showdown with China over Taiwan, because we have begun the process of kicking large numbers of people out of the military.  For instance, just check out what the Air Force is doing…

The Air Force has discharged 40 service members and is now preparing to address the thousands of others who failed to get a coronavirus vaccination before the Nov. 1 deadline officials imposed, becoming the first branch to execute what military leaders consider an essential protective measure but one that critics believe will undermine America’s ability to defend itself.

And now that the OSHA mandate is about to kick in, big corporations all over America are bracing for catastrophic personnel losses.  In certain cases, some companies could lose close to half of their workers…

In Wichita, Kansas, nearly half of the roughly 10,000 employees at aircraft companies Textron Inc and Spirit AeroSystems remain unvaccinated against COVID-19, risking their jobs in defiance of a federal mandate, according to a union official.

“We’re going to lose a lot of employees over this,” said Cornell Adams, head of the local Machinists union district. Many workers did not object to the vaccines as such, he said, but were staunchly opposed to what they see as government meddling in personal health decisions.

Why in the world would Joe Biden think that this is a good idea?

Forcing millions of highly qualified Americans out of their jobs in the middle of the most epic worker shortage in U.S. history is an incredibly stupid thing to do.

But Joe Biden is doing it anyway.

Meanwhile, Pfizer is laughing all the way to the bank…

Pfizer Inc on Tuesday said it expected 2021 sales of the COVID-19 vaccine it developed with German partner BioNTech SE to reach $36 billion and forecast another $29 billion from the shot in 2022, topping analyst estimates for both years.

The U.S. drugmaker said it is seeking to sign more vaccine deals with countries, which could drive sales even higher next year. It has the capacity to produce 4 billion doses in 2022 and has based its projections on sales of 1.7 billion doses.

Like with so many other things in our society, ultimately this is all about the money.

Looking ahead, governments around the world are going to continue to create, borrow and spend new money at a staggering pace, and that will push worldwide food prices higher.

On top of everything else, I expect that a variety of other factors will combine to continue to suppress agricultural production all over the planet.

So that means that for once I actually agree with the Chinese government.

Stock up while you still can, because things are starting to get really crazy out there.