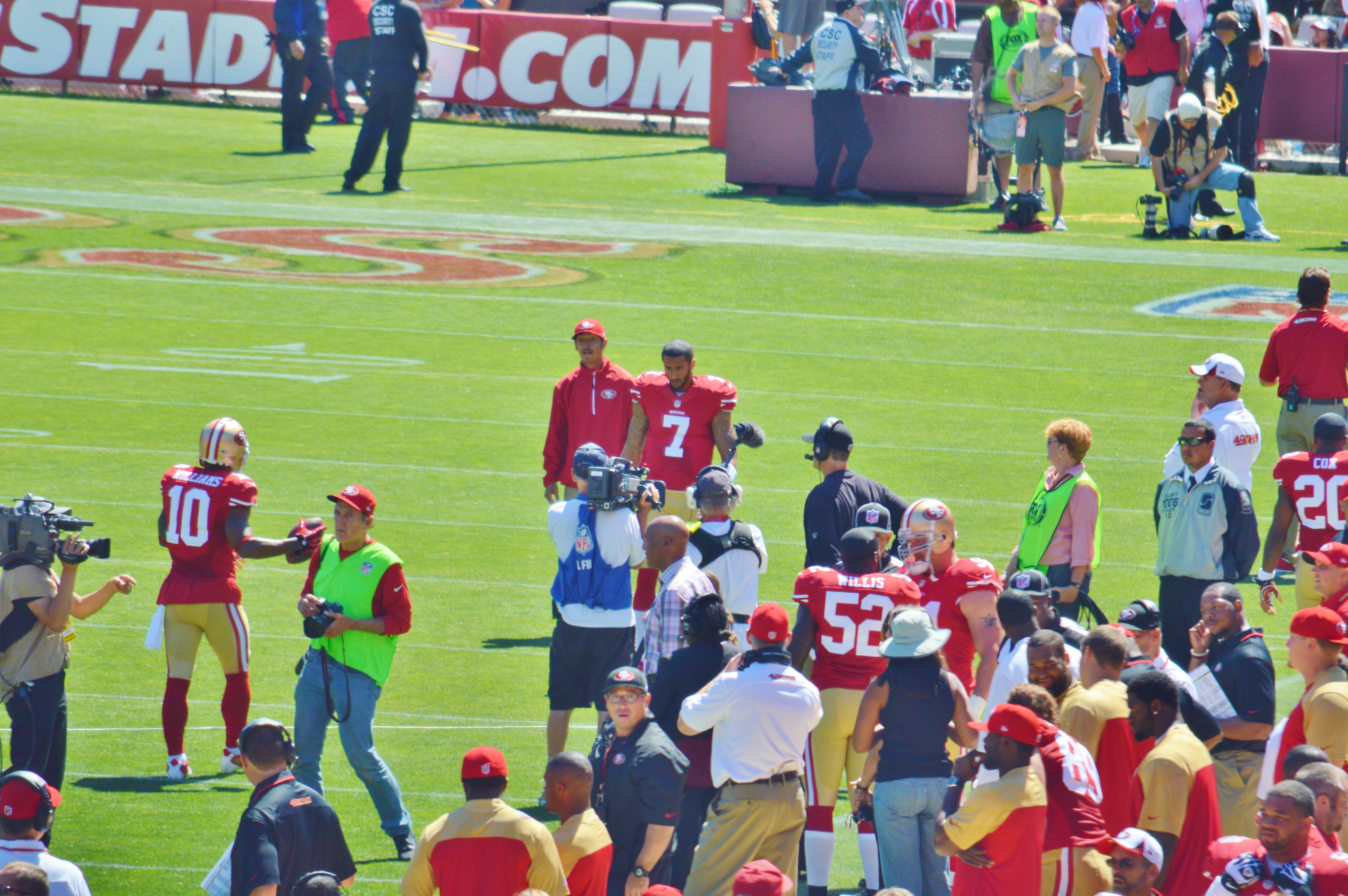 All of these NFL players and now MLB players who are protesting the symbols and institutions of the United States are at best hypocrites and at worst liars. They have every right to protest any perceived insult or unfairness that they think exists, and I have the right to call the liars and hypocrites for it…It is after all my opinion…and it appears that opinion is all that counts nowadays. If you’re wondering why I use the specific term hypocrite or liar, let me explain.
They say they are protesting because of injustice, institutionalized racism and inequality. But let’s look at these in the cold light of reality.
If there is in fact institutionalized racism, then by its very nature it is institutionalized and has been around for a long time (in fact, as the term would suggest, since the creation of these institutions). So why is that they are only now protesting them? Did the racism become “more institutionalized” or is it that these masters of brainpower hadn’t been informed by the MSM that they were racist? If they were not aware, then clearly it can’t be a particularly pervasive racism, and if they were aware, why didn’t they protest before?
If these institutions are racist now, then they were racist under Barack Obama. It’s simple logic! So their lack of protest (until it becomes popular within the media to bash the US) marks them out as not only hypocrites but complicit in keeping quiet about the abuses they “surely” knew were happening.
And what of inequality? I agree absolutely that there is inequality, but it is not based on race, it is based on poverty. Why can’t they see that it is not black people that are being held down but poor people? Those without money are being denied access to opportunity and access to influence…they are playing into the hands of race haters and bigots by buying this nonsense.
And injustice? Well the actual figures show that there is a like for like impact of policing on people regardless of race. Black folk are not disproportionately targeted; they are proportionately targeted based on the areas in which they live. Again, this is about poverty, not race. A poor white kid and a poor black kid are going to equally screwed over by a system that hates them for their poverty, not because of their skin colour.
So I say again. They are either hypocrites because they let these “terrible things” continue without a murmur from 2008 to 2016, or they don’t believe in them, in which case they are liars. And yet again, “progressive politics” has divided us. All in the name of keeping us blind form the very real class war that is happening right now.

READ  IT’S WORSE THAN WE THOUGHT! Fauci and Top US Doctors Caught! They CONSPIRED to Disqualify Hydroxychloroquine as COVID Treatment — MILLIONS
READ  Inflation Is Starting To Get Really Crazy – And It Is Worse Than You Think
2,980 views

31 thoughts on “Athletes Protesting the Anthem are Hypocrites or Worse”