The Changing Supply of Used Vehicles.

This is an important factor for people who’re buying late-model used cars because a substantial part of the supply in the two-year-old range are former rental units. And there are many good deals to be had.

Every year, millions of used vehicles are sold at auctions around the US to franchised dealers (such as Ford or Chevy dealers) and to independent used-vehicle dealers. Manheim, a unit of Cox Automotive, and the largest auto-auction house in the US, runs about 8 million of these vehicles through its auction venues a year. And today it released its quarterly data about these vehicles, including the average miles of former rental units. 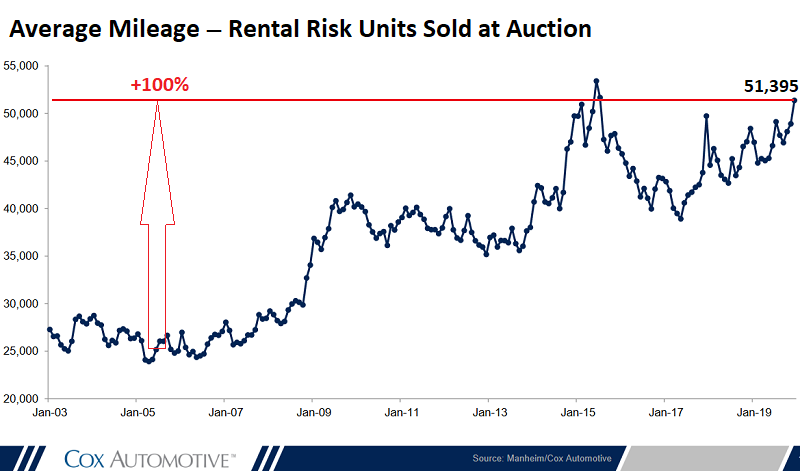 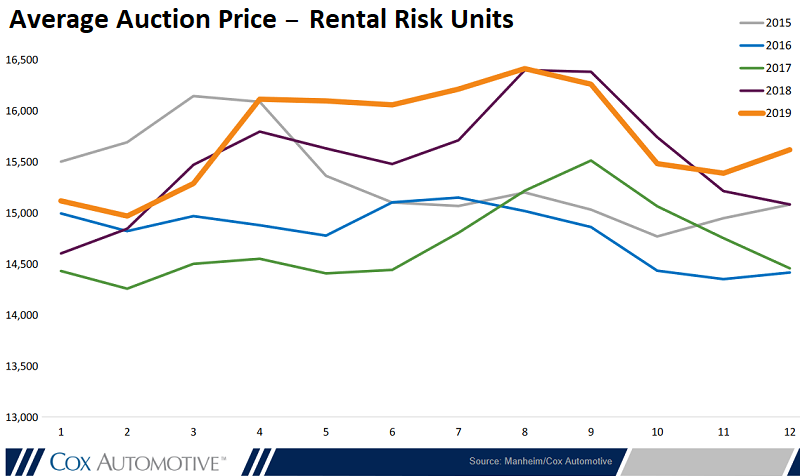 Which brands ran through the auctions as rental risk units the most? Nissan is having problems in the US. Its deliveries in 2019 dropped nearly 10% to 1.35 million units and were down 15.5% from the peak in 2017. But its brand was number one in terms of rental risk units being sold at auction in Q4, showing how aggressive Nissan had gotten in selling to rental fleets a couple of years ago. Nissan was followed by Ford (#2, blue), Chevrolet (#3, gray), and Toyota (#4, orange): 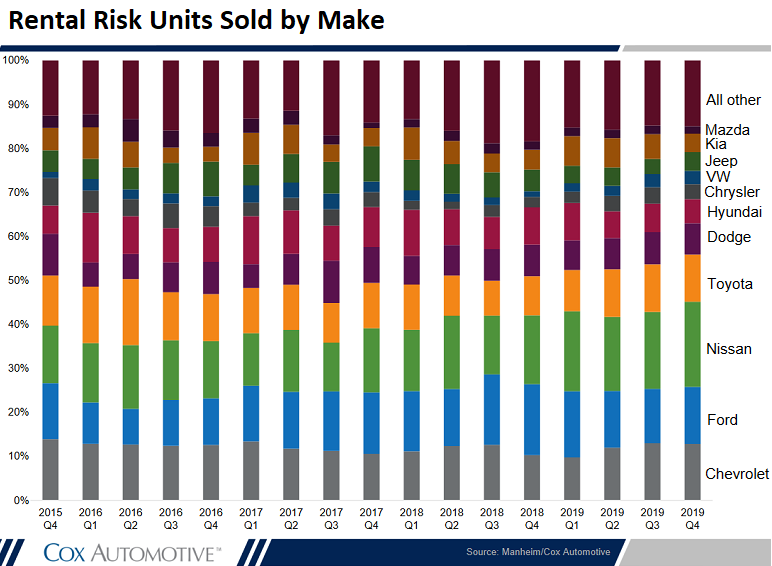 Midsize cars used to dominate the rental risk units. But in recent years, rental car companies – with an eye on resale values because that’s a risk for them – have followed the trend of consumer preferences for buying SUVs, hoping that auction prices of SUVs will remain high. So SUVs (red) have become the dominant segment among rental risk units going through the auction. Midsize cars (blue) have sunk to a distant number two. Note also the decrease in compact cars (gray), and the increase in pickups (orange): 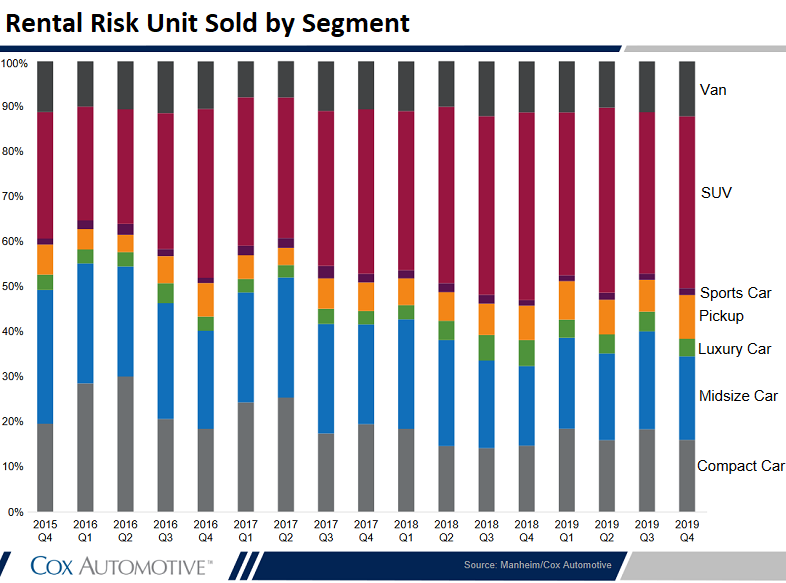 Not all rental car fleets sell all their vehicles at auction. Some fleets, such as Enterprise and affiliated brands Alamo and National, also sell directly to the consumer, trying to fetch higher prices for their cars. Enterprise says on its website that it has an inventory of over 7,000 vehicles for sale nationwide. A quick look at the site shows that mileage by vehicle spans the spectrum, from the low teens to over 45,000 miles. Low-mileage vehicles come with higher price tags.

But Enterprise also sells many of its cars at auction. The decision is not random. For example, it might sell all its high-mileage units at auction, which would skew the average mileage of rental risk vehicles going through auction.

Rental cars with 50,000 miles or more on the odometer are getting ripe for a new set of tires in the near future. This can get costly for many models. And this point at the latest is when rental car companies will pull the ripcord because they don’t want to buy new tires for all their cars just before they sell them.

The aging of rental cars in terms of mileage fits into the theme of the rising age of the average vehicle on the road, which has hit a new record of 11.8 years, up from 8.8 years in 2000. A vehicle with 50,000 miles today can look nearly new and run perfectly for many more miles.