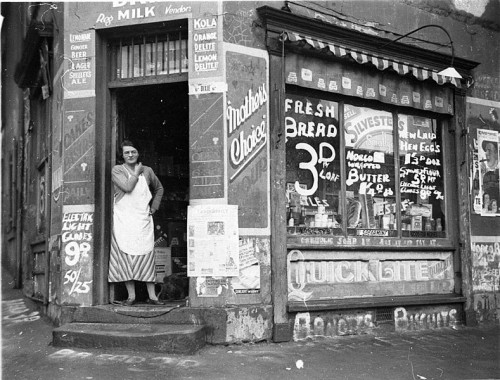 Public criticism of big businesses getting a bailout from the Paycheck Protection Program (PPP) is working as effectively as boycotts to prevent abuse that appears designed into the program by lobbyists.

Presented as a way to save employees of small businesses, devastated by state and federal coronavirus lockdowns, the program doled out loans to only 19% of eligible hospitality businesses before big corporations swept up all available funds.

In less than two weeks, thousands of small businesses were left without support because they lacked the attorneys and major bank relationships necessary to rush through applications. The smaller the business, the less likely you got anything at all.

More than 25% of the total pot went to fewer than 2% of the firms that got relief. They include a number of publicly traded companies with thousands of employees and hundreds of millions of dollars in annual sales.

Shake Shack Got A Shake Down

With its stocks soaring almost 30% in 2018 and $579 million in sales last year, Shake Shack is not some little shack that needed shoring up. Yet, it received $10 million in bailout money, which it couldn’t give back fast enough, ostensibly out of generosity.

In a open letter, Shake Shack says it and its parent company, Union Square Hospitality Group, both applied because the law welcomed them:

While the program was touted as relief for small businesses, we also learned it stipulated that any restaurant business – including restaurant chains – with no more than 500 employees per location would be eligible….”

One has to wonder how the “per location” got worked into the CARES (Coronavirus Aid, Relief and Economic Security) Act just for hospitality businesses. Are there any restaurants in the United States with more than 500 employees in one location? That sounds like the kind of extra phrasing lobbyists from some large restaurant corporations worked into the bill to make sure the big boys and girls couldn’t be disqualified.

Operators of large restaurant and hotel chains were specifically granted the chance to get Paycheck Protection Program loans…. “The restaurant industry is uniquely affected by this pandemic,” a National Restaurant Association executive, Sean Kennedy, told The Wall Street Journal several weeks ago, in discussing his trade group’s lobbying on the CARES Act. “We think we deserve a unique response from the federal government.”

Which politicians were looking out for some really big businesses when they slipped in “per location,” language that is applied under the act only to hospitality businesses … like the kind owned by President Trump. Whoever put the provision there, I’m not the only one cynical enough to see it was no accident:

Congress added one big exception: Restaurants and hotel chains can apply as long as they have fewer than 500 employees per location. This was an intentional carve-out, not a drafting error. The law is written to help most of the hospitality industry, including the Shake Shacks of the world…. It’s essentially a small-business rescue and quiet bailout of the restaurant industry grafted together.

Shake Shack qualified, even though it has thousands of employees, because they are spread over 189 locations in the US. However, Shake Shack got shamed into giving back its bailout. In their explanation, they made it clear that grabbing bailouts intended for smaller companies was not their fault:

The onus was placed on each business to figure out how, when, or even if to apply. The “PPP” came with no user manual and it was extremely confusing…. Few, if any restaurants in America employ more than 500 people per location.

That is the way lobbyists loopholes work. Loopholes make the law more confusing so one big corporations with big attorneys and accountants can see them while politicians can claim the loophole was an oversight.

Shake Shack turned their public return of the money into skilled PR, making it sound as though refunding the money was their idea solely because they felt concern about their competition: (Nice try guys.)

Late last week, when it was announced that funding for the PPP had been exhausted, businesses across the country were understandably up in arms. If this act were written for small businesses, how is it possible that so many independent restaurants whose employees needed just as much help were unable to receive funding? We now know that the first phase of the PPP was underfunded, and many who need it most, haven’t gotten any assistance…. We’ve decided to immediately return the entire $10 million PPP loan we received last week to the SBA so that those restaurants who need it most can get it now.

Then they kindly went on to tell congress how the act could be redrafted and better funded so it could more clearly include restaurants matching Shake Shack’s profile. The letter does not state whether Union Square Hospitality Group returned its bailout money.

According to Shake Shack’s CEO, they originally took the bailout money for the sake of their heroic people. They also only open restaurants for the sake of creating jobs because it actually costs them money to open new restaurants. Theirs is a noble task, not one done primarily for profits.

“Shake Shack didn’t give the money back because they didn’t want the money…. They saw what the public outcry was.”

By returning the bailout money, Shake Shack shook off public criticism and received millions of dollars worth of free publicity.

Harvard University Just Dropped Out Of Its Bailout Program

Like Shake Shack, Harvard faced public ridicule because it took $8.7 million in Department of Education money, funded through the CARES Act, which the PPP is part of. When President Trump, feeling the blowback, stated Harvard needed to give back the money, Harvard tried to get off the public hook on a technicality.

In its own defense, Harvard said,

[The university is] choosing to direct 100% of the funds to financial assistance to students, and will not be using any of the funds to cover institutional costs. Harvard did not apply for, nor has it received any funds through the U.S. Small Business Administration’s Paycheck Protection Program for small businesses. Reports saying otherwise are inaccurate.

The President, however, was having none of it and retorted by tweet:

Harvard should give back the money now. Their whole “endowment” system should be looked at! t.co/LcjOcsnCWT

After enough pressure from president and treasurer, the technical dodge failed, and Harvard backed out of its bailout.

Ruth’s Chris Steakhouse Got Grilled Over Its Bailout

Like the others above, Ruth’s Chris Steakhouse decided they had best fork over their $29 billion bailout since keeping it meant getting broiled publicly.

Ruth’s Chris faced furor over the $20 million bailout it grabbed from the PPP.

The restaurant chain has been under fire for accepting stimulus loans earmarked for struggling small businesses….

“We intended to repay this loan in adherence with government guidelines, but as we learned more about the funding limitations of the program and the unintended impact, we have decided to accelerate that repayment,” said [Cheryl Henry, CEO of Ruth’s Hospitality Group]. “It is our hope that these funds are loaned to another company to protect their employees.”

Like Shake Shack, they blame the funding limitations. Who can believe they would have quickly given the money back if not for the public outcry that made taking the money PR peril and giving it back PR platinum?

I call this the “bailout boycott” because these businesses are scared the public will not return when the coronacrisis ends if they don’t act responsibly and return funds the public clearly wants to see go to genuinely small businesses.

The response from Ruth’s Chris came after a Texas resident rallied a quarter of million people to petition the restaurant to give the money back.

Kura Sushi also announced this week it will be retuning its PPP funds:

It’s impossible to ignore the fact that our finances allow us to weather financial hardship for a longer period than independent restaurant owners.

We learned that the money had run out and so many small businesses and friends in the industry who needed it most did not receive any funds. If this crisis has taught us anything, it is that we are all in this together and we believe strongly that the restaurant community needs more support and resources to weather this storm

The public’s implied bailout boycott has accomplished what apparently our leaders in congress were not capable of — making sure the money funnels into the small businesses with the least resources to weather a government-imposed business crisis. These major bailout reversals shows its not to late to turn back the tide on bailouts even after they have happened.

Here’s an example of what your bailout protests can and are accomplishing!

The US will bar hedge funds from participating in the Paycheck Protection Program (PPP), along with private equity firms, as they are primarily engaged in investment speculation.

According to Bloomberg, the Treasury, in consultation with the Small Business Administration (SBA), believes Congress did not intend on said industries obtaining loans under the program. The Treasury Department posted the new guidance on Friday.

“The intent of this money was not for big, public companies that have access to capital,” said Treasury Secretary Steven Mnuchin at a Tuesday news briefing.…

The guidance comes after national outrage over banks such as JPMorgan prioritizing loans to large, public companies over small businesses struggling during the COVID-19 pandemic, which the funds were intended for in the first place.

Trump does care what his base thinks and will turn on a dime when they are angry, but he won’t if they just let it go. This time “We the People” were heard. Be vigilant. Be outspoken.

(The article above was originally published on CCN.)