by Adrian Day via International Man 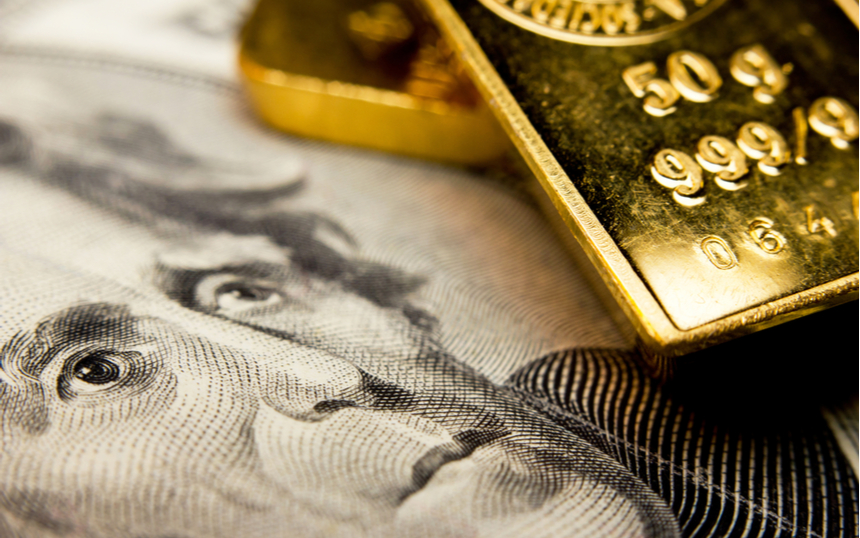 The new Net Stable Funding Requirement (NSFR) rules under Basel III for gold come into force at the end of this month. They are barely mentioned in the mainstream financial media, yet they will have a major impact on gold, gold dealers, and banks, although much of the speculation on the motives for and the impact of the rules on the gold price is exaggerated, in my opinion.

What the rules require

The NSFR rules essentially state that assets must match liabilities: Available Stable Funding (ASF) divided by Required Stable Funding (RSF) must equal one or more. ASF relates to the bank’s funding on the liability side and includes bank equity, long-term funding, and customer deposits. RSF relates to the bank’s assets. However, the rules provide certain discounts for different types of assets and exclude some altogether. There are two related issues concerning gold: allocated versus unallocated bullion and paper contracts versus physical bullion.

Under the old rules, paper contracts and physical gold were valued identically at only 50% for reserve purposes. Basel III, however, moves gold from a Tier 3 asset to Tier 1, meaning that physical gold can be counted at 100% of value in calculating reserves. Unallocated physical bullion owed to customers, as well as paper contracts, have zero value for this purpose. This means that such unallocated bullion and paper contracts cannot be used as a source of bank funding. (Allocated gold, gold owned by specific customers held in custody, is not on the bank balance sheet.) Theoretically, this could cause banks to buy vast amounts of physical gold.

The new regulations are scheduled to come into force at the end of June in the European Union, Switzerland, and the U.S.; and in the U.K. on January 1st. The rules cover large U.S. banks (over $100 billion) and U.S. subsidiaries of foreign banks.

In addition to having banks improve their Tier 1 capital relative to funding requirements, the NSFR will also affect the futures market, with the largest impact on London’s bullion banks, the members of the London Bullion Market Association (LMBA). About 150 firms are members of the LMBA, including producers, refiners, and traders, as well as banks. Members use the over-the-counter bullion market for hedging as well as for speculating.

At present, a forward buy contract is matched with a forward sell contract, and assuming there are no defaults, it works well; bullion banks have positions on both sides. (This article is not intended to get into the weeds of the paper market but rather to discuss the new Basel III rules.) With the new NSFR requirement, liabilities generated by derivative trades will not be included in the ASF, though the assets will be included (at 85%).

Theoretically, this could stop most trading of forwards in bullion. At a minimum, it would dramatically shrink the market.

The LBMA has sought to have London’s bullion banks exempted from NSFR. Although it is highly unlikely at this late stage that the deadline for the Basel III rules will be extended again, it is still possible that the U.K. regulators exempt London’s bullion banks because of the impact on the forwards market. If this were granted, it would likely apply only to the London banks, since European and other regulators would likely not grant an exemption even for London subsidiaries of “their” banks. (Of the 43 LBMA member banks, 10 are European and Swiss banks.) The majority of the remaining bullion banks would not be in a position to buy physical bullion sufficient to cover forward contracts of their customers, nor would that make sense. The result would be putting the market in the hands of far fewer banks and dramatically curtailing the London forward market (including London hedging with the COMEX). On that basis, the exemption could be granted.

Why introduce the rules, and why now?

There are, as would be expected, many arguments floating around the internet as to why these rules were introduced. Some say that it is a deliberate scheme of the European Central Bank (ECB) and its masters to increase the price of gold to offset the bank’s bond losses. (This would not help the Federal Reserve unless it changes its rules because its gold is not marked to market.) This is a theory and nothing more; despite thousands of words alleging this, I have yet to see any evidence to support it. Remember, the Basel rules were drafted before the ECB had any losses on its massive bond purchases. We don’t have to go down that route to see why this is being implemented and why it is bullish for gold.

See also  Coming to a town near you...

Basel III was first put on the drafting board after the collapse of Lehman. It is not unreasonable to think that regulators want to prevent large and self-reinforcing derivative losses like those seen with mortgage derivatives. The argument that regulators made the changes for gold because they viewed the huge pyramid of derivatives as a potential major risk to the banks has a little more validity. Arguably, the rules would make the banking system sounder, though it definitely would concentrate the risks on fewer and larger institutions, so the systemic risk would remain.

If the rules are implemented as scheduled with no exemption or delay for the LMBA, there will be major effects on the forward market, as discussed. But the impact on other banks—and on the price of gold—is exaggerated by many commentators, in my view.

Bullish for gold, but how bullish?

The implementation of the rules is clearly bullish for gold. Banks will want to reduce paper holdings and replace them with physical ones. Moreover, banks (and their customers) will want to replace unallocated gold with allocated, and to the extent that the unallocated is in the form of paper obligations, it means more buying of physical.

Now if all the bullion banks suffered a reduction in their “net stable funding ratios” (NSFR) to below one when the new rules come in, and they all decide to buy physical gold to bring the NSFR up to one then gold could have an explosive move.

Yes, banks will have to match their ASF and RSF, but there are many ways to get there other than converting all of their paper gold to physical gold. First, most banks have excess deposits, so they need not increase their bullion one-for-one in order to remain in compliance. Second, they can increase their acceptable funding liabilities. And to the extent that the unallocated gold is already in bullion form, there is not much effect.

So this is bullish, and banks have probably already been buying physical for the last few months. After all, it has become apparent that there will not be an extension of the deadline for the rules. Any bank buying of bullion to bring it into NSFR compliance is price-insensitive, though time-sensitive. This could help explain why gold has had no meaningful pullback since its lows at the end of February.

But it’s not as explosively bullish as some are suggesting. Talking about the estimated 100:1 ratio between paper and physical gold, or $1 trillion in potential buying, is wishful thinking. There are other ways that banks can meet their ratios, and it’s a “one-off” boost not to buy continuous large-scale additions compared to physical buying. Although some banks, no doubt, have been pre-emptively buying bullion, there are six months from the rules’ implementation until the January date by which banks must be in full compliance. Thus, buying will continue for some months, we suspect. This gold, once bought and put in Tier 1 reserves, is unlikely to be sold any time soon.

Editor’s Note: In the months and years ahead the global economic situation will become increasingly volatile.

Before it all unfolds, you’ll need to know how to navigate the complicated political and financial situation.

If you’re wondering about what could happen next—then you need to check out this urgent video by legendary investor Doug Casey and his team.

In it, they reveal exactly what it means for you and your money, including how you survive and thrive in the months and years ahead.