Venezuela currently controls over about 303 billion barrels of proven oil reserves, which is about 20 percent of the world’s total. Nevertheless, broken oil rigs and a mismanaged government have led to a rapid decline in production.

The South American nation’s dependence on a shoddy oil regime caused a deepening humanitarian crisis. With 98% of exports being oil and no trade occurring with other countries, military officers running the national oil company, PDVSA, are reportedly gathering to ask God for help.

“When you look at Venezuela’s economy right now and what’s happening, it’s gone from the richest nation in Latin America to what is now a primitive barter system,” Brian Price, Senior Reporter of Real Vision and Executive Producer of the new documentary “Venezuela: State of Disaster,” told Yahoo Finance (video above).

Venezuela is ‘an ice cube’

The end result of the country’s decline, in terms of society, has been extreme poverty and hunger.

In 2017, the average Venezuelan citizen lost around 24 pounds in 2017, about 73 people were murdered a day. And the rule of law is also breaking down: According to the country’s Prosecutor General’s office, 98% of crimes in 2014 were not prosecuted.

Hyperinflation and the introduction of President Nicolas Maduro’s unique cryptocurrency has made the bolivar essentially worthless. The International Organization for Migration (IOM) noted that three million Venezuelans have sought refuge, hoping to find a new and safer place they can call home.

A study made by Simón Bolivar University, Andrés Bello Catholic University and the Central University of Venezuela found that nearly 90% of the population lives in poverty. According to the Bloomberg Cafe con Leche Index, the price of a cup of coffee in Eastern Caracas costs 400 million bolivars. Pharmacy and grocery store shelves are bare. Fridges are empty. 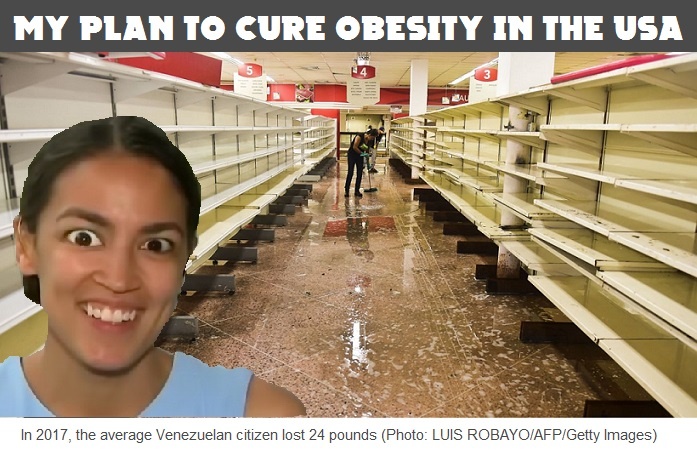