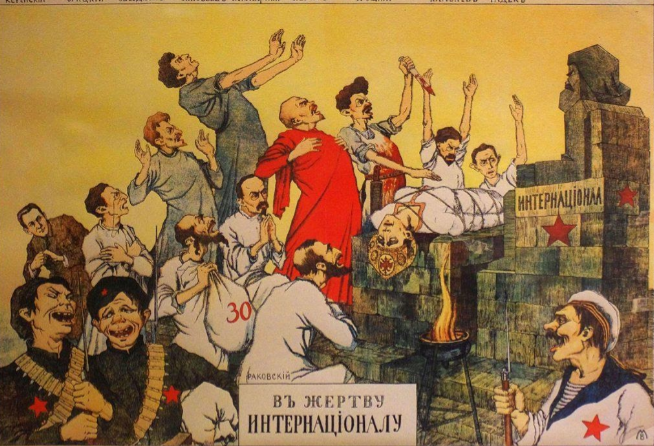 I don’t know if people pay attention to this sort of stuff anymore, but it’s important:

BREAKING: The head of former President Trump's inaugural committee is arrested on charges that he acted as an agent of the United Arab Emirates and lied to investigators. Thomas Barrack was among three men charged in New York federal court. t.co/OvocNUMQWs

And yet AIPAC acts as an agent of Israel and nothing ever happens. FIY, 63 congressmen & senators are ISREALI CITIZENS!!

Moving along with the story, Thomas Barrack is a 74 years old boomer, a billionaire who served as chairman of the 2017 inaugural fund for newly elected President Donald Trump.

Also the founder of private equity form Colony Capital, Thomas was arrested on Tuesday morning in Los Angeles, being accused of acting and conspiring to act as an agent of the UAE between April 2016 and April 2018, as per the DOJ statement.

You know, “lying to a federal agent”, the same crap they tried with General Flynn. Needless to say, the accusations are ridiculous.

What all this means is that the people running the show are now arresting the opposition, which means America is now engaged in open full-throttle Bolshevism.

Arresting the opposition on trumped up charges is not something that happens in a normal country.

The same foreign agent nonsense was used by the so-called deep state against Trump people while he was still president. Do you remember the Mueller Sanhedrin?

Everything they accuse Thomas Barrack of is a technicality or a “process crime”, and they might as well just be arresting dissidents for being the opposition.

This is getting really dark really fast, and you should read and learn about what the Bolsheviks themselves used to do back in the day, i.e. to always accuse the opposition of made-up crimes before rounding them up.

Combine the super aggressive censorship we are witnessing with these kinds of random arrests of pro Trump people and you are looking at an incoming atrocity type scenario:

ADL and Moonshot’s research on online white supremacy culminated in the report, “White Supremacy Search Trends in the United States.” Find out more here: t.co/zPCXZYcKtX
Consider donating to ADL so we can continue to collaborate successfully: t.co/508JwtYZSC

The ADL is implying that we require their permission to search the internet. We don’t – we can look up whatever we please on the internet, and if they have a problem with that, too bad.

This tribe of radical racial supremacists owns practically every major bank and conglomerate, including both BlackRock and Vanguard, which collectively own over $20 trillion in assets covering a huge swath of real estate, media and corporate entities.

And they have the audacity to portray themselves as victims of persecution. The ADL was founded to protect a known child rapist and murderer, Leo Frank. That’s all you need to know about them.

Reports from Defense One and Fox News state that the Pentagon is working with a UK-based company called Moonshot CVE (Countering Violent Extremism) to uncover networks of domestic extremists within the military.

They are basically tracking Google searches described as indicators of “white supremacy,” citing the phrase “the truth about black lives matter” as one example.

Censorship is the foundational pylon of dictatorships. We are watching the forms being locked into position, the rebar set and the concrete poured at the lowest floor.

It’s remarkably shocking to witness this incipient process unfold in the USA, historically the most successful modern democracy in the Western World.

There is no legal system in the US anymore, just a cult that owns the media, judiciary, academia, bureaucracy, and big tech. If you’re not in that cult then you’re a target for destruction, whether you’re rich or poor ; it doesn’t matter, you’re the enemy.

We’re in the final stages of the end game. They’re all playing for keeps.