Motto: This about accustoming you to being an absolute slave in your own country, to invisible financial and corporate entities, while making you believe that you’re simply engaging in pro-social behavior for the good of society at large.

Things are degenerating fast in the US, not one year into alleged president Joe Biden’s mandate. We just got word that Uncle Joe is going to send the Vaxx Police to the homes of the people to intimidate them into getting jabbed with mystery DNA altering substances.

This is not a joke by the way, but it’s a common occurrence in Clown World to mistake real news for a satirical headline in the Babylon Bee.

This is a real thing, and we also learned that White House coordinated FEMA surge-teams are going to be deployed to help local efforts on the ground.

Truth be told, this is not new intel, as the plan for going door to door and harassing Americans to get vaccinated was first published by the city of Lake County, Illinois, a few months ago. We can only assume the nation-wide plan was being implemented stealthily in the background since then.

The document itself is bizarre, as it instructs the Vaxx Police volunteers to  ignore “no soliciting signs” and to “use the script.”

You can check out the script in the link above to see the helpful hints offered to the volunteer terror agents, but the most mind blowing thing is that the Vaxx Police is requested to keep a list of who has been vaxxed:

Maybe if you tell them you’re already vaxxed, they’ll leave you alone, who knows. However, if you give them your name, you’ll be put on a list and your personal information cross-referenced to their vaxxed list, and most probably they’ll come back for you.

Part of Biden’s admin agenda is inflicting terror in the population with these NKVD tactics, but another thing to contemplate is that the federal government is creating a list of resistors, aka dissidents.

Until recently, enemies lists were fundamentally un-American, but in the past five years, bolshevik tactics have been normalized, to quote Yuri Bezmenov.

The script instructs Vaxx Police volunteers to literally lie to people about possible adverse effects of mRNA vaccines, even if we already know that these so-called vaccines are more deadly than any vaccine in history.

1/ @cdcgov has now analyzed the VAERS data on #Covid vaccine myocarditis in teens and young adults. It is terrible.

Based only on received reports – and remember, most side effects go unreported even when they are serious – the rate is as high as 40 times the background rate… pic.twitter.com/GhlUtgrRjT

This terror campaign is nothing more than that, a terror campaign aimed at instilling shock and awe in the populace. The thing is, no living being in the US lacks in official information about covid, and by that I mean lies and disinformation, especially about the so-called vaccines.

There are spam emails, spam text messages, and 24/7 vaxx indoctrination propaganda on the television, so this means the Biden regime is literally coercing people into getting vaccinated.

People are supposed to feel the full power of the regime, as well as a vague implication that they are being punished for non-complying with authority.

The Biden regime signals they will not take no for an answer , and this is part of the process described in the Event 201 documents, long before anyone heard about the coronavirus.

See also  So, Biden Admin wants the ATLANTA BRAVES to change their name... 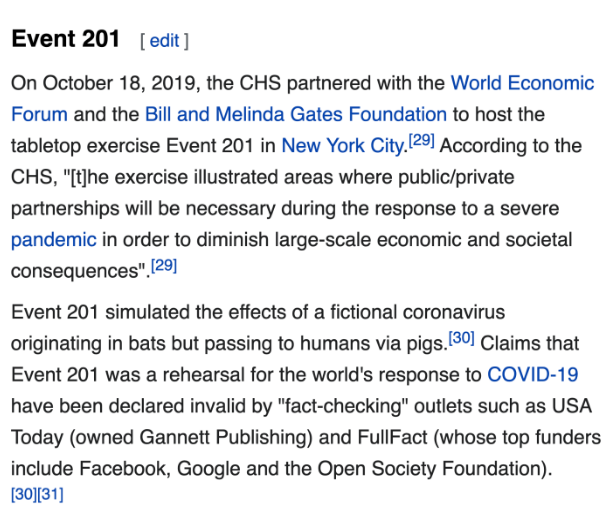 We don’t know exactly about the specific stages, but stay tuned, this is going to become very interesting and intense sooner rather than later.

Meanwhile, the UK government is requiring a vaxx pass to enter all pubs and restaurants. I mean, at this point, can it be any more obvious?

Covid-19 certificates will be required for customers to enter bars, restaurants and nightclubs under plans to tackle a fourth wave of the virus in a move that experts hope will boost jab rates among the young.

Entertainment venues in England would be forced to make customers use so-called vaccination passports from autumn, to prove that they had either had both doses or a negative test the day before. Recent figures have shown a reduction in the take-up of vaccines with first doses halving in two weeks. Fewer than 100,000 a day are being given out on average for the first time since April.