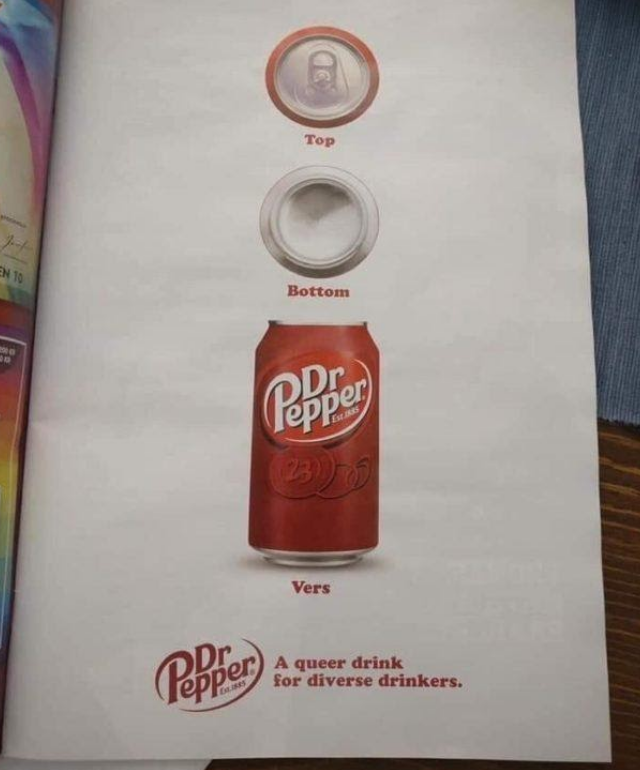 Here’s the deal: most US companies are controlled by literal homosexual or pro-homosexual leftists.

If they were controlled by Christians or conservatives they wouldn’t be abiding to the globo-homo agenda. Allow me to demonstrate:

50 brands that are giving back for Pride Month 2021

And the state is just as pro-homo as these companies, which is obvious, i.e. we have a globalist state enforcing gender and race quotas on private companies, or the US government forcing a private Christian bakery to bake rainbow and pentagram themed cakes for satanic gays.

A lot of shills this month are going to be claiming companies are supporting gay pride to be “woke” or to “make money”.

This is a lie.

The reality is, the leaders of these big corporations zealously believe in the LGBT cause. Many of them are gay or transgender themselves (see Apple).

Others simply work with pro-gay NGOs that have embedded themselves in the company leadership.

The vast majority haven’t suddenly started supporting an LGBT agenda, they’ve been doing it for decades.

Corporations that aren’t regulated by the state become degenerate and globalist.

This is what happens when the US government is derelict in its duty of checking corporate power for several generations.

The solution is not begging ZOG to stop companies from pushing gay shit (they will do the opposite in fact since the state is also run by pro-LGBT libtards). The solution at least right now is divesting from the system and ZOG economy as much as possible and boycotting these companies and the state.

Take your money and labour off the table and invest it in your own local community. Patron only conservative-owned traditional local businesses and boycott the rest.

Vague hypothesizing about favourable regulations achieves nothing when our enemies control all the power systems.

The classic leftist ideals of protecting the poor by “distributing wealth fairly” and so on have been totally replaced with bizarre social agendas. There is virtually no talk at all of the concentration of wealth or the abuses by corporations, and the overwhelming majority of leftists appear perfectly fine with this.

What we have right now is a combination of the very worst aspects of both right and left, a system tailor-made for the oppression of the masses of people, who are psychologically enslaved by a mystifying ideology that appeals directly to feminine nature.