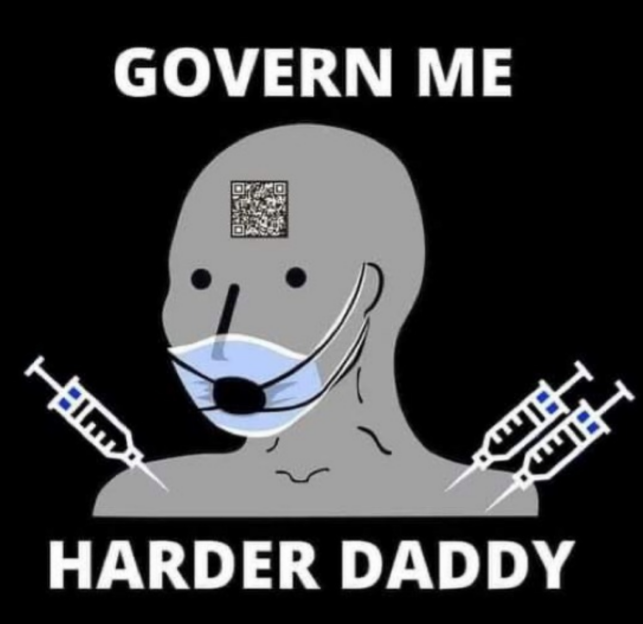 Motto: we need to vaccinate the unvaccinated because the vaccines don’t work for the vaccinated.

We are at that point in the game where the unvaccinated are going to become enemies of the people, just like in Bolshevik Russia. I have zero doubt that the Biden administration is going back to March of 2020, which means total lockdown and full mask mandates enforced by the feds.

And this time, they are not going to take no for an answer, the writing is on the wall.

President Biden on Thursday sought to revive the nation’s stalled push to vaccinate Americans against the surging Delta variant of the coronavirus, announcing new requirements for federal workers to be vaccinated and urging local and state governments to offer $100 to anyone willing to get a shot voluntarily.

His announcement included only federal civilian employees, but hours later the Pentagon said members of the military would also be subject to the same rules: Get vaccinated or face regular testing, social distancing, mask wearing and limits on official travel.

If there really was something floating around outside that required a face shield and mask to protect you, and was incredibly deadly, we’d all already be dead.  Diapering up, is only for show, fear and control, along with the elimination of the self, your identity.

The new identity is the mask, the symbol of slavery.

There is no Delta variant. The PCR tests they use for Covid would be positive if you tested the bird crap that fell on your windshield. By the way, the CDC admitted recently that the PCR test is crap.

We’re in the final stage of “asking you nicely”. The White House is still pushing the narrative that the mRNA so-called vaccines are protecting you from the deadly disease which according to their own numbers has a 99.97 percent survivability rate (it’s just the flu bro).

The rest of the world has already admitted that the Pfizer and Moderna jabs are not actually working. As I told you a couple days ago, Iceland, a country with a 90 percent of the population double-vaxxed is already talking about a 15-year covid restrictions plan.

2/ The good times lasted not even a month. Iceland has already imposed new restrictions – and is warning they could last years – as in, up to 15 years, per the country's top epidemiologist. 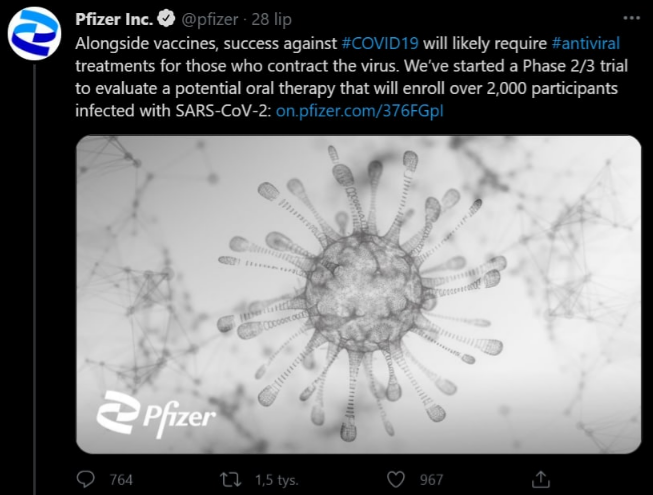 Pfizer announces that even after the third-jab against Delta, you will also need to purchase their anti-viral. At this point, neither the vaccine nor masks should be obligatory. This is clown world on steroids.

Getting back to business, here’s what dear leader had to say:

Basically, according to the dementia in chief, unvaccinated Americans are all going to die soon. Well, I’ll take my chances Mr. Biden, thank you very much.

The main thing to understand is that we’ve entered into the next phase of the Great Reset, where American people no longer have rights. All our Constitutional rights were surrender last year, when we accepted that the Federal Government is our daddy, and in order to keep us safe from a hoax virus, we must forfeit our decision making capabilities, and let “the science” make all the decisions for us.

We’re on a path of no return. Do you remember Tucker Carlson in April 2020 asking the governor of New Jersey about how he was able to violate the people’s First Amendment? He just smirked and giggled:

You should have protested right then and there, but everyone just thought it was all just a silly joke. That’s the foundation of all of this: politicians giggling at the idea of inalienable rights and freedoms, and the public going along with it.

The Constitution is dead and buried, as any freedoms and rights you thought you had are gone baby, gone. When the vaxx police are going to come at your door soon, just try to tell them about your rights. You’ll be on for a rude awakening.

The US will follow the globalist path soon, because everything was pre-planned a long time ago, and it’s all part of a single global agenda. You’ll see a new lockdown (a prison term) coming this fall, as a necessary step to get people accustomed with the vaccination passport.

I will not be shocked if the military will be asked to go door to door to force vaccinate people, once the panopticon electronic grid is implemented in the form of a digital vaccination passport. The new measures that are going to be implemented soon are going to be permanent, and you will live under a total control grid.

Meanwhile, Republican congressmen are whining about masks and freedom in Cuba. What about freedom in the US?

Forget about those shills, there’s no political solution, they are all bought and paid for, Democrats and Republicans alike.

You have zero representation and zero institutional power as a right-winger:

Republicans pushing for regime change in Cuba while our regime indefinitely locks up their own supporters and orders Big Tech to crack down on free speech t.co/LMBv8KnlQv

“Which is it, vaccines or masks?” — Rep. Chip Roy (R-TX) throws a tantrum on the House floor, protesting the reimposed House mask requirement.

The House is now voting on Roy’s motion to adjourn in protest. pic.twitter.com/kx6cTrNm4U

The protests in Cuba aren’t just about internet access in Cuba.

They aren’t just about a lack of vaccines.

And they aren’t just about food shortages.

The Cuban people are REJECTING socialism and communism and DEMANDING freedom. t.co/32nSwnEGRx

See also  Biden to world leaders at UN: "Thank you for tolerance for listening to me."

But in Europe, it’s been huge.

Americans don’t seem to care much about what’s in store for them, or to even realize that the vaccine passport is coming:

Not much in the mainstream.

This video is from Finland.pic.twitter.com/ClwctjIQyx

The protest in Paris, France against the Macron government domestic vaccine pass is massive. pic.twitter.com/K20R1GMRCN