Biden is literally EVERYTHING Democrats accused Trump of being over the past 4 years. 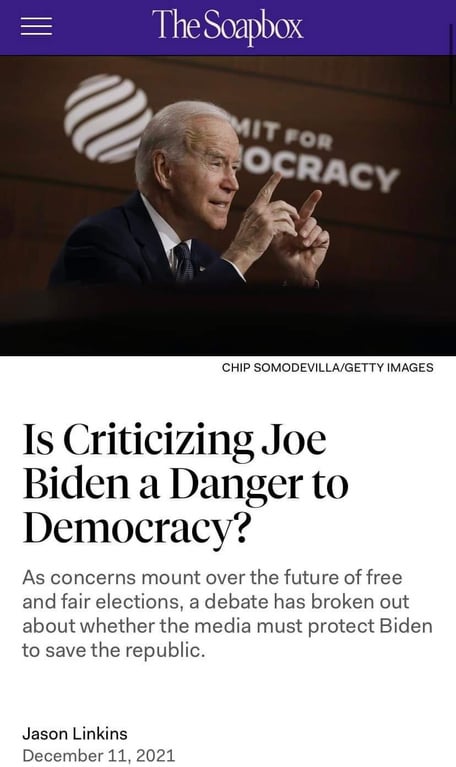 Two weeks after the meeting, Bobulinski set up SinoHawk Holdings LLC, a global investment firm seeded with $10 million in Chinese money to buy projects in the U.S. and around the world, according to Devine.

Twenty percent of the equity shares of the company were for Hunter Biden, 10% for Jim Biden and another 10% held by Hunter for “the big guy,” who is Joe Biden.

All of this barely touches the surface of Hunter Biden setting up meetings for Joe Biden with Hunter’s benefactors from Russia, the Ukraine and Kazakhstan, all the while that Burisma, the corrupt Ukrainian energy company, is paying Hunter $83,333 a month for doing nothing.

The Russian oligarchs have nothing on the Bidens. The Bidens are American oligarchs.

In the pay of the Russian and Chinese ones.

DAVID MASTIO: “I have to admit, I am engaged enough in the culture war that I enjoyed seeing Jussie Smollett convicted of five felonies for staging a heinous anti-gay and anti-Black hate crime to bring attention to himself. As a conservative, it is delicious to have the self-described truth-tellers of the media and the ‘reality-based community’ of the left made to look foolish.”

OUT ON A LIMB: The media will never apologize for going all in on Jussie Smollett.