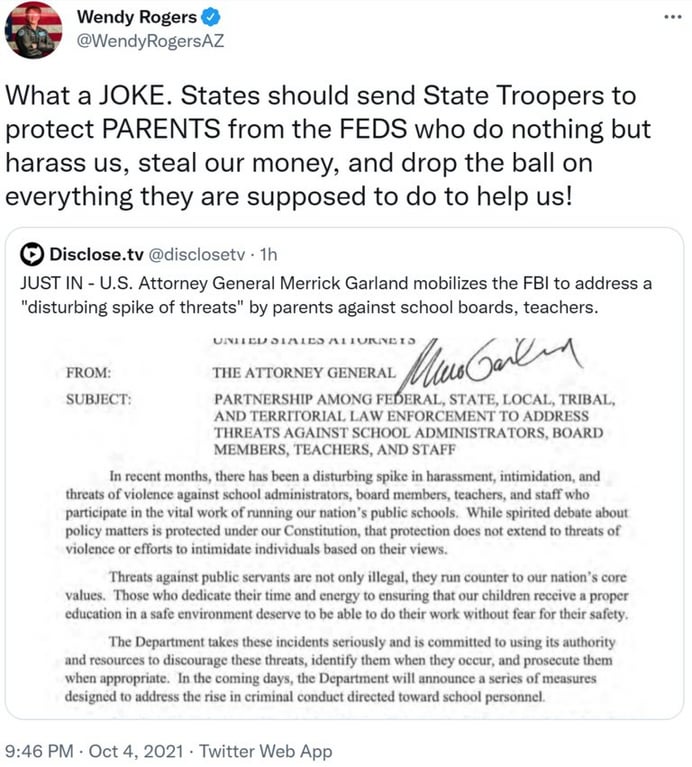 The Bolsheviks are waging genocidal war on the kulaks again. Par for the course as this is the most kosher government in American history.

They’re now taking revenge against the American nation for daring to defy them. History repeats when the lessons of the past are ignored.

Normal parents pushing back against hostile commissars in order to protect their children from degenerate propaganda will not be tolerated. Defiance of unelected bureaucrats and their diktats is White supremacy.

America, land of the free, is now a vassal state for the interests of a tribe of narcissistic merchants pursuing their ethnic interests at the expense of the self determination of the Europeans they subjugate.

The most insidious issue with this sick and degenerate regime is that no one is allowed to call things what they are without severe repercussions.

And when you can’t identify an issue, study it, classify it, or communicate it, you can’t solve that problem. You’re helpless.

And they’re very aware of that. A parasite is always entitled.

With the FBI now mobilized to suppress parents that are opposed Critical Race Theory, the question is no longer about ending CRT in public schools. It should be about parents moving white children into trusted homeschooling communities. The School system among many others clearly no longer wants you. Show them that you no longer need them.

The last time America’s Youth was attacked, it was through the erosion of gender roles and straight morals. With those pillars now gone, they’re able to directly focus on attacking race.

Today it is public schools, yesterday this involved the subversion of private, religious community youth programs. The situation deteriorated until the long standing partnership between the Mormons and Boy Scouts ceased to be. 20% of the organization was pulled out. Other Churches followed and the formerly prestigious Boyscouts are now bankrupt. While local communities now raise their youth by their standards. Their way of life. The same must be done with education now.

See also  Biden: "Nine and a half million turkeys, I tell you what, that's like some of the countries I've been to."
Trending: Views: 24