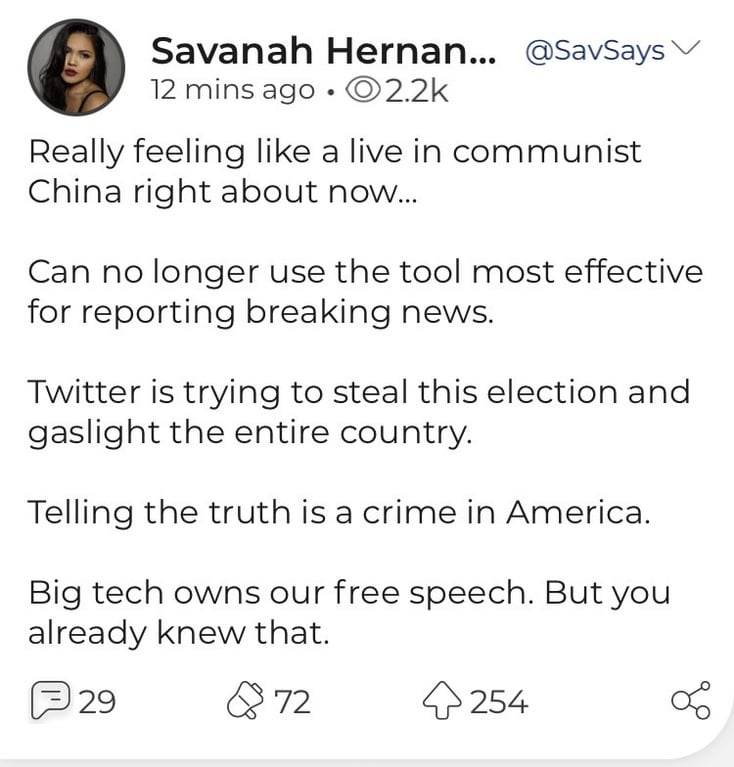 Censorship is getting worse it doesn’t feel like we have freedom of speech anymore. They are censoring what they don’t want us to know. If this was about censorship of false information then why weren’t they consistent on that when it came to Trump or other false stories pushed on others with barely to no evidence at all?

I am beginning to lose count, but I know that this is at least the third time since the summer that members of Congress and the CEOs have staged one of these political kabuki theater performances. The pattern is familiar: Zuckerberg doesn’t remember much, Dorsey shows up stoned but with plenty of stalling, sometimes nonsensical answers. Then Ted Cruz ABSOLUTELY DESTROYS them, which makes for some good blog traffic.

After that, the Jack and Zuck show gets back to business as usual.