We also have economic demands that must be addressed.

Related to economic demands, we also have demands pertaining to what we would formally call “Health and Human Services.”

Finally, let us now address our demands regarding the education system in the City of Seattle and State of Washington.

Sowell is talking exactly about these folks…

At least historians will look back and say “Not EVERYBODY was crazy….” 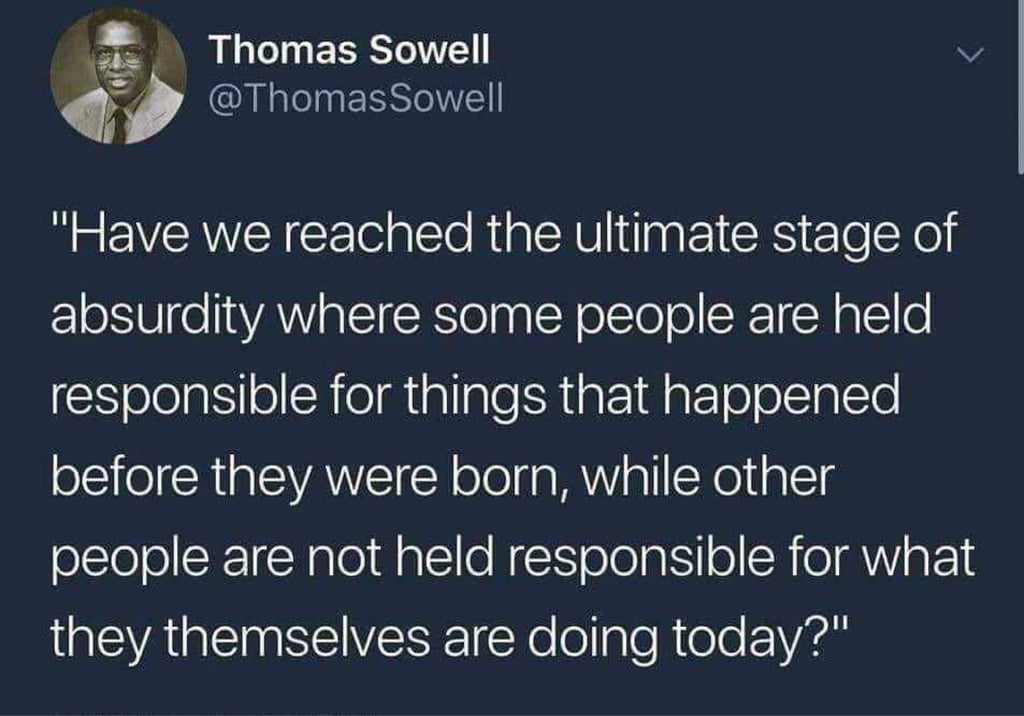