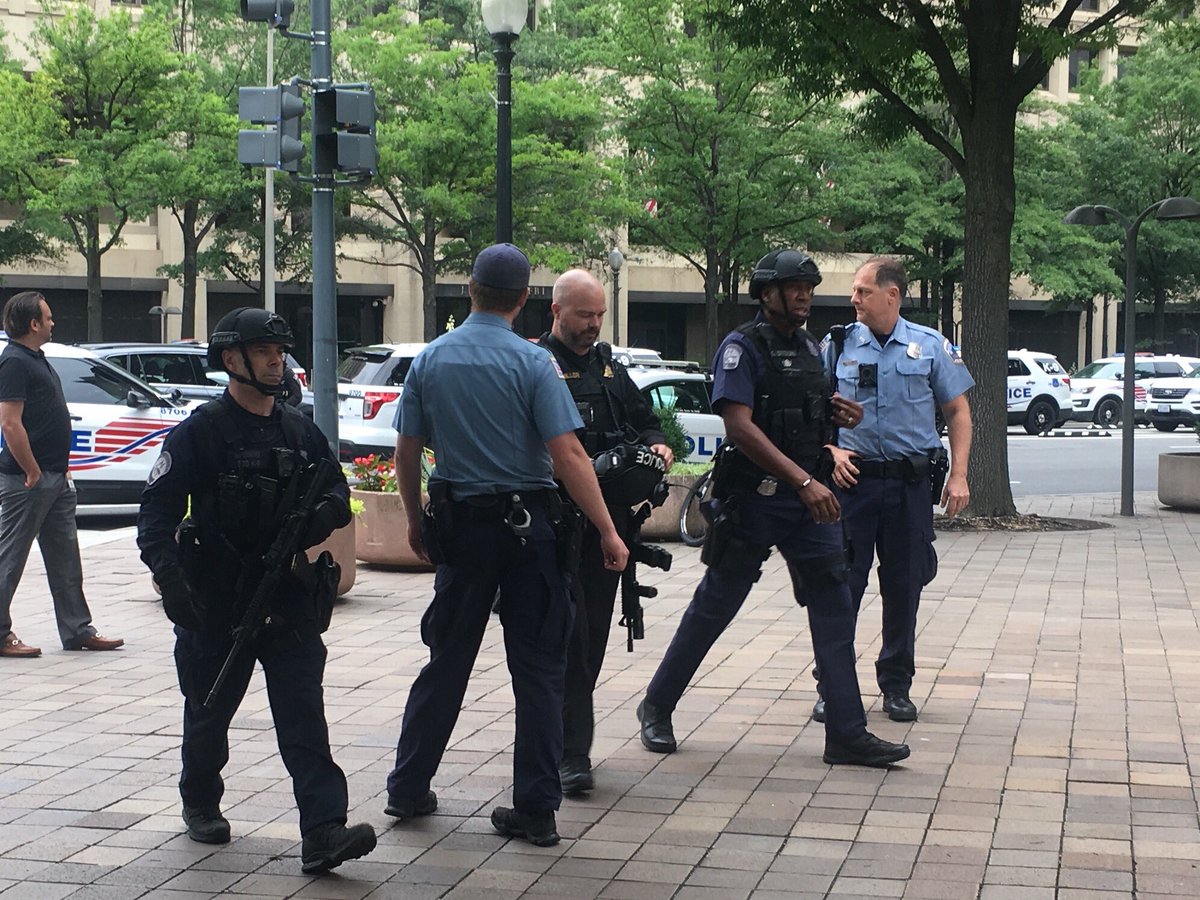 WASHINGTON (WJLA) – An all-clear signal has been given after police responded to reports of an active shooter at the Department of Justice late Monday afternoon.

Police officers in Washington, D.C. responded to notifications of a gunman inside the offices of the Justice Department on Monday afternoon before later issuing an ‘all clear’ alert. No injuries were reported, and it appears the incident may have been a stunt triggered by a third-party calling in the gunman threat.

Staff members were “sheltering in place” as the situation unfolded, a spokeswoman for the Justice Department told Reuters.

BREAK – report of active shooter at @TheJusticeDept – @nbcwashington on scene as officers move in pic.twitter.com/2AsPIGA3dL