“The human mind, except when guided by extraordinary genius, cannot surmount the established conclusions amid which it has been reared.”

“Before mass leaders seize the power to fit reality to their lies, their propaganda is marked by its extreme contempt for facts as such, for in their opinion fact depends entirely on the power of man who can fabricate it.”

Hannah Arendt, The Origins of Totalitarianism

“Privilege is not knowing that you’re hurting others and not listening when they tell you. Facts are threatening to those invested in fraud.”

Stocks were wobbling around again today. Since they have already retraced 50% of their big decline as shown on the futures charts below, a consolidation and decision point is natural.

There is no clear chart formation to reliably forecast the dirction of the next move. Several exogenous factors weigh on this.

The first is of course the simmering China-US trade war. A breakdown in talks would most likely cause equities to break to the downside, especially if it involves the activation of more tariffs.

The global economy is struggling, and this impacts and includes the US. Anything like a fresh trade war, or an unmanaged ‘dirty’ Brexit, might schock traders negatively.

Secondly, the Fed is still a major factor, although the likelihood of two more rate increases this year to 3.00$ has been greatly discounted in the futures markets.

There will be an FOMC meeting next week, and the markets will be watching what the Fed does, and especially what they say about their outlook for the rest of the year. I think there is a good possibility of a 25 bp increase, with hints of a more data-oritened, vigilant outook for a second. Unless something unexpected happens I suspect that a third rate increase this year looks unlikely.

It should be easily understood that macro events like China trae and Brexit may impact the Fed’s future decisions. Their bias to raising further from the zero bound is there, but they need ‘cover’ from the economic data to continue to engage it.

Perhaps more imporantly, although less headline inspiring, will be the continuing unwinding of their balance sheet.

Gold continues to mark its place, tied up in the whole ‘wating’ mode in the markets. At this point silver is following, yet to be unleashed.

After the bell Intel beat earnings estimates but posted a clear miss on revenues. Since earnings are much easier to gimmick up in the short run vis accounting strategies, the big revenue miss had quite the negative impact on the stock which had been rallying into the close on expecations of a bigger beat.

Both the Democratic and Trumpolini proposals to end the government budgetary shutdown were defeated in the Senate. One has to wonder how ugly the next ‘debt ceiling’ discussions will be. 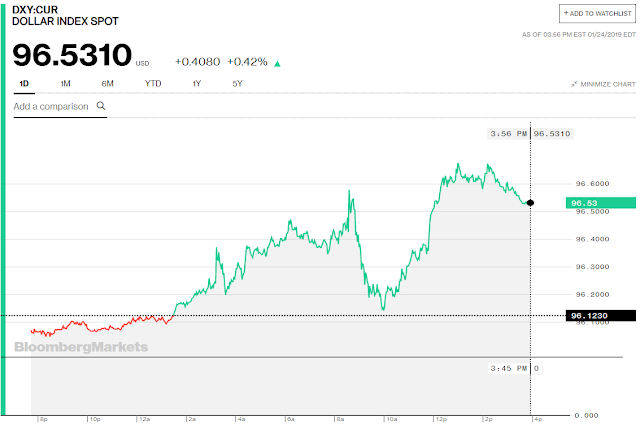 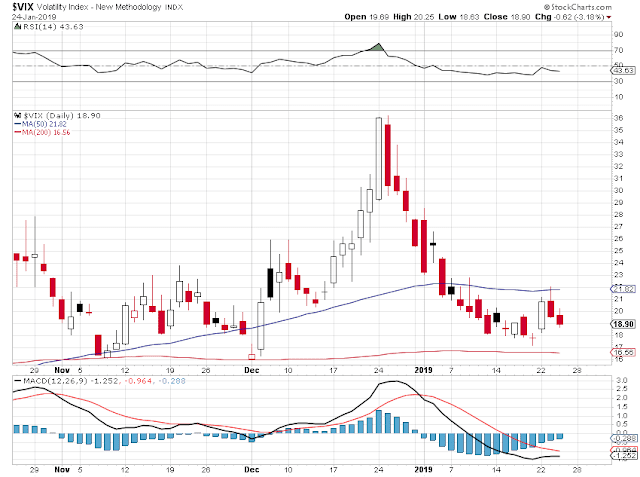 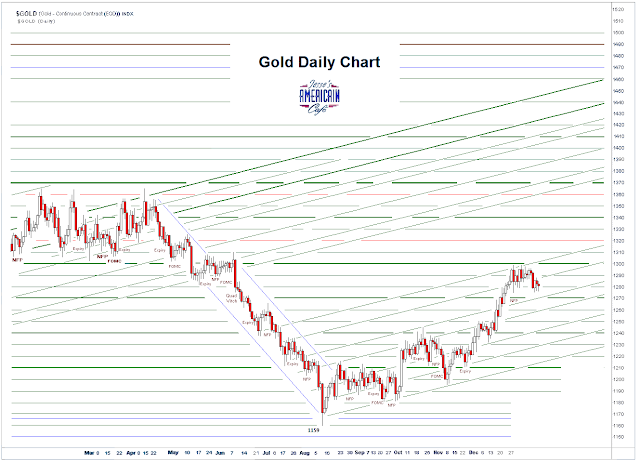 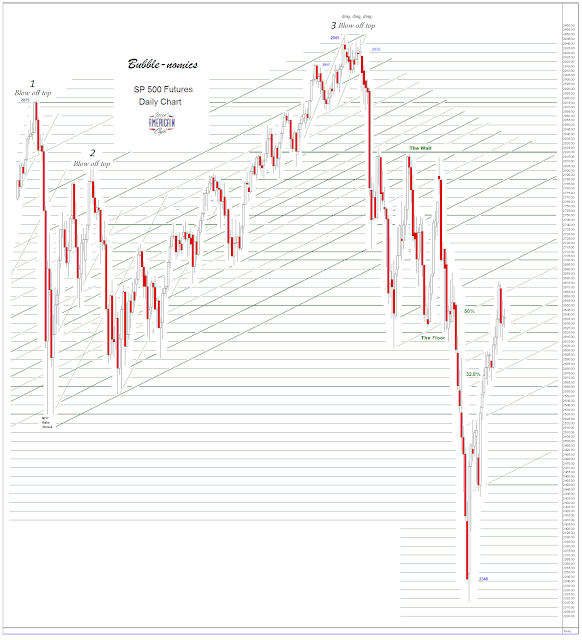 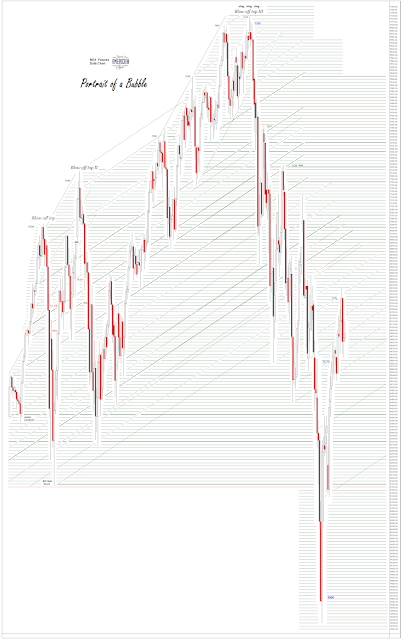