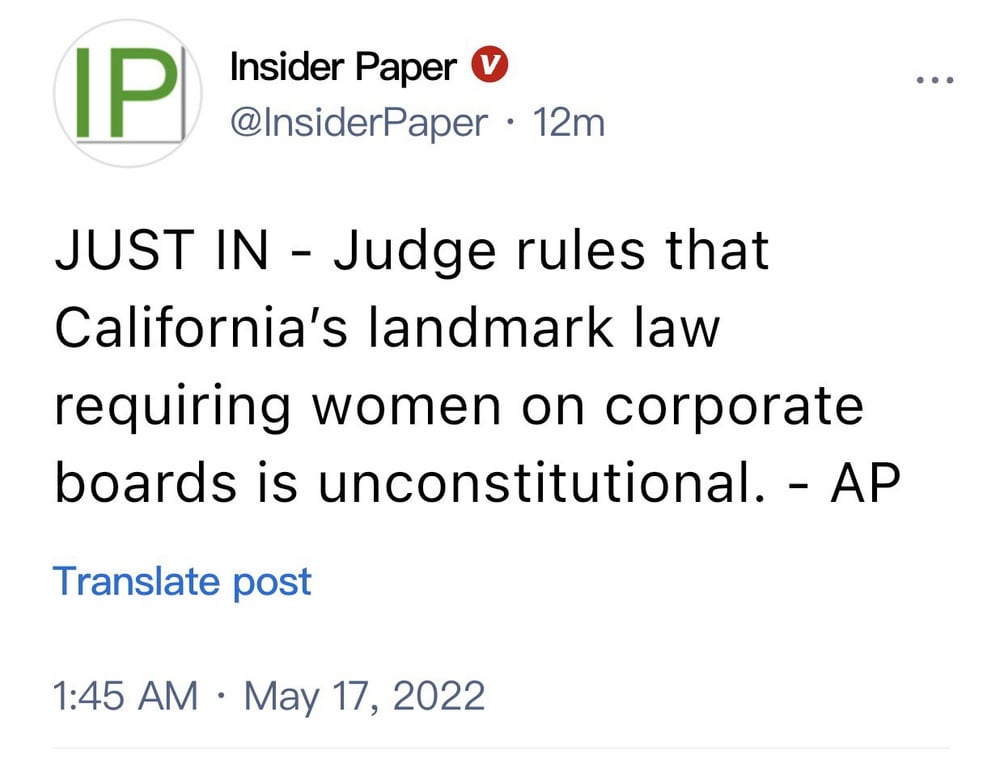 Superior Court Judge Maureen Duffy-Lewis said the law that would have required boards have up to three female directors by this year violated the right to equal treatment. The ruling was dated Friday.

The conservative legal group Judicial Watch had challenged the law, claiming it was illegal to use taxpayer funds to enforce a law that violates the equal protection clause of the California Constitution by mandating a gender-based quota.

The law was on shaky ground from the get-go with a legislative analysis saying it could be difficult to defend and then-Gov. Jerry Brown saying he was signing it despite the potential for it to be overturned by a court. Brown said he signed the bill to send a message during the #MeToo era.

In the three years it has been on the books, it’s been credited with improving the standing of women in corporate boardrooms.