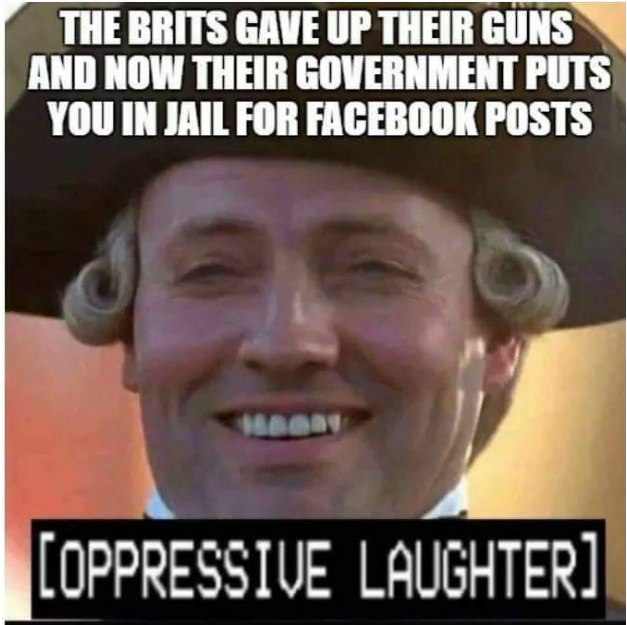 Do you remember what Rahm Emanuel, Obama’s handler, used to say back in the day? Never let a crisis go to waste? After winning the midterms, Democrats are now looking to pass aggressive gun control legislation in the aftermath of the mass shooting at the country music bar in Thousand Oaks, which ended up with thirteen people killed, including the shooter, a Marine Corps veteran.

Obviously, any such measure is pure populism on the Dems part, aimed at appealing to their hardcore fan-base, since the Senate is controlled firmly by Republicans, and President Trump would never sign such legislation into law, provided it gets passed through the Senate, which again, it’s impossible.

According to a California Democrat, Mike Thompson respectively, who’s also the chairman of the House Prevention Task Force:

“This new majority is not going to be afraid of our shadow. We know that we’ve been elected to do a job, and we’re going to do it.”

Do they plan to do anything about the mental health problem that should be at the center of analysis of these events?  SSRI’s use in particular. The guy in Sherman Oaks didn’t use an AR-15. He used a handgun. If they outlaw large capacity magazines, people who intend to kill a lot of people will bring a couple of extra mags with them. Short of confiscating ALL the weapons, I’m not sure what kind of gun control legislation would work. Or maybe, just maybe, we need to look at the issue of why we have people who, instead of just killing themselves, choose to kill a lot of innocent people.  I understand this is difficult and inconvenient, but it may just be necessary to really look at our society and culture and how it produces idiots like this.

I wonder if anyone bothered pointing out to these MENSA candidates that criminals aren’t likely to worry much about whether or not they’re breaking any laws buying a gun if they’re going to use it to commit a crime.

If there are no guns available (theoretically speaking), criminals just change weapons.  Big fast truck?  Molotov cocktail?  Guns are just tools. What these leftists don’t seem to comprehend is the fact that California already has some of the toughest gun control laws in the US. Did gun control stop this attack?

See also  You've heard “The Fed is trapped” a thousand times. THIS 20-minute video is the best explanation why.

The former Marine Corps veteran used a handgun to kill 12 people, including a cop, a Glock 21 pistol respectively. What gun control laws do you think would have stopped this guy? You want background checks? We already got them in Cali. You want waiting periods? We got those too.  You want limited capacity magazines? We’ve got them. You want gun free zones? Also known as target practice for mass shooters? We’ve got them. You want regulations on ammo ? Mental health laws? Checked, got them. None of those worked.

California has laws on high capacity magazines,  a 10 round limit respectively, yet this did not stop the shooter. Law enforcement interviewed the shooter 7 months ago, when he was involved in a domestic disturbance, and the cops decided not to detain him under mental health laws.

What’s the point of virtue signaling on Twitter? Gun control will never stop mass shootings. Only a good guy with a gun, whether a civilian (law abiding gun owner) or a cop can stop a bad guy with a gun. What liberal gun control laws would have stopped this shooting? The answer to that is none. We already have gun control in Cali, and look what happened.

With well over 357 million guns in America, what gun legislation would the Dems propose? We have at least one gun for every man, woman and child, hence feel good legislation is nothing but a hollow attempt to gain favor with the populace without giving a blue-damn in solving the problem.  The Dems are so wasteful with taxpayer dollars backing ridiculous investigations and lawsuits, i.e. the real problem is the deficit, which  going to blow our heads off soon enough and then we will need guns to hunt for food.

The only solution is getting back to basics, i.e. to the US Constitution, Second Amendment: allow law abiding citizens to defend themselves, to carry concealed everywhere, thus exercising their legal right to keep and bear arms. The left’s religious belief in the power of a piece of paper is impressive. There is nothing reasonable about refusing to police half a city (see Chicago&friends) for fear of racism while passing more meaningless laws.

If you ask me, it’s time to go deep on gun stocks. The last time this happened, sales went through the roof, as people rushed to buy weapons before they were banned. Obama was the best thing that happened to America’s gun industry.

See also  Oakland Shooting: This is how people reacted when the EMTs arrived.

PS: Notice the way they always call it “gun violence”.  When people get stabbed, they don’t call it “knife violence”.  Plenty of other examples along those lines:

I could go on all day. One of the most important laws California has is  the ability to administratively take away guns from people they think may be a risk.  In the recent shooting in California, which of these laws helped the situation?  None of the laws about banning certain features of a firearm helped.  Law enforcement had a mental health specialist evaluate the shooter beforehand, yet nothing was done.

Statistics and a review of the facts show that banning inanimate objects does nothing to deter mentally ill people from doing bad things.  But for a sound bite, to promote an agenda, we’re going to have to endure a bunch of politicians, who know nothing about that which they are attempting to legislate, shrilly appeal to emotion instead of reason on this subject.

Gun control does not mean the absence of guns.  It means only criminals and the government will have them, and we “ordinary” people will have nothing.