Canada is accepting a higher proportion of asylum seekers than it has at any time in nearly three decades, a CBC News investigation has found.
CBC obtained almost 90,000 asylum claim decisions made by the Immigration and Refugee Board of Canada between January 2013 and September 2017.
The decisions indicate where each asylum seeker comes from, why they said they had to flee their homeland and whether their bid to stay in Canada was successful.
The acceptance rate increased significantly in the past five years, to 70 per cent in the first nine months of 2017, up from 44 per cent in 2013.
The last time acceptance rates were this high was in 1991.
When asked what’s behind the increase, IRB spokeswoman Melissa Anderson said each refugee claim is reviewed on its own merits and decided on the basis of the facts and evidence presented.
Most immigration experts who spoke with CBC News agree an important factor was likely changes to the IRB system introduced at the end of 2012.
The result was that, in most cases, a claim had to be heard within 60 days of being accepted by the IRB. Before that, cases wouldn’t be heard for about 18 months, said Vancouver refugee lawyer Douglas Cannon.
Because lawyers had so much lead time, board members expected to see considerable evidence in order to approve a claim, he said.
But with the drastically shortened timelines, those expectations became unreasonable, he said, and board members had to make a call based on the evidence that could be gathered within two months.
Before the changes, for example, it may have been possible to get a police statement from Colombia documenting a reported assault, but likely not within 60 days. 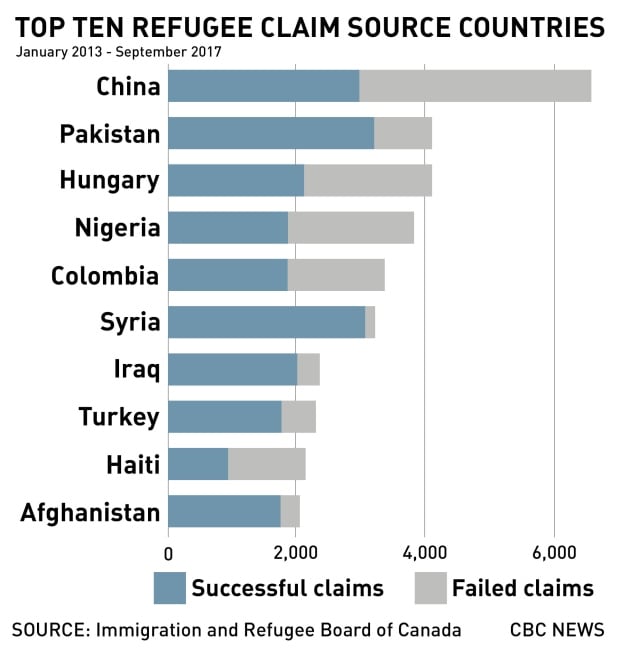