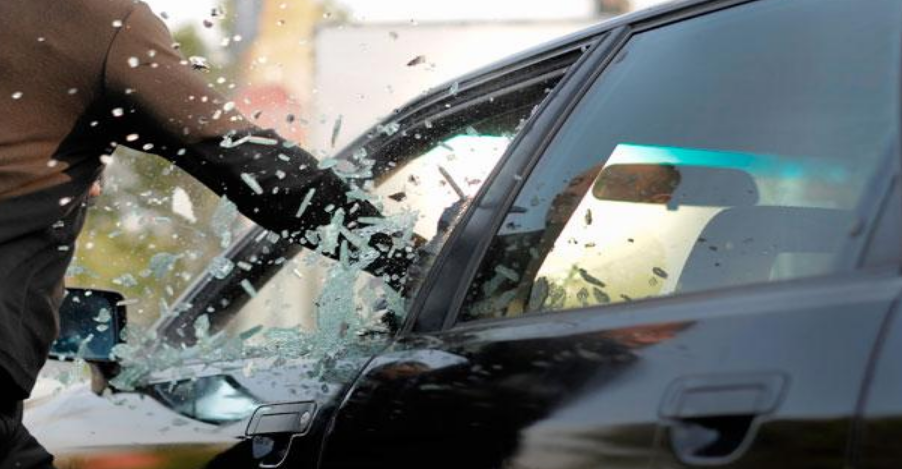 California crime is on the rise and many residents of the Golden State are now regretting the passage of a significant law implemented a few years ago that essentially emboldened criminals despite its good intentions.

In November 2014, California voted in favor of Prop 47, a law aimed at reducing charges from felonies to misdemeanors for drug and property crimes, including theft. The intention was to reduce the state’s prison population and emphasize rehabilitation, helping drug addicts keep a felony off their record for what lawmakers view as minor crimes.

As long as the theft does not exceed $950 in value, it is charged as a misdemeanor, no matter how many prior offenses one has on their record. Shoplifting, receiving stolen property, writing bad checks, check forgery, and other theft such as car break-ins are now deemed as misdemeanors if under the $950 mark.

This law has had a dangerous ripple effect throughout the state and its courts have interpreted it broadly to uphold it despite law enforcement’s opposition to this new reality.

In November 2017, the California Supreme Court decided that a person convicted of a felony for stealing a car can have that conviction reduced to a misdemeanor if the vehicle is worth less than $950.

Shattered glass from car break-ins are strewn on an increasing number of streets in the liberal bastions of San Francisco and Oakland. The numbers are astonishing.

Stories abound of this troubling trend on the rise from a tourist chasing after their stolen car on foot to a photographer who lost a couple’s wedding photos and an Olympic skater who had her skates and costumes stolen from her rental car.

Burglars work in organized groups called crews made up of career criminals. A 2016 civil grand jury report, stated that these crews consists of two to five people. 70 to 80 percent of all car break-ins in San Francisco are done by these crews which drive around in cars without titles or license plates that cannot be tracked down easily.

What is San Francisco’s solution for this out of control problem? Throw more money at it of course! In February, District Attorney George Gascon announced he’s seeking $1 million from the city’s board of supervisors to help put a stop to car break-ins in addition to adding a website and telephone tip line.

Recent data from LA’s Sheriff’s Department on the impact of Prop 47 in LA County is both sobering and incontrovertible.

New report shows the impact of Prop 47 in #losAngelesCounty. The sobering numbers vividly prove that we cannot afford, both in the fiscal and public safety sense, to continue to "experiment" with public safety #LASD #LAPD @LAPPL @AirportPoliceLA Read t.co/4ensEsUQwJ pic.twitter.com/iEzbCOlgWV

Since the prop’s passage in 2014 through the end of 2017, a total of 78,537 people were arrested in LA Country for theft or drug offenses that were made misdemeanors by Prop 47. After these arrests, more than 32,000 were arrested again at least twice. Many of these crimes were for Part I crimes, which includes homicide, robbery, arson, rape, burglary, and grand theft auto. LA County law enforcement has repeatedly stated that making thefts under $950 a crime of minimal consequence would in turn embolden and encourage more theft across the county and state.

See also  How the theft of 44 firearms from an L.A. gun store exploded into an LAPD scandal

The San Francisco Chronicle wrote an editorial about how the city by the bay needs to get serious about car break-ins.

A mere 13 arrests were made for more than 81,511 car break-ins reported online in the last seven years, according to data from the district attorney’s office. Police arrested only 446 people suspected of auto burglary from January through November 207 despite the fact that there were over 30,000 car thefts during that time.

San Francisco District Attorney George Gascón pointed out that the difficulty in prosecuting break-in cases is that is requires evidence that the car doors were locked. Otherwise, the theft with a smashed window and stolen property under $950 will be treated as a misdemeanor.

“San Francisco needs to treat this crime wave as the serious issue it has become,” the Chronicle concluded. It unfortunately does not attribute the rise in crime to the passage of Prop 47 despite ample evidence to the contrary.

Erica Sandberg’s January 2018 headline in National Review read, “After Proposition 47: Crime and No Consequences in California.” She pointed out the many flaws in this law that made crime more acceptable to criminals and subsequently reduced the police’s willingness to respond to rampant crime perpetrated in communities from San Diego to Sacramento to Chico.

Almost a thousand dollars in stolen property is not a small thing to many Californians. Many in the state now have such little trust in the system they thought was supposed to protect the innocent. Anger is expanding across the political spectrum by voters who thought they were helping reduce our prison population and assisting addicted individuals to help them stay connected with and involved in society. But the reality is far different as law and order has deteriorated in numerous and obvious ways.

“Every bicycle in our building has been stolen,” says Karen Burns, president of a San Francisco condo association. “I’ve caught so many people stealing packages. They don’t care. They know nothing will happen to them. It’s crazy. It’s horrible. I feel like these people need to go to jail.” But many do not. Many get away with it and live on without prosecution.

In addition, the personal use of drugs was reduced to a misdemeanor. The city of San Francisco now has addicts shooting up in public on a regular basis. Either on the steps of the City Hall, in front of a store or even at the entrance of a playground. As if fecal matter and urine on its city sidewalks weren’t bad enough, San Francisco now enjoys needles and wacked out addicts on its city streets.

See also  The voters of California must be proud....

Theft rose dramatically after the passage of Prop 47. Magnus Lofstrom, a researcher at the Public Policy Institute of California, referred to a 12 percent rise in larceny-theft in California right after Prop 47 took effect. “Crime rates always fluctuate, and the data isn’t always accurate,” says Lofstrom. Nevertheless, the early results are showing a disturbing progression that shows few signs of slowing down.

San Franciscans know crime is up. They don’t need to see the data. In January, Police Chief William Scott proved the point anyway, stating that there was a 24 percent increase in property crimes from 2016 to 2017. Auto break-ins are up dramatically in every district and the arrest rate is a lowly 1.6 percent. Addicts are nodding off and passing out in front of storefronts across San Francisco. Drug deals are being done in the light of day as the reduction of consequences have made these criminals care little about getting caught. Most don’t get caught anyway.

Prop. 47 has emboldened criminals. They steal $950 a day, everyday from stores. Their only punishment – a misdemeanor citation, just like a parking ticket. Shop owners are powerless…so is law enforcement. It's why I'm fighting to @KeepCalSafe t.co/I5p5MnwAyl

Some lawmakers are finally starting to listen to their constituents to fix these unintended consequences. State assemblyman Jim Cooper (D., Elk Grove) and Sacramento County district attorney Anne Marie Schubert are spearheading Assembly Bill 16, an initiative that will reverse some of Prop 47’s damage. Those convicted of a third theft of property worth $250 in the proposed law could be charged with a felony and DNA collection would be reinstated for certain misdemeanor convictions. If 370,000 signatures are obtained, the measure would be put on the November 2018 ballot to pass it into law.

I’m all for reducing our prison population if the emphasis is actually put on additional and effective rehabilitation facilities which can handle the additional influx of addicts. But I also want laws that do not incentivize crime or reduce the legal consequences that in turn encourage criminals to steal even more. Prop 47 had a noble intention behind it but it has resulted in a catastrophic rise of crime that is unacceptable to a majority of Californians.

Let’s hope California wakes up and reverses this law that has directly resulted in a rise of car break-ins, shoplifting, property crime, and auto thefts. Law and order is craved by all. One should not feel uncomfortable or unsafe in their own community.

Bob is a freelance journalist and researcher. He remains forever skeptical of the mainstream media narrative and eternally dedicated to uncovering the truth. Bob writes about politics (in DC and CA), economics, cultural trends, public policy, media, history, real estate, Trump Derangement Syndrome, and geopolitics. Bob grew up in Northern California, went to college in Southern California and lived 4+ years in Seattle. He now lives in sunny Sacramento. His writing also appears in Citizen Truth and has been posted on ZeroHedge.