It happens so quietly at first. Tried to find a pay phone lately?

Probably not. But on the very rare occasions over the course of my recent adult life that I have been without my cell phone and needed to make an urgent call, if I’ve been lucky enough to find a freestanding pay phone somewhere, the handset has unfortunately never replied with a dial tone.

It was never shocking to me to find less and less of the singular mode by which I called my parents daily from school when soccer practice ended to tell them it was time to pick me up. Antiquated technology, for sure.

But when did they all disappear?

Look around, and you’ll see the very same process has now begun with banks, too.

ATMs, once themselves the vanguards of banking automation, are following suit; in the UK, 500 disappear every month.

Call me paranoid, but I do not like what this portends for my most basic freedoms.

I like cash. It reminds me of just how much I’m spending. As much as I know it’s the exact same transaction, I put a lot more thought into whether or not I really need a new tablet when I have to fork over fifteen $20 bills than blithely tap my credit union debit card against a screen.

That’s good reticence; that’s healthy consideration. Walking around with just cash, I know I’m less prone to overspending. It’s just harder to hand over a wad of bills because I see and feel the loss. As I should. My debit card transactions are too frictionless, too easy. It may be a distinction without a difference, a grade-school mind game, but I’m not too proud to embrace cash’s simple, elegant utility.

Access to cash, however, both US and worldwide, is less readily available than it was a decade ago.

A decade from now, cash itself may be viewed as a strange, dirty, expensive anachronism of another age. This isn’t exactly a renegade stance; no more mainstream a source than NBC News forecasts that cash will be gone in the US by 2027.

So what? Who cares? If you value one of the last true bastions of privacy over which you can exercise a fair amount of meaningful control, you should.

Merely walking into a store with a cell phone looking for a wifi signal can open the information floodgates, enabling your device to send a barrage of personal information to store servers without ever letting you know.

Running a certain kind of legal-in-your-state business? Good thing you can accept cash. Banking options that don’t place you in direct conflict with federal law are slim to none.

And exactly where did you come by this cash you wish to deposit in our bank, sir? Increasingly, cash deposits of any kind are placed under scrutiny. The mere possession of all but the smallest amounts of cash is now associated with criminality.

Layer by layer, your ability to do business, to transact, is being peeled away. Heck, your ability to even exist without actively reporting real-time personal information to malicious corporate entities is difficult to maintain.

Did you know hundreds of apps on your cell phone can listen in to what ads your TV is playing in real-time? Those TV ads are implanted with an ultrasonic beacon (think dog whistle) you can’t hear, but your cell phone (or tablet, or laptop) can.

Those apps then pay attention to what you search for, how quickly you search for it, feeding them vital information about the effectiveness of the TV ad they just heard, as they calculate how to extract more money from you. Though they may seem idle to you, they’re actively collecting information about where you are, what you’re doing, and how advertising is affecting you. All in the “privacy” of your own home.

And you often can’t opt out. Because most apps don’t even tell you they do this, or bury it so deep in legalese they might as well not.

Facebook is well on its way to being the vanguard of this odious malware. As if it hasn’t run roughshod over privacy fully enough, they’ve recently filed a patent to beef up and streamline the process of surreptitiously listening to what you and your children are watching via the mic in your phone: 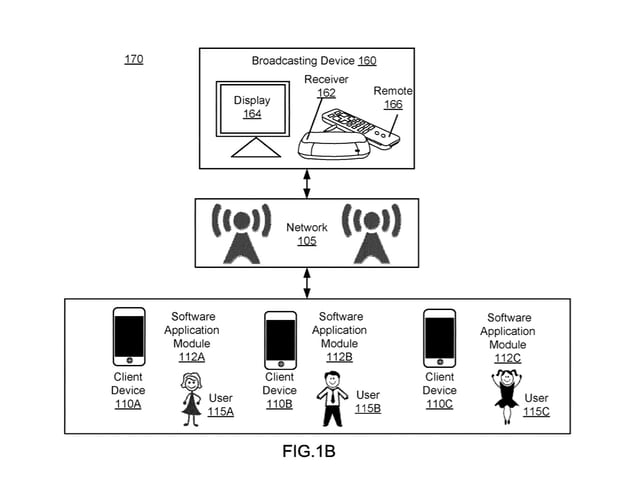 Your privacy, as you know it and understand it, is a mirage.

Except, for the most part, with cash.

I’m not a big fan of banks. And I have my own “negative interest policy” when it comes to providing them free information with which they will then to try to upsell, overcharge, and defraud me.

As Facebook has amply proven, the “free” data you provide by allowing them access into your life is worth a lot of money, and that data is primarily used to manipulate you.

In simple day-to-day commerce, I don’t provide anyone with that information. That’s my choice. And it’s cash that gives me that option.

Take it away, in a world where cryptocurrency is not yet universally accepted, and you’re down to credit and debit cards. Which, for all their convenience, leave you vulnerable to identity theft and feed a daily ticker tape of your every financial decision to corporations who specialize in deception and illegality, freely handing them the ammunition required to make their weapons of invasive mass marketing, which are always aimed right at you, fire.

Of course, why not go for the dirtiest trick, the most reprehensible tactic? They’ve been paying attention to what happens when they’re caught. They know what fallout they will face.

They’ll have to pay a fine. A fine that is less than the profits they made from committing the crime (I believe a portion of profits is actually called a tax… so maybe this is a “you got caught” tax).

HSBC laundered billions of dollars for Mexican drug cartels and terrorists and got caught. A crime so vile, vast, and directly tied to promoting the most extreme violence imaginable it would be unbelievable in a work of fiction. Their penalty?

Forfeit five weeks of income and have executives partially defer their bonuses.

No wonder other banks decided to work for the cartels.

Do you want to live in a world where you have essentially no choice but to give the HSBC and their ilk a front-row seat to your spending habits?

Which is a compelling reason to own assets completely outside the banking system itself. Cash for walking around money works well, for now. But inevitably, that same cash is trending toward worthless with every passing day. Keeping anything other than a fraction of your wealth in cash is dangerous.

So for investment-sized quantities of money, there is gold and silver. Better and safer than cash, gold and silver are long-term stores of value and protectors of long-term value and purchasing power. If stored in a vault, it’s literally better than “money in the bank”, as its far less vulnerable to inflation and policy whims.

Keep in mind these vaults operate entirely outside of the US banking system; regardless of what sort of systemic freeze occurs or government edict is enacted, your assets will remain safe and sound.

Until you request them. Anywhere, anytime. And they will be shipped to you, from any of GoldSilver’s four vault storage locations (three of which are outside of the US).

And what does it cost to put this best-of-all-worlds solution to work in your portfolio today? Less than you think. Far less.

For the price of a single cup of coffee from Starbucks, enjoy world-class investment security, liquidity, and fiscal self-defense. In a world where you are being consistently, silently robbed of your personal sovereignty, fight back, and protect your wealth.