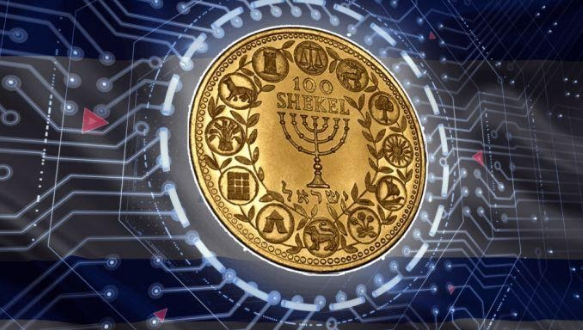 Do you know what CBDC means? The acronym stands for Central Bank Digital Currency and it’s basically the NWO’s response to the rise of blockchain based cryptocurrencies.

As usual in our fake and gay world, CBDC is nothing like Bitcoin, as in CBDC is basically a country’s official currency in digital form. I know what you’re thinking: but Chris, we already have that today.

And you’d be 100 percent correct: the major difference between a blockchain based crypto like Bitcoin and CBDC is that the latter is basically fiat money in digital form, totally controlled by a central bank, which has the power to issue more of it, set the terms on it, or to decide what the respective currency is good for.

Basically, full implementation of CBDC means the death of cash money, and the central banker cabal will have full control over you, as in they can shut down your ability to use their currency. As in, if you’re a dissident or whatever, the bank will block your wallet address, or force you to spend your CBDC in certain places only.

Since we’re talking digital currency, the bank can also put a time limit/expiration date on your money, so if you don’t spend them all within a certain amount of time, it will disappear from your wallet.

Israel, our best friend and ally in the Middle East that never fought alongside US troops on the ground already tested CBDC:

Toward the end of a panel discussion, Abir said the Bank of Israel had already run a digital currency pilot. Another member of the panel seemed surprised and asked: “You have already issued a coin?” Abir responded in the affirmative.

So, to make it real easy for boomer tech types, a CBDC has nothing in common with, let’s say Bitcoin. CBDC actually means you have way less freedom than you currently have with paper money.

Why? What's the point?

Can someone explain this to me in practical terms? How is transacting in a 'digital currency' any different than transacting electronically in the traditional fiat currency?#crypto t.co/e1jBSI3sa4

If you come to think about it, more than 90 percent of the money in circulation is already digital (numbers in a computer basically), which means most people are already using “digital currency.”

So, introducing CBDC means that nothing will actually change, except for more restrictions on how one is allowed to use their digital money.

The Bank of England is going all in:

There are 12 months to go until we move to using a new, global standard for processing payments. Read the speech: t.co/a9cIEe8h9b pic.twitter.com/28UInKi5T1

Switzerland and France are also riding the gravy train:

Is this spelled out enough for you anon?$XRP $XDC $ADA $DOT $HBAR $LINK t.co/vQLyZnINzh pic.twitter.com/5hW5QRcibl

The US is still lagging behind Europe, maybe because we’re slowly becoming a third world shithole, but we’re getting there, no worries.

Probably one of the most important moments during the "House hearing on the Digital Dollar" was @rohangrey bringing light to the privacy concerns of the US Dollar CBDC.

Bottom line, this is all part of the Great Reset, and CBDC is a necessary step in introducing UBI.

With UBI, large swaths of people will become completely dependent on government subsidies, and if you want to get your UBI allowance, you’ll have to be a good goy.

This will be coins that are totally controlled by the government, which you can only spend how they want you to spend them, and which you will not be allowed to store up or use to build a business.

The new world after the Great Reset  is going to be a nightmarish dystopia of multinational corporations ruling over masses of mocha-latte peasants, where everything is owned by monopolies colluding with a one-party system of government.

We’re getting there fast, don’t you think?

THE BANK FOR INTERNATIONAL SETTLEMENTS HAS GIVEN ITS FULL BACKING TO THE DEVELOPMENT OF CENTRAL BANK DIGITAL CURRENCIES, SAYING THEY ARE NEEDED TO MODERNISE FINANCE AND ENSURE 'BIG TECH' DOES NOT TAKE CONTROL OF MONEY.