There are two ways to respond to the central bank manipulation of the gold market. First, one can decry the unfairness, the illegitimacy, the maddening abuse of power.

Second, one can recognize that market manipulation to suppress the gold price means that one can buy gold, right now, for less than its true free market value. All manipulation, over the longer term, is unsustainable. True values always emerge eventually.

And if this well-researched GATA report is correct, the central banks are having a harder and harder time keeping the lid on the gold price.

Big changes have occurred in the international gold price suppression policy. These changes indicate growing tightness in the gold market — indicate that governments and central banks are having to work harder to keep the price down.

First, the Bank for International Settlements, the association of major central banks, has jumped back into the gold market. 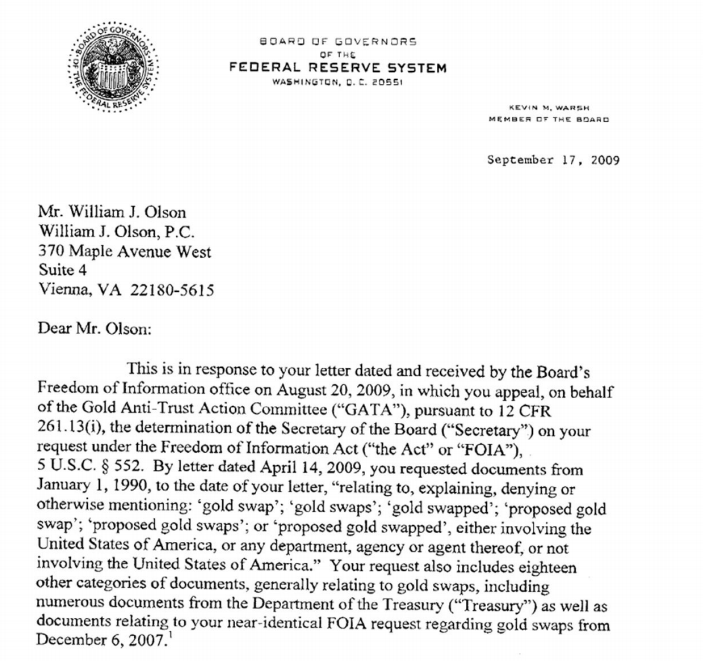 A few years ago GATA sued the Federal Reserve in U.S. District Court in Washington for access to its gold market records. We received very little access, since the court ruled that nearly all the Fed’s gold records are exempt from disclosure. Indeed, the most notable information we got by suing the Fed was the possibly inadvertent admission in writing by a member of the Fed’s Board of Governors, Kevin M. Warsh, that the Fed has gold swap arrangements with foreign banks and will never disclose them.

thousands of gold futures contracts that have been called for delivery have been moved off the exchange in private transactions called “exchange for physicals,” or EFPs.

One implication of this development is that there isn’t enough gold in Comex warehouses to cover futures deliveries sought in New York and that deliveries have to be moved to London, where transactions are more easily concealed by mechanisms controlled by the London Bullion Market Association, or where long contract holders seeking delivery can be paid privately to postpone delivery.

There may be other explanations for this development, but it is recent and signifies that something big has changed about the gold market in the last year.