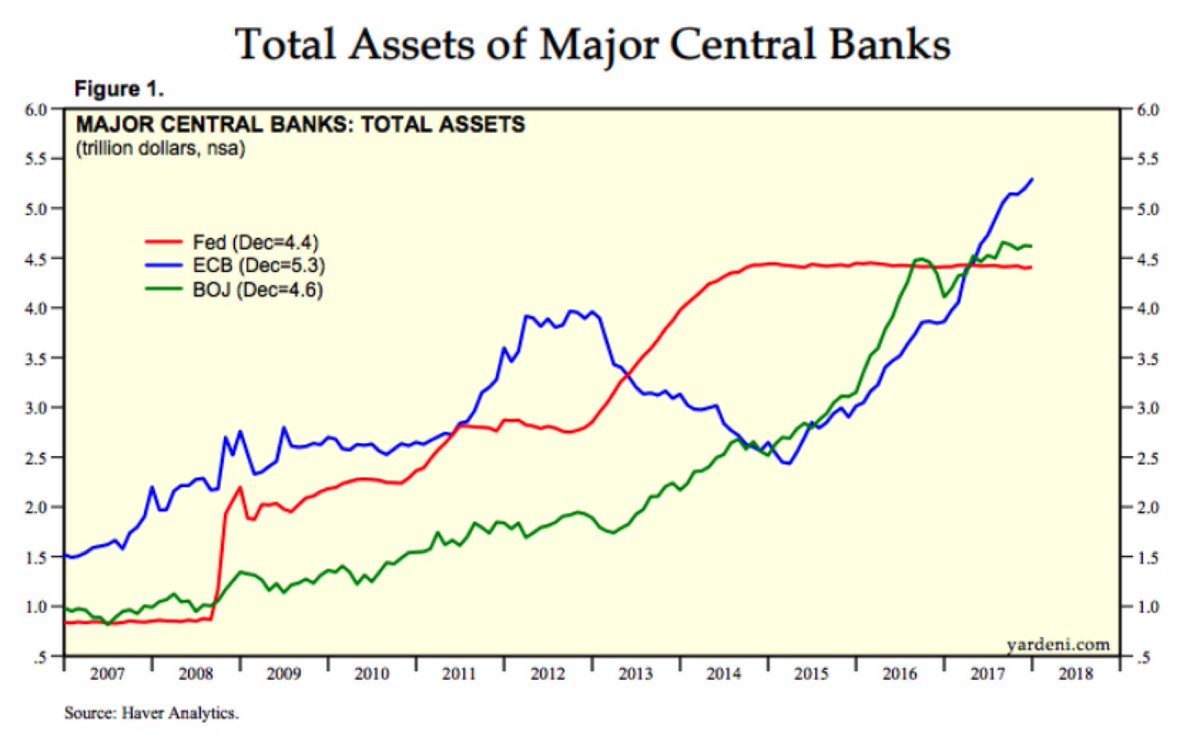 Sarah Sanders tells a half-truth of why asset prices are accelerating and it's not b/c of Trump. Massive QE by global central bankers pic.twitter.com/gOelnC7sbp

Here, I fixed their chart for them pic.twitter.com/9DKXUtQbWE

Chief among Mr Lipton’s warnings was that “the rapid appreciation of asset valuations” during the past year ought to “heighten our concern” about how susceptible to a crash some financial markets might be.

The World Bank raised similar concerns about overly high share price valuations last week – they have now reached levels not seen since the dotcom bubble in 2000 and the Wall Street Crash in 1929.
Other major worries were that rising political tensions might not only lead to greater protectionism in the global economy but also “overt security conflicts”.
The greatest risks to the longer term health of global prosperity however, and “a cloud” hanging over growth prospects, are low wages and sluggish productivity. Richer and less developed nations needed to make significant changes to their economies in order to improve growth and living standards, the IMF chief warned.

Most Americans can’t cover a $1,000 emergency
‘Fear of missing out’ runs wild as record amount of money flows into stocks the last four weeks
twitter.com/NorthmanTrader/status/954761261694246912